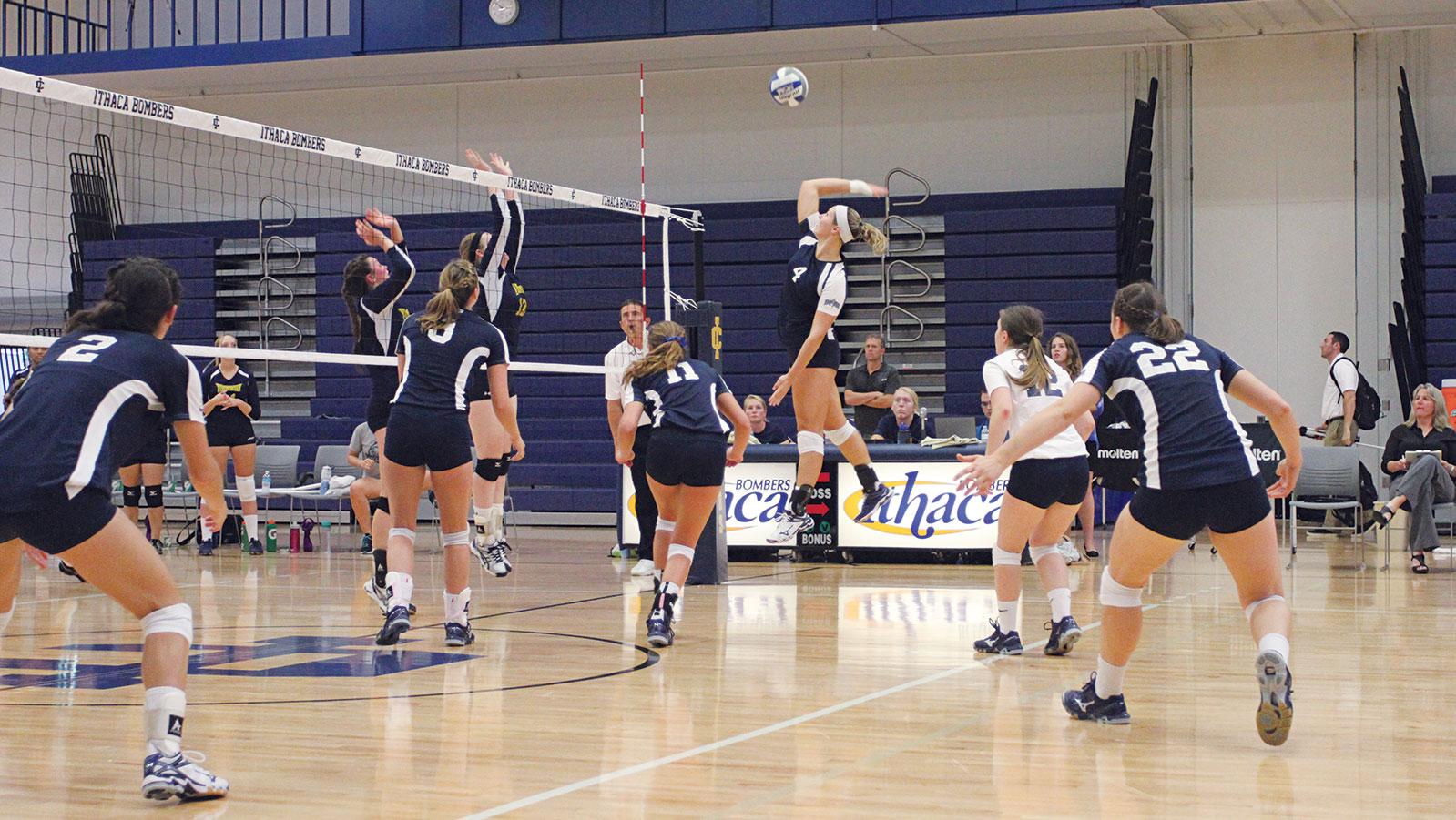 The Ithaca College volleyball team had an impeccable season last year with its 25–11 overall record, following its 2013 16–22 losing season.

In their 2014 campaign, the Blue and Gold also placed third in the Empire 8 Championship and advanced to the Eastern College Athletic Conference Metro/Upstate Championship. At the championship, they won 3–0 against Alfred State College in the semifinal and went on to defeat Ramapo College of New Jersey 3–2 in the championship match.

The Bombers went 6–2 in the conference, which was an improvement from the previous three years, in which the South Hill squad went 4–3 each year.

However, over the past few years, the team has been defeated by conference rivals Nazareth College and Stevens Institute of Technology. One of the main goals this year will be to defeat these rivals, senior captain Dylan Gawinski-Stern said.

The Bombers took a pair of losses at the hands of Nazareth last season, including the Empire 8 Championship, and lost to Stevens 3–0.

Gawinski-Stern said the team is using its positive energy from last season’s success to bring much more intensity this upcoming season. 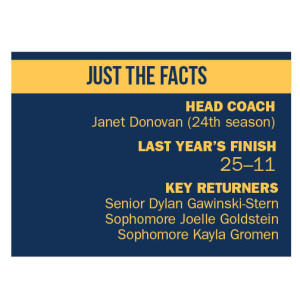 “We are focusing every practice to keep a competitive team, preparing us for the matches ahead,” Gawinski-Stern said.

Head coach Janet Donovan said one of the main focuses this year is to grow into the best team the Bombers can be, which will come through learning from last season and making their play as a team stronger than before.

The South Hill squad graduated Rylie Bean, senior captain and outside hitter, but have five incoming freshmen stepping onto the squad. Bean competed in 28 matches during her senior season. The lone senior played 91 sets and averaged 4.05 points per set, with a .215 hitting percentage last season.

The team will look to strong sophomore and junior classes this season, Donovan said, as Gawinski-Stern will be the only senior on the squad this fall.

Goldstein played in all 36 matches for the Bombers last season, leading the team with both 383 kills and a .264 hitting percentage. Gromen also competed in all 36 games in 2014 and collected a team-best 809 assists. The setter and libero also had 418 digs and 50 service aces on the season.

Donovan also said sophomore Caroline Gerulskis will bring success to the squad, and the Blue and Gold will also have a few freshmen who will bring more depth to the team as it looks to have another winning season. Some of the freshmen Donovan mentioned include Hailey Adler, Katie Evans and Amanda Cerruti.

Donovan said the goals for the team this year are simple: to do even better than last year and to reach its maximum potential.

Gawinski-Stern said with new players come new skills, which always makes the players work together and improve their game in practice every day.

The only senior captain also said the team is very close and knows how to come together to be victorious. This will be an advantage for them in the upcoming season, Gawinski-Stern said.

“The most important part of any team is to be united,” she said. “Having a cohesive team with the same goals will be critical to get us where we know we can go.”

Gromen said she thinks the team is just as strong as, if not stronger than, last year’s.

“We have a lot of returners, which will give us a good edge because our team chemistry is already there,” Gromen said. “This year, we are trying a new approach to our practices, which have a lot of competition built in.”

Donovan said she does not know for certain who will start for the squad, but the Bombers will jump into their season at the beginning of September.

The Bombers will kick off their season Sept. 1 against Cazenovia College in Cazenovia, New York. On Sept. 4 and Sept. 5, the Blue and Gold will travel to the Brockport Invitational in Brockport, New York. At the tournament, the Bombers will compete against Gordon College, Skidmore College, Penn State Behrend and SUNY Brockport.

The Bomber Invitational is set to begin at 7:30 p.m. Sept. 11 in the Ben Light Gymnasium.

Since it is Gawinski-Stern’s last year at the college, she said her personal goal is to make the most out of this season.

“My goal is to play with the amazing women on this team and be Empire 8 champions. With hard work and determination, I know we can make it,” Gawinski-Stern said. “We as a team are fighting and ready to take that E8 championship title.”