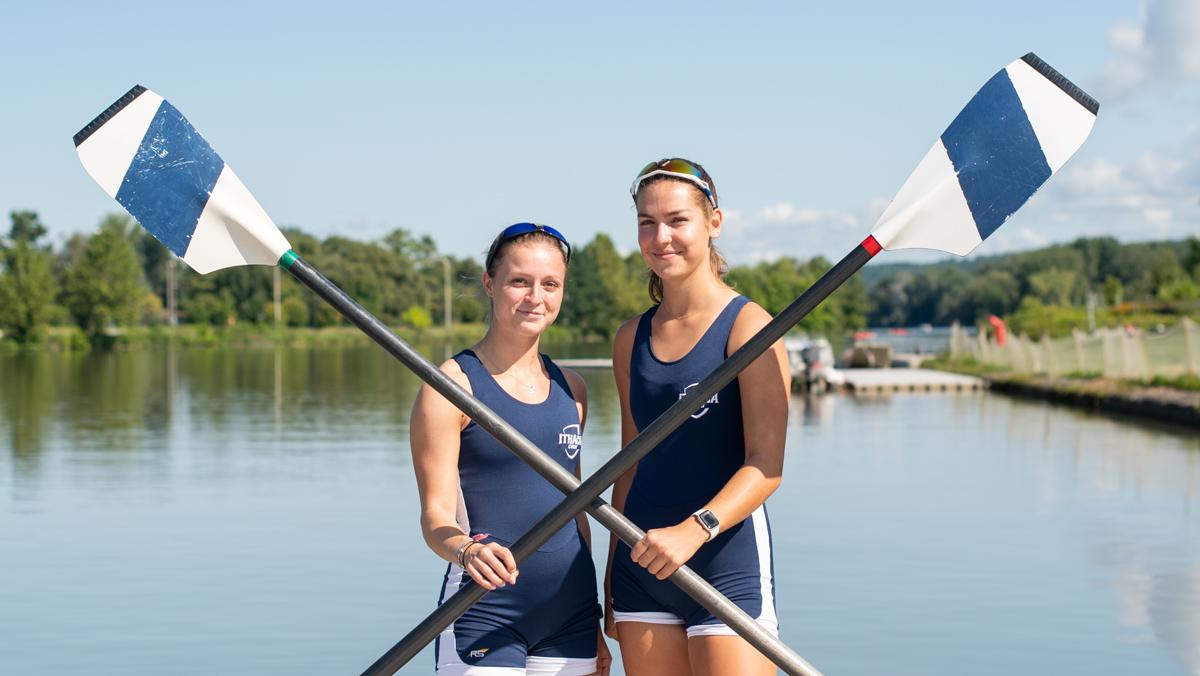 The Ithaca College women’s sculling team may be small, but it is a mighty force on the water and in the world of collegiate rowing.

The number of scullers each year varies, but last season’s smaller-than-average team was made up of 12 athletes who achieved a successful season with many top finishes throughout the fall.

Senior Liza Caldicott was a standout on the sculling team as a junior last year. She was named the 2018 Cayuga Sculling Sprints Lightweight Champion, and she holds the Cayuga Inlet 2k and 1k all-time course records.

Caldicott said that heading into the fall, the team hopes to increase its competitiveness compared to the 2018 season.

“A lot of us were new last year, and now we’ve done it before, and we’re almost veterans at this point,” Caldicott said. “More than anything, we’ll notice a change within our own speed, which is so gratifying and exciting.”

Caldicott said the Bombers’ focus for the fall is less on competition and more on improvement. 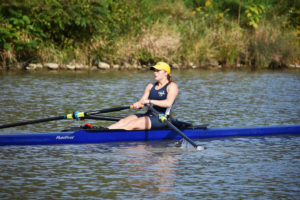 “It’s more about reflecting about yourself and learning to get those nitty–gritty technique things down,” Caldicott said. “For the fall, our coaches really focus on improving within each person rather than within each boat.”

Head coach Beth Greene said she expects the team to post many top finishes in challenging races. The Bombers won the single event last year at the U.S. Rowing Small Boat Challenge on Oct. 7 in Mercer, New Jersey, and Greene said she is hoping to repeat the title.

Five of the Bombers’ 12 scullers graduated from the team last year. The most significant loss was Savannah Brija ’18, who was part of the 2018 Liberty League Crew of the Year and was named a member of the All-Liberty League Women’s Rowing Team.

Dania Bogdanovic was the only freshman on last year’s squad, but she had a significant impact throughout both the fall sculling season and the spring crew season. She said the process of earning a spot on the sculling team makes the team more competitive and motivated. In order to earn a spot on the team, the athletes have to scull in a time trial on the water, perform a 30-minute row on an ergometer that measures distance and complete a timed run.

“I think that this process puts just the right amount of pressure on everyone to be fit and ready for the season,” Bogdanovic said.

Greene said that because the sculling season is shorter than the spring crew season, the coaching staff focuses training around preparing for the championships at the end of the season.

Although sculling is more of an individualized sport, Caldicott said the squad has a mentality of competing as one team, and that is a key factor to its success.

“We really focus on the fact that no one is more or less important than anyone else, and everyone works together to reach a common goal,” Caldicott said. “No one should feel like they are an outsider or entitled to anything.”

Caldicott said that heading into the fall, they will rely on their inclusive team culture and determined athletes to carry their success. There are no guaranteed returners every season, and tryouts will be held when the crew athletes return to campus for the semester. Bogdanovic said the top goal of most athletes is to secure a spot on the sculling team.

“I don’t know yet who exactly will be on the sculling team, but I do know that whoever is on it, we will all rise to the expectations,” Bogdanovic said. “Individuals who were on the team last year will most definitely look to improve their results while new members of the team will look to set their new standard.”

The sculling team will begin its competition season at 9 a.m. Sunday, Sept. 22 on the Cayuga Inlet at the Cayuga Sculling Sprints.