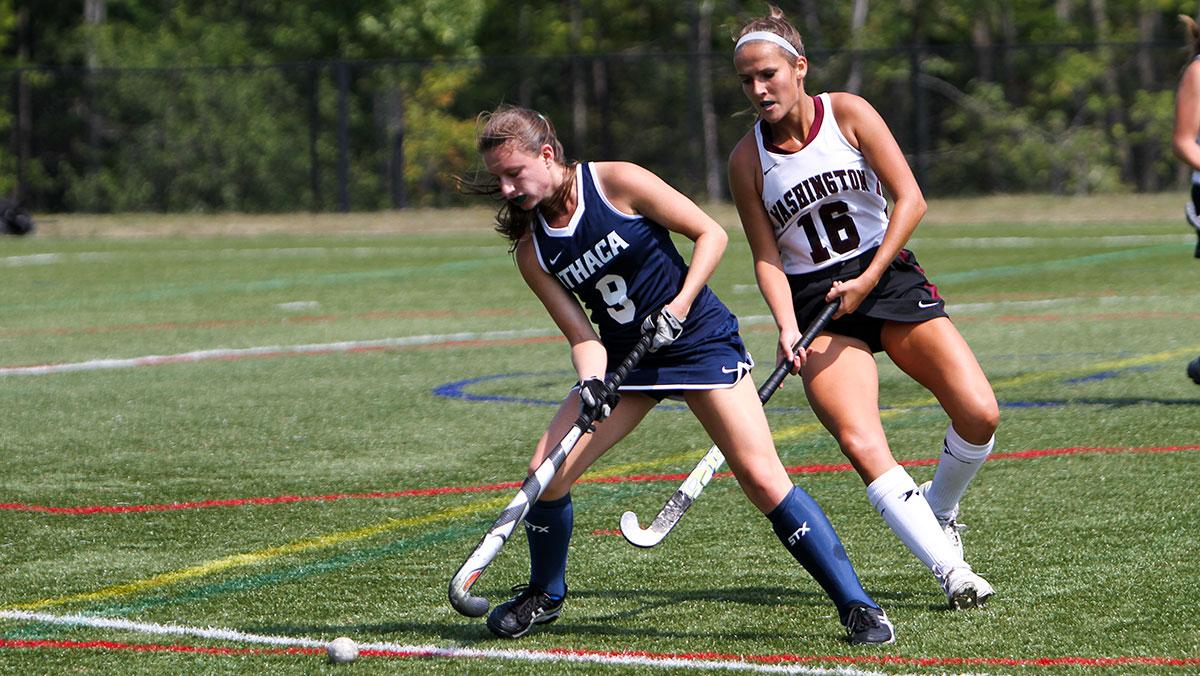 The field hockey team took to field Sept. 5 against Washington College for its home opener at Higgins Stadium, pulling out a 3–1 win and moving to 2–0 on the season for the third time in the last four years.

The last time these two teams met, Washington took the 2014 season opener by a 2–0 score in Chestertown, Maryland.

The first half was dominated by plenty of scoring chances on the Bombers’ behalf, only to be rebuffed by a solid Geese defense. In the first half, sophomore Amanda Schell took a shot that bounced up and over the head of senior Washington goalie Sadie Robertson for a 1–0 lead. It was Schell’s second goal in as many chances.

Schell said watching her goal float into the net felt like an eternity.

“I just kept hoping it would fall in the net, and it did,” Schell said.

In the first two minutes into the second half, sophomore Michaela Donohue extended the Bombers’ advantage to two goals with a backhanded shot into the bottom right part of the net off an assist from junior Colleen Keegan-Twombly. The goal was Donahue’s first of the season and the first second-half goal the South Hill squad has scored this season.

Donohue said she was pleased her goal established a lead the team they would never relinquish.

“I just set my feet and took the shot, and it found the net,” she said.

Washington put the pressure on with ball control and three penalty corner opportunities to make it close as the game came to a close. Allison Remenapp delivered the ball to Jenn Miller, who drove home Washington’s first goal making it 2–1.

With 11 minutes left in the game, senior captain Caitlin O’Brien extended the Bombers’ advantage with a goal off a penalty corner assist from junior Lauren Delia.

O’Brien, entering her final year as a member of the squad, said she was thrilled to have won all four of her home openers.

“It’s always great to come out and play in front of our fans, and we feel like we’re unstoppable on this field,” O’Brien said.

The Blue and Gold will take on rival SUNY Cortland at 4 p.m. Sept. 9 at Higgins Stadium, looking to continue their winning streak to three games.