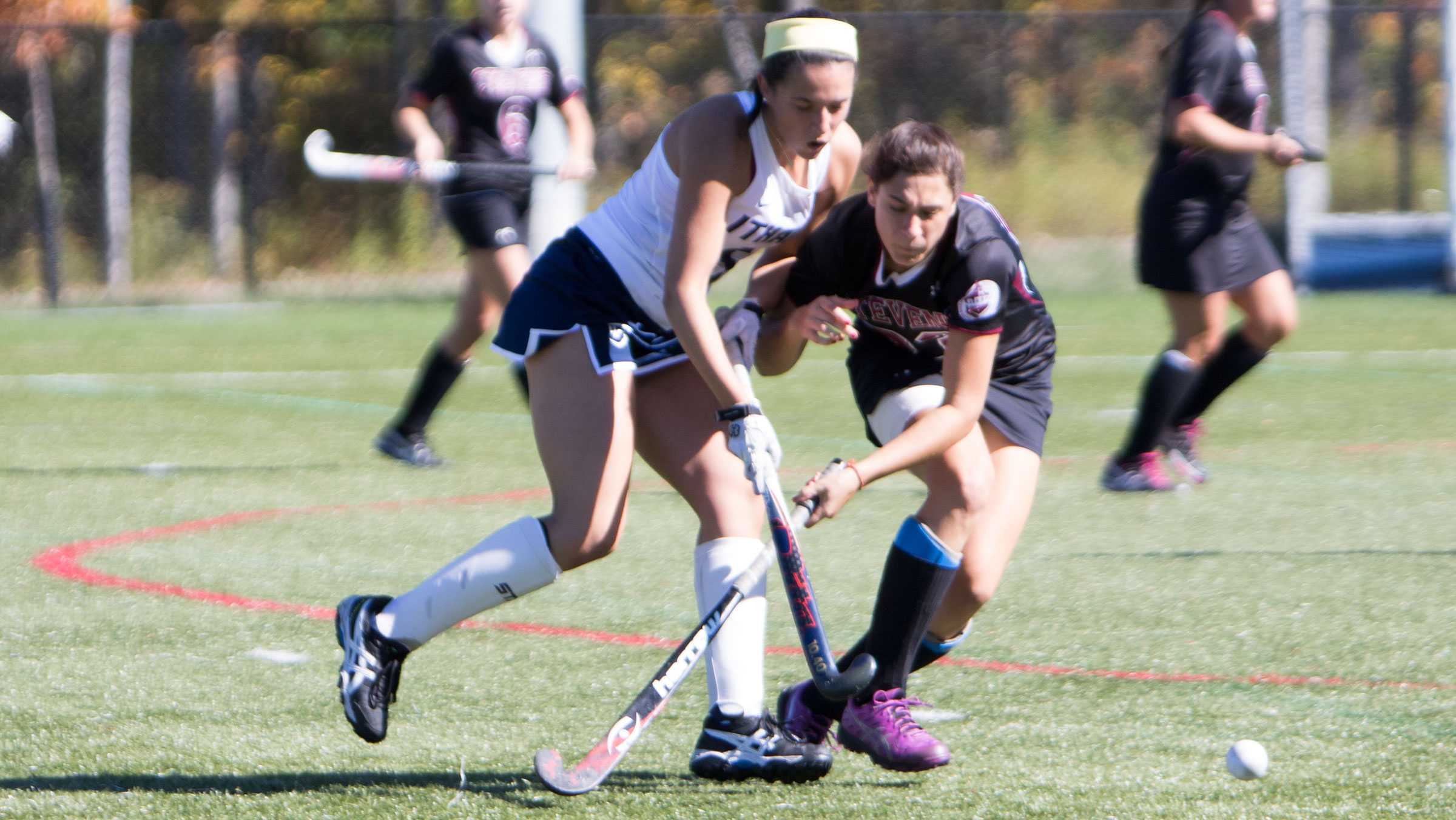 After defeating Utica College 2–1 Oct. 24, the Bombers were favored to defeat SUNY Geneseo on Oct. 28 in Geneseo, New York. However, the Bombers were not able to deliver and lost in overtime 3–2 against the Knights. The Blue and Gold’s record now stands at 11–4 overall.

The Bombers came out fighting, but Geneseo dominated the first half. Geneseo midfielder Tess Necaise scored first with a short shot inside the left post on a penalty corner. Three minutes later, Geneseo midfielder Giovanna Fasanello increased the Knights’ lead with a deflected shot on another penalty corner, giving the Knights a 2–0 lead at halftime.

The Bombers rallied in the second half with junior midfielder Colleen Keegan-Twombly scoring on a rebound on a penalty corner in the 46th minute of the game. Senior captain and defender Caitlin O’Brien tied the game in the 66th minute with a hard shot from the top of the circle during a penalty corner to knot the score at 2–2, forcing the game into overtime.

Both teams fought hard in overtime with possession going back and forth between teams. Ultimately, in the 75th minute of play, Fasanello scored again on a penalty corner to give the Knights the 3–2 overtime victory.

The Bombers return home for their last game of the regular season when they take on SUNY Brockport at noon Oct. 31 at Higgins Stadium.