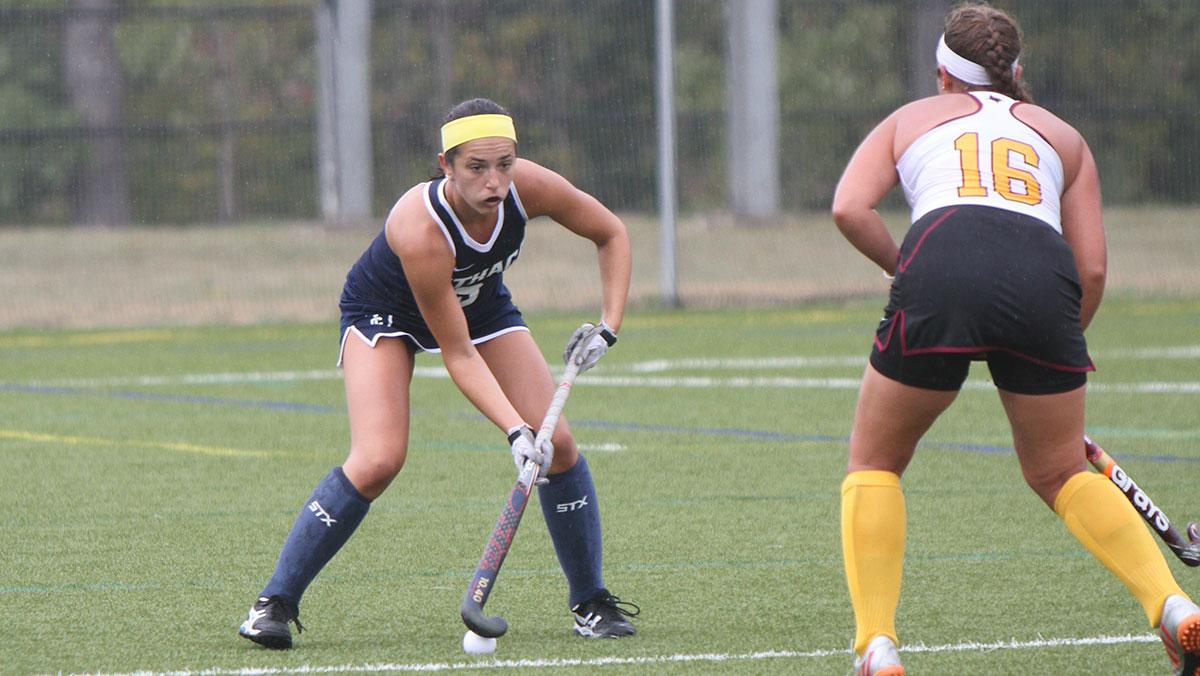 After defeating No. 15 University of Rochester at Higgins Stadium on Sept. 16, the field hockey team took to its home turf once again Sept. 19, looking for its third consecutive victory.

However, the Bombers fell short, taking a 1–0 shutout loss at the hands of St. John Fisher College. The loss puts the Blue and Gold at 4–2 overall and 1–1 in the Empire 8 Conference.

The Bombers collected 13 shots, but were unable to register any goals, while the Cardinals registered one goal on nine shots.

Junior goalkeeper Katie Lass made six saves, with the lone St. John Fisher goal coming in the last minute of the first half off the stick of Lauren Fazio. She rebounded the ball back in net after Lass had initially made a save after a shot by Alexandrea Malley.

Lass said after she saved the first shot, it got stuck in her gear, which made it difficult for her to get it far enough out of the circle to get to her teammates.

“I tried to get the ball out of my gear because if it stayed in my gear for a long time, I would get a stroke called on me, so I had to get it out,” Lass said. “I tried to drop the ball away from the other team, and cleared it, but they gained possession after the rebound and took another shot that went through my legs.”

Entering the second half, the Bombers looked to execute after only taking three shots in the first period. The Blue and Gold were awarded two corners, but were unable to find the net.

The South Hill squad outshot the Cardinals 10–0 in the second half, finding no momentum for a comeback in the rest of the game.

Lass said the Bombers could have done a better job working as a cohesive unit at the start of the contest.

“I think we learned we need to come out strong in the first half to set the tone of the game, and we have the power to do well in games, to win, but we just need to come together and connect so we can get shots and ultimately score,” Lass said.

Senior forward Caitlin O’Brien led the Bomber offense with four shots, three of which were on goal, while junior Cassie Schuttrumpf collected three shots, one of which was on goal.

The Blue and Gold will return to the field at 4 p.m Sept. 23. in a matchup against Hartwick College at Higgins Stadium.