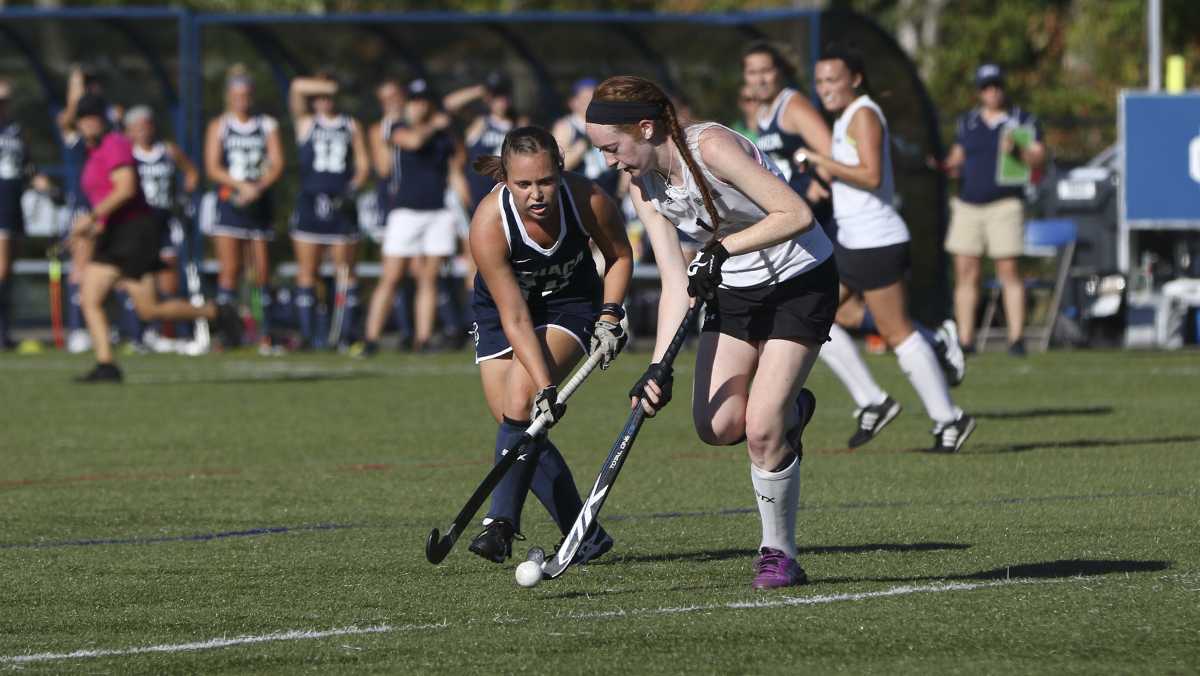 After a heartbreaking 2–1 loss against Stevens Institute of Technology Sept. 17, the Ithaca College field hockey team was hungry for a win. The Bombers won their Sept. 21 game against Houghton College 3–0 in Higgins Stadium.

With the defeat of the Highlanders, the Bombers’ record is now 3–3 overall and 2–1 for in the Empire 8 Conference.

The first shot, taken within the first three minutes by Houghton senior back Kelsie Ashley, was blocked by Bomber defense. In the first half, Houghton had seven shots on goal, compared to the Bombers’ four. Senior goalkeeper Katie Lass kept the game even with three saves in the first 20 minutes.

The Bombers spent a lot of time in front of the Highlanders goal but could not get the ball in. As the last two minutes of the half passed, the intensity of the game picked up as the teams battled to score before the horn.

At the end of the first half, the teams were tied 0–0. The Bombers came into the second half prepared, taking three shots within the first 10 minutes.

Eight minutes later, after Houghton briefly gained possession, junior forward Michaela Donohue intercepted a pass and brought the ball down the field. In a series of attacks, senior midfielder and forward Cassie Schuttrumpf scored her first goal of the season, making the score 2–0.

Delia scored her second goal of the game with about eight minutes left, assisted by sophomore back Maddie Keppel.

With less than five minutes on the clock, Lass made six saves, shutting out Houghton.

The game ended with three penalty corners after the clock hit zero because of an Ithaca foul, but Houghton could not get the ball in the goal. Lass made 12 saves in total for the Bombers.

“Whenever you have teams that are really pushing you, it’s really difficult,” head coach Tracey Houk said. “What I’m proud with our team about is that they just stuck with it and played our game.”

The team remains undefeated on its home turf. The Blue and Gold will continue its season at 1 p.m. Sept. 24 against Nazareth College in Higgins Stadium.

The field hockey team lost in the final minute of its game against the Stevens Institute of Technology Ducks Sept. 17.

Field hockey falls in last minute of game against Stevens