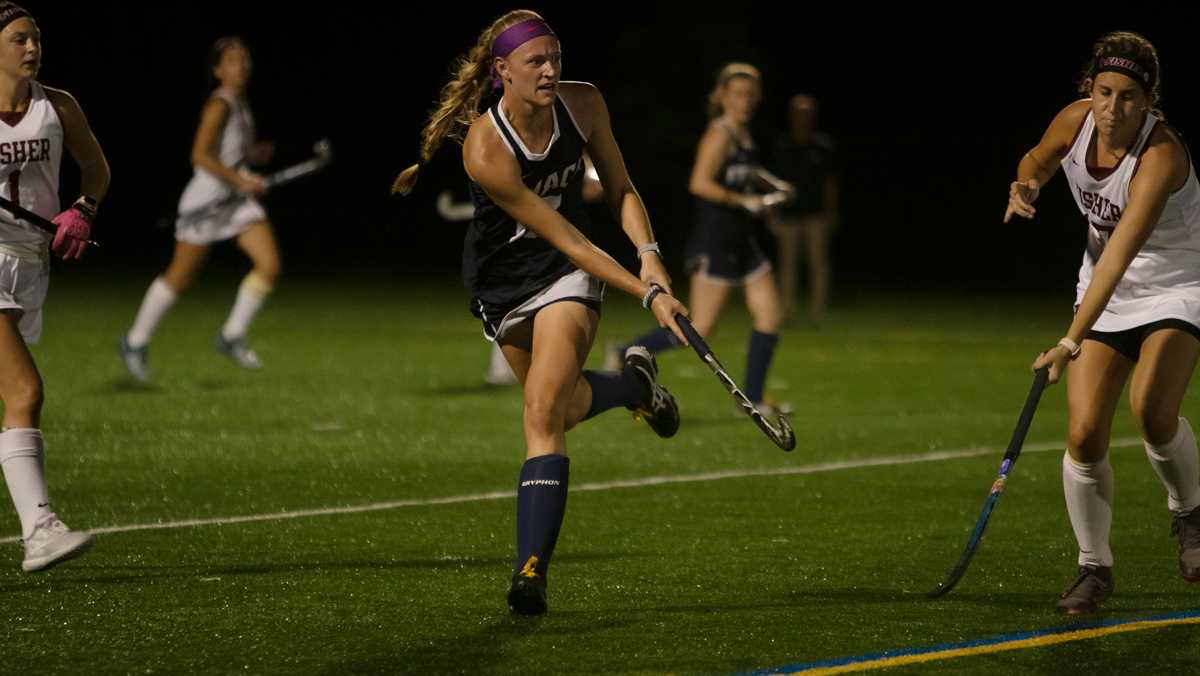 The Ithaca College women’s field hockey team lost to St. John Fisher College by a score of 1–0 Sept. 25 in Higgins Stadium, bringing its record to 5–4.

The game’s lone goal was scored in the first quarter by the Cardinals’ senior midfielder Lindsay Scott, her fourth of the season.

The Bombers’ losing streak grows to four as another one-goal game goes the other team’s way and another remarkable defensive effort has gone unrewarded. The South Hill squad’s usual possession game was tested by the Cardinals, who were very active on the ball in the Bombers’ defensive half for much of the game.

Aside from that moment, Lenker and the defense in front of her did a stellar job preventing the ball from finding the back of the cage. Whether it was sophomore defender Victoria Sestito diving in front of the ball in the first quarter or junior defender Katie Dick blocking a ball on the goal line in the fourth quarter, the defense kept the Bombers in the game.

“Our defensive mindset is [that] we’re going to do whatever it takes to keep the ball out of the goal,” Lenker said. “I think that’s something we’re going to carry forward throughout the rest of our season.”

On two different occasions, the Bombers put the ball into the back of the cage, but the goals were disallowed because of fouls committed by the Cardinals. Head coach Kaitlyn Wahila said the Bombers simply had an unlucky day.

The Bombers return to action at 1 p.m. Sept. 28 against Union College in Schenectady, New York, for their first Liberty League matchup.