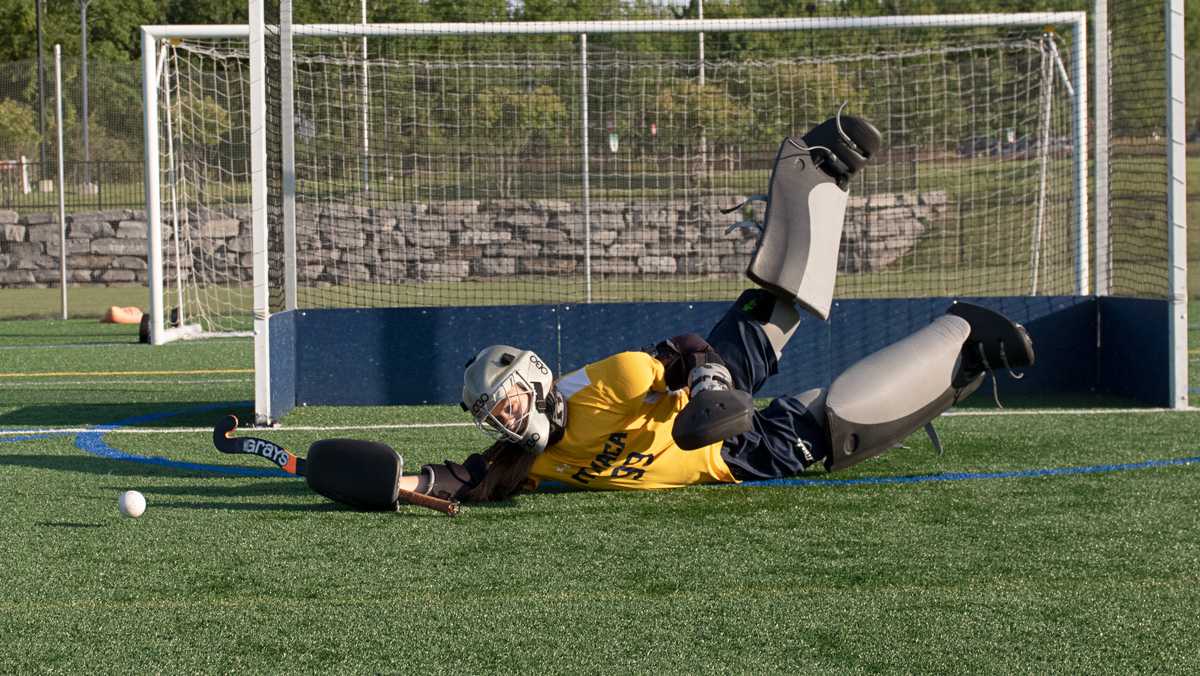 Molly Bailot/The Ithacan
Senior goalie Savanna Lenker is a captain for the Bombers this season. She earned NFHCA All-Region First Team accolades in 2018 and will be key for the squad on defense.
By Emily Adams — Sports Editor
Published: August 29, 2019

After nearly doubling its number of wins from seven in 2017 to 13 in 2018, the Ithaca College field hockey team is prepared to continue building the program into a powerhouse.

Although they missed out on the Liberty League tournament, the Bombers qualified for the East Coast Athletic Conference Championships for the first time since 2001. They made it to the semifinal round in which they were defeated 2–0 by Arcadia University on Nov. 10.

Head coach Kaitlyn Wahila said the squad has dubbed itself “Team 52,” as this is the field hockey program’s 52nd season at the college. Wahila said this motto motivates the team to focus on leaving a unique legacy.

“That’s definitely something we’ve been preaching all summer long,” Wahila said. “We’re Team 52, and how are we going to define ourselves? It’ll be really interesting to see how our two seniors take the lead and how our team develops with that.”

Savanna Lenker, senior goalie and team captain, will be crucial to Team 52’s success this season. In 2018, she posted seven shutouts throughout the season and earned NFHCA All-Region First Team accolades. However, Lenker will have few returners in front of her on the field.

The South Hill squad graduated eight seniors last season, six of whom started every game in the 2018 season. The team will work to replace standouts like leading scorer Maria McGloin ’18 with a strong incoming class of eight freshmen and a transfer from Division II East Stroudsburg University.

Wahila said freshman midfielder Nicole Fortunato, a top recruit, will be out with an ACL tear this season. Wahila said she is particularly excited about freshmen midfielder Brianna Lennon and midfielder and striker Elizabeth Pillow. Lennon was named to the Newsday All-Long Island Second Team in her senior year of high school and will contribute to the midfield. Pillow captained her high school team and earned First Team All-State accolades. Wahila said Pillow will see minutes for the Bombers as both a striker and a midfielder.

This season is Wahila’s third year at the helm of the program. She said the coaching staff plans to focus on changing the team’s philosophy toward each competition.

“We’re going to talk a lot with our players about there not being two or three games that are special,” Wahila said. “Every game is important. It definitely starts at the top with our coaching staff, and if our players can understand that as coaches we’re taking it one practice and strategy at a time, that dwindles down into our players.”

Lenker said that on the field, the defense will focus on playing cohesively. 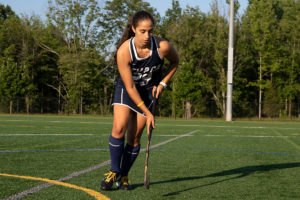 Sophomore midfielder Jacqueline Mirabile is one of the few offensive returners to the team.

“If we can communicate effectively, we’re going to save goals all the time,” Lenker said. “We’re getting that dialogue set so we’re not flustered in the moment.”

Wahila said the team plans to focus on defensive pressing. She said she will train every player to actively defend as soon as the opposing team gains possession of the ball.

“We’re going to keep working on our corners and getting strong shots on goal,” Mirabile said. “I think as long as we can have great team chemistry, we’re going to have a good season.”

Wahila said that she plans to alter the way that she substitutes her strikers during games. Based on a system often used in ice hockey, Wahila said she wants to substitute the entire offensive line in and out as a group. She said this system will allow the strikers in the lines to develop stronger connections and work better as a unit rather than as individuals.

The Bombers will kick off their season at 5:45 p.m. Aug. 30 against Cabrini University in Madison, New Jersey.