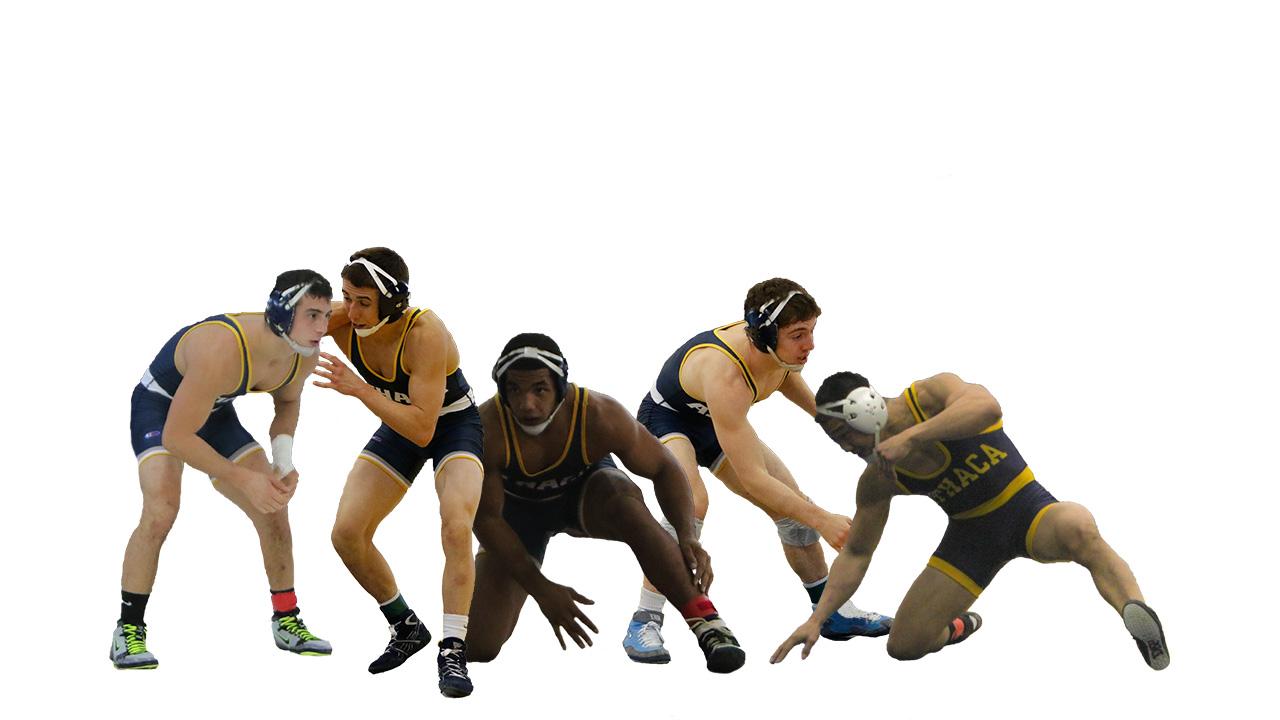 For any team, regardless of whether it is in the world of sports or not, to earn the full respect of peers, success must be replicated on a consistent basis. The Ithaca College wrestling team has proven to be a reliable contender year in and year out, ranking in the top 15 nationally by season’s end six of the last seven years.

This year is no different. The Blue and Gold sports a 9–4 overall record, and having won three straight duals, are in a position to be top in the country yet again.

The Bombers currently sit at No. 13 in the National Wrestling Coaches Association in the tournament ranking and No. 9 in the dual rankings, with a dual record of 6–4. The team also has five wrestlers who are ranked in the top 10 nationally in their respective weight classes.

Senior Dan Pak is ranked sixth in the nation in the 149 lbs. division, while sophomores Bryan Israel and Nick Velez are both ranked eighth at 133 lbs. and 165 lbs., respectively. Junior co-captain Jimmy Kaishian and junior Carlos Toribio also sit at ninth in the country in the 125 lbs. and 184 lbs. weight classes, respectively.

The idea of team over self is apparent when looking at this year’s Bomber wrestling squad.

Team captains are typically expected to be seniors on most college athletic teams. Kaishian is a junior co-captain, and although he holds that distinction, he said the leadership comes from many different players, not just those named captain.

“There’s a lot of leaders on the team and a lot of kids on the team who have put a lot of effort into achieving goals, just like I have,” he said.

Head coach Marty Nichols said when it comes down to recruiting young blood, he emphasizes that wrestling at the college is not all about having a roster full of standouts.

“We try to look for guys who are really hard workers and want to get better,” he said. “It doesn’t necessarily need to be guys who win state championships. Maybe a guy who was second or third. They’re hungry.”

Kaishian said everyone has bought into that hunger and team-first mindset, and the whole team is focused and working together toward one goal: a national championship.

“We all realize that we’re part of something that’s bigger than us,” Kaishain said.

Aside from the Blue and Gold’s team-first mantra, Israel, who leads the squad with 16 victories, said having so many talented wrestlers in the room forces one to get better.

“Around my weight class alone, I have Jimmy and Nick Wahba, who are both national title contenders,” he said. “Practicing with competition like that every day pushes you to work your hardest.”

With NCAA Regionals less than a month away, the Bombers will be poised to finish atop the podium for the second consecutive year due to the level of competition the squad has faced.

In the month of January alone, the Bombers have faced six schools ranked in the top 20 in the country, including high-ranked Augsburg College, going 3–3 in that span.

Nichols said one key for the Bombers moving forward is sticking to the game plan and playing their own game.

“Focus on things that we’re good at, and really force the opponent to do what we want them to do. Stay in our game. Stay in our pattern,” he said. “If we do that, we can be really good.”