Football jumps up one spot to No. 19 in latest Division III poll 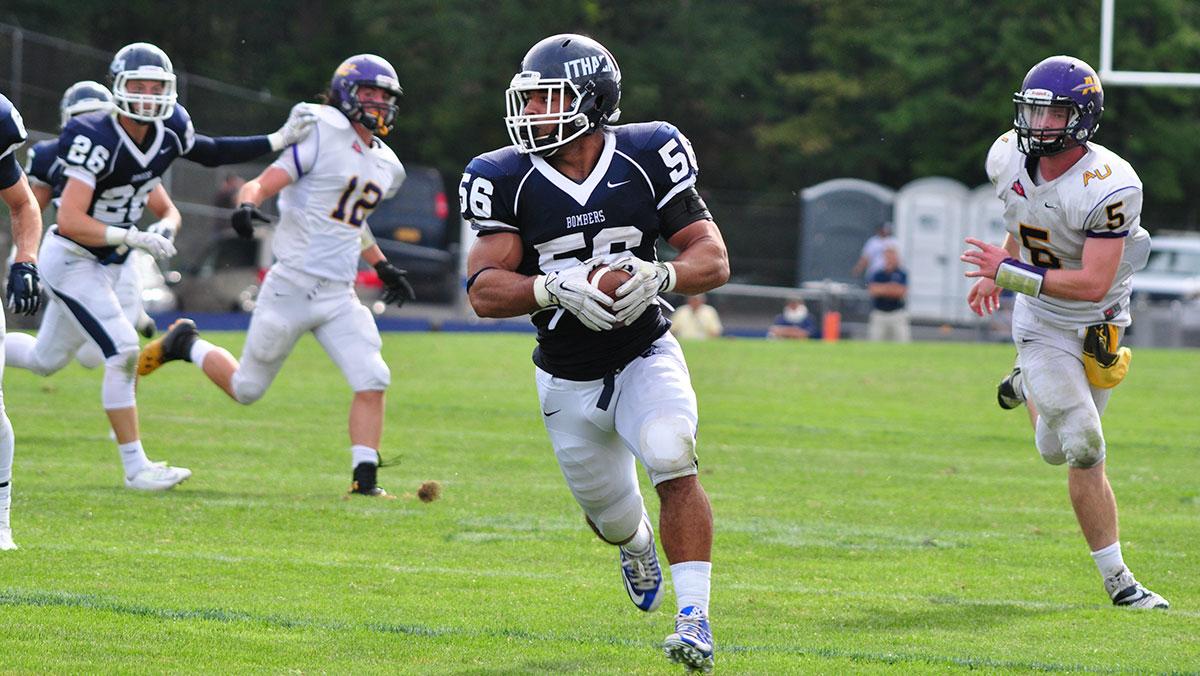 The Ithaca College football team continues to climb in the rankings, moving up one place to No. 19 in the top 25 D3football.com poll. In the American Football Coaches Association poll, it improved to No. 17 in the latest poll amid the Bombers 3–0 start to the season.

On Sept. 26, the Blue and Gold stayed perfect for the fourth straight year through three games after a 38–18 drubbing of Alfred University at Butterfield Stadium for Homecoming Weekend.

SUNY Cortland broke into the poll this week at No. 25 after the Red Dragons completed a come-from-behind victory over Utica College 47–40 in overtime. The Bombers now sit in second place behind their Cortaca rivals with a 2–0 record in the Empire 8 conference.

Other scores from around the Empire 8 conference include Morrisville State University, who defeated Buffalo State University by a final score of 37–23, while St. John Fisher College beat SUNY Brockport 42–41 for the Cardinals first win of the season.

For the complete poll, visit http://d3football.com/.

The South Hill squad will travel to Charles A. Gaetano Stadium in a face off against the Utica Pioneers at 1 p.m. Oct. 3 in Utica, New York. The Bombers won the matchup last year 27–10 and have won the last three in the series since they lost 20–15 on Oct. 22, 2011, at Utica.