Football team moves up to No. 20 in the Division III rankings 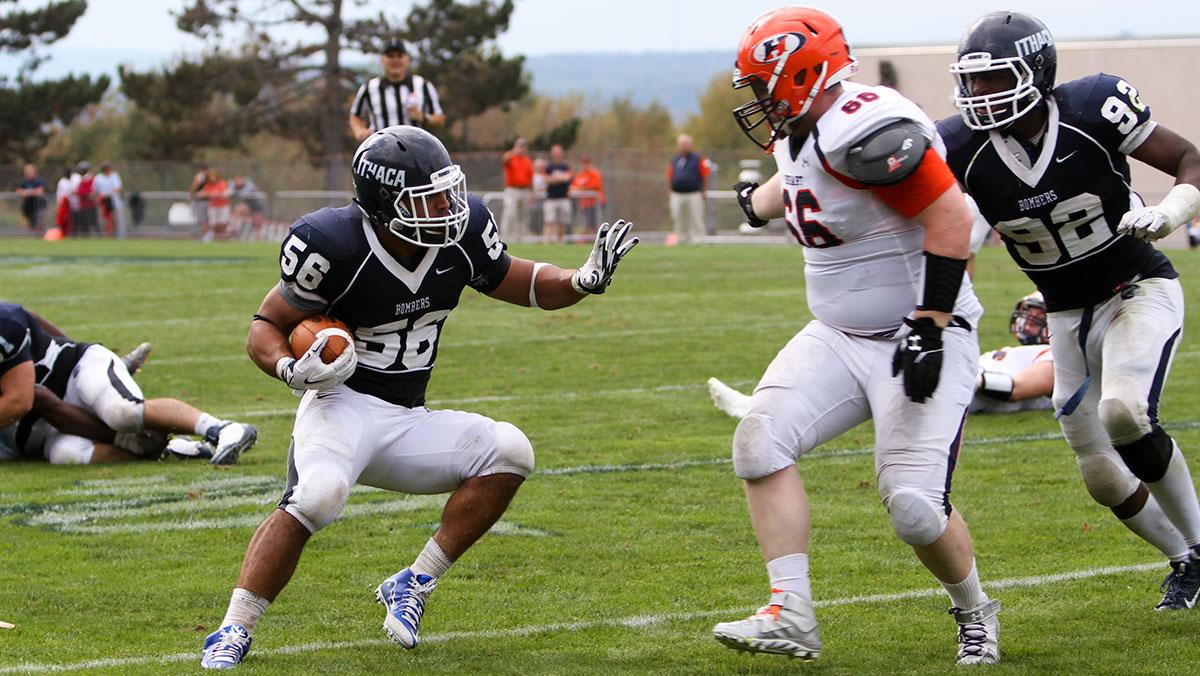 Sean Dullea/The Ithacan
Sophomore linebacker Kenny Bradley attempts to get past a defender after his 19-yard interception return in the football team's 24–6 win over Hobart College at Butterfield Stadium.
By Jonathan Beck — Sports Editor
Published: September 21, 2015

The Ithaca College football team moved up in the rankings and is now ranked 20th in the latest top 25 poll, released by D3football.com on Sept. 21.

The Bombers improved to a 2–0 start on the season with a 24–6 home opener win over then-No. 16 Hobart College, who has since dropped out of the rankings.

Other scores from around the Empire 8 conference include:

The top 5 was unchanged this week as the No. 1 team in the nation is still the University of Wisconsin-Whitewater for the third straight week, followed by University of Mount Union, Linfield College, University of Mary Hardin-Baylor and Wesley University.

For the complete poll, visit http://d3football.com/.

The D3football.com Top 25 is voted on weekly by a panel of 25 coaches, sports information directors and media members from across the country.

Up next for the Blue and Gold will be the start of conference play against Alfred University at home Sept. 26 with a 1 p.m. start at Butterfield Stadium. The Bombers defeated the Saxons 17–6 the last two years and, including this season, have won the last three matchups against them.