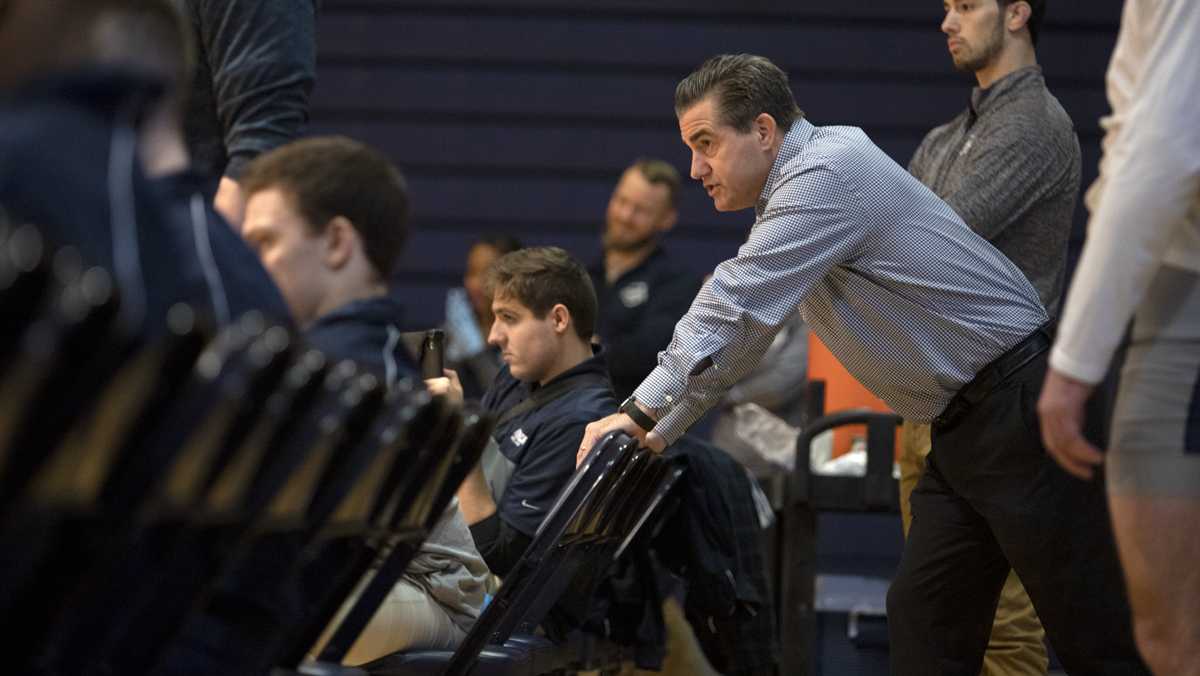 In the summer of 1995, Jennifer Potter ’92 just finished up her first season as the head track and field coach at Hartwick College in Oneonta, New York. She applied to a new job and was offered the head women’s track and field coaching position at Ithaca College. While Potter knows this is her dream coaching job, she reluctantly passes on the opportunity, at least for now.

Potter would be offered the position again in 1998 but had already agreed to join the coaching staff at Central Michigan University, a Division I school, as its distance coach. She then took the head women’s track and field position at SUNY Cortland in 2000. After three months at SUNY Cortland, she was again offered the same job by the Blue and Gold. For the third time, Potter rejected the offer because she said it was too early to leave the Red Dragons.

“My dad was like, ‘You’re done, this opportunity is never going to happen again,’” Potter said. “It just was not good timing.”

Three years later, in August 2003, Potter said that she received a call from men’s track and field coach Jim Nichols. Nichols told her that the current women’s coach was leaving and that she should apply for the job. She interviewed, was offered the job, and finally accepted her dream position.

“The fourth time was the charm,” Potter said. “It was the perfect timing in my life. I had been at Hartwick, Central Michigan and Cortland. I felt like I had learned a lot and had enough success that I could now walk into this role.”

“All of my mentors were Bomber coaches,” Potter said. “They were amazing, so many sports won national championships when I was here.”

Susan Bassett ’79, director of intercollegiate athletics and recreational sports, was a physical education major at the college. She received a master’s degree in physical education from Indiana University and coached at William Smith College and Union College. She then returned to William Smith and served as its director of athletics for 10 years before taking the same position at Carnegie Mellon University. Bassett said she was considering retiring with Carnegie Mellon when the college contacted her in 2013.

“I got an email from Ithaca College in the spring of 2013, and they were looking for director,” Bassett said. “I actually had not been thinking about moving, but when I got this email, I thought, ‘Wow, that would be a really exciting opportunity.’ I decided to apply for it.”

Bassett said that applying for the position felt similar to her application process as a student. When she was offered the position, she said she felt happy to be finishing her career at the institution that shaped her into the person she would become in her professional career.

“Once I visited and really spent some time here in the search process, I realized that I really wanted to do this,” Bassett said. “I’m from downstate New York, so the idea of coming back to New York and being closer to my family at my alma mater was a dream come true.”

It’s often unusual for colleges to employ high numbers of alumni as coaches. William Smith College does not employ any alumni as head varsity coaches and even has two Ithaca College alums in varsity coaching positions. Hartwick College also only employs one alum as a varsity coach. Bassett said she thinks that the retention is due to the pride that graduates of the college feel for the institution, and because they want to continue the same traditions that they cultivated during their time as students.

“There’s a great family tradition and environment here where we all feel like we are in this together,” Bassett said. “We have the honor to uphold being a Bomber. The tradition in a lot of our programs is that we do things the right way — the Bomber way.”

Ahmad Boyd ’17 is a current graduate assistant coach for the men’s basketball team. He was on the Bombers roster for one season and has been an assistant coach on the team since the 2016–17 season. He is also the residential director for Eastman and Lyon. Boyd said his experience with the basketball program has helped him create a bond with the athletic department.

“To be able to play and coach, it shows a level of commitment to the school and the program,” Boyd said. “It helps me to stay focused and committed to everything we are doing because I have been here for so long.”

Boyd, who will be receiving his master’s degree in sports psychology from the college at the end of the semester, said he initially thought his career path would be in coaching at the Division III level. However, his trajectory has changed since he began his work as a graduate assistant.

“With the multiple experiences since I began as a graduate assistant, I have become interested in the administrative side of sports,” Boyd said. “My long–term goal is to work in administration as an athletic director, focusing on diversity and inclusion for college athletes.”

“I have a really good relationship with Susan Bassett, Will Rothermel and Erienne Roberts,” Boyd said. “They all play the integral part in helping me build my network so that it becomes more of a possibility for me to have a future in athletic administration. Recently, through Ithaca College, I was able to go to the NCAA’s Emerging Leader Seminar, which is a seminar focused on working in administrative positions in athletics.”

Wrestling head coach Marty Nichols ’90 is also an alum of the college. He was a three-time All-American who was a member of the Bombers first two national championship winning teams in 1989 and 1990. Senior Ferdinand Mase said that Nichols’ achievements as an athlete motivate the athletes.

“Seeing his name up on our new All-American wall three times makes it super real,” Mase said. “It’s really cool knowing every one of these mentors have been in your exact position, and they’ve been able to achieve great things, so why can’t I?”

Mase said the alumni presence in the athletic department helps convey how invested the athletic alumni are in their alma mater.

“You can see exactly how much being a Bomber meant to each and every coach in the room,” Mase said. “They were so moved by their experience that they wanted to come back and help others achieve as much or more than they did.”

Potter said that even though she had positive experiences at other schools, she always wanted her career to take her back to South Hill.

“When I left here, I thought it would be great to come back here as a track coach,” Potter said. I always knew I was a Bomber and wanted to be a Bomber.”

Road to the podium: Wrestling team hopes to peak in postseason