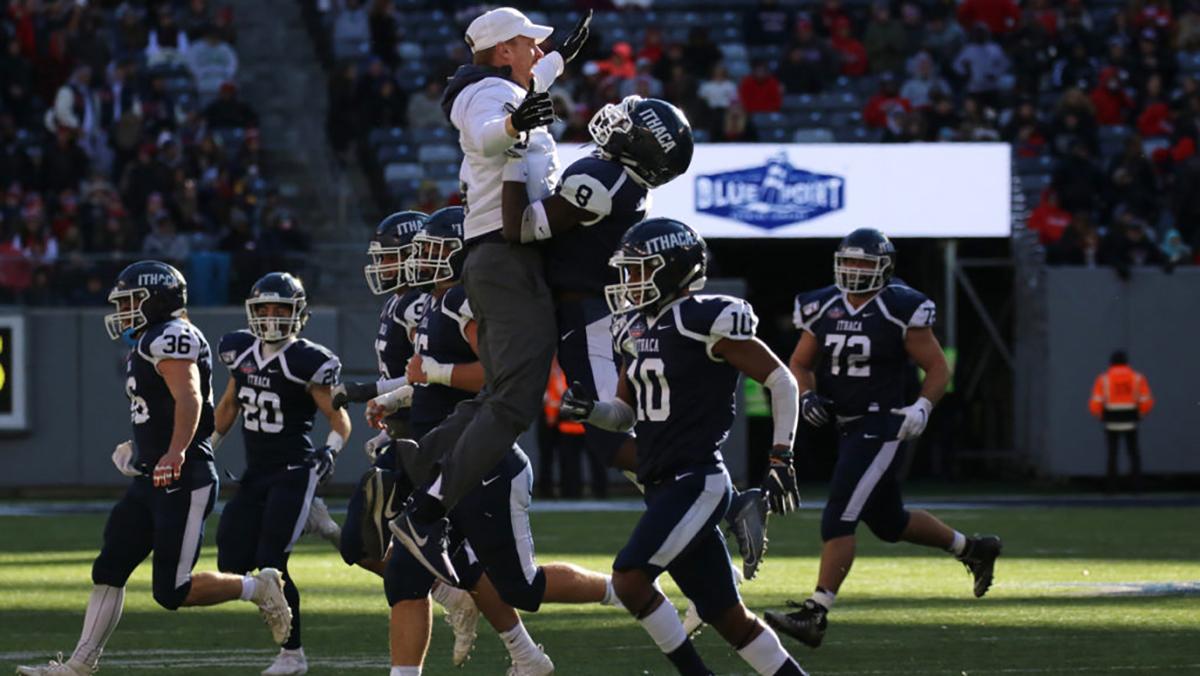 Michael Toerper has been selected as the next head coach of the Ithaca College football program.

A Feb. 18 announcement from the college stated that Toerper is returning to South Hill as the 11th head coach in the history of the program. He will officially start this role March 1. Toerper previously served as the defensive coordinator for the college from 2017 to 2019, under Dan Swanstrom, who announced his departure from the program Jan. 24. As the defensive coordinator for the Bombers, Toerper helped lead the team to a 24–9 record over three seasons and a 27–17 victory against Salisbury University in the Scotty Whitelaw Bowl in 2017.

“My family and I are excited to return to the South Hill,” Toerper said in the announcement. “I want to thank Susan Bassett, the football alumni review committee and the on-campus search committee for their support throughout the process.”

Toerper’s appointment was announced to the team by Susan Bassett, associate vice president and director of the Office of Intercollegiate Athletics. Toerper said he is looking forward to the opportunity to once again coach players that he did during his first stint on South Hill.

“I think I built a strong bond with these players, especially the ones that I coached and the people that are here, and I believe that the future is so bright for this program,” Toerper said. “Obviously my time here before really just fueled my excitement for the opportunity. And that’s really because of the people here at Ithaca.”

Bassett said she and the other members of the selection process were impressed by Toerper’s plans for the future of the team and believe that he is the best choice to guide the program.

“Coach Toerper emerged from an exceptionally competitive national search as the best next leader for Ithaca College football,” Bassett said in the announcement. “Through this rigorous search, Coach Toerper effectively articulated a vision for the program in all phases, from recruiting, x’s and o’s, and training to academic excellence and our citizenship in the community, that earned the unanimous confidence of everyone involved in this important selection process.”

Toerper has spent the past two years as the safeties coach at the College of the Holy Cross. The Crusaders went 13–4 in his two seasons, allowing under 18.5 points per game and intercepting 25 passes, both the best marks in the Patriot League during that stretch.

Toerper also spent his collegiate playing career at the University of Pittsburgh, graduating in 2008. He appeared in 36 games for the Panthers, recording 15 total tackles as a defensive back.

Bassett said she is excited about what Toerper brings to the table and believes that he will have an impact on the program both on and off the gridiron.

“Coach Toerper exudes passion, knowledge of the game and leadership qualities and exemplifies Bomber values of commitment, attention to detail, respect and integrity,” Bassett said in the statement. “I have every confidence that he will build on the success of our student-athletes on the playing field, in the classroom and as community members. I am thrilled to welcome Michael and his wife, Leigh (Martino) ’15, back to South Hill.”