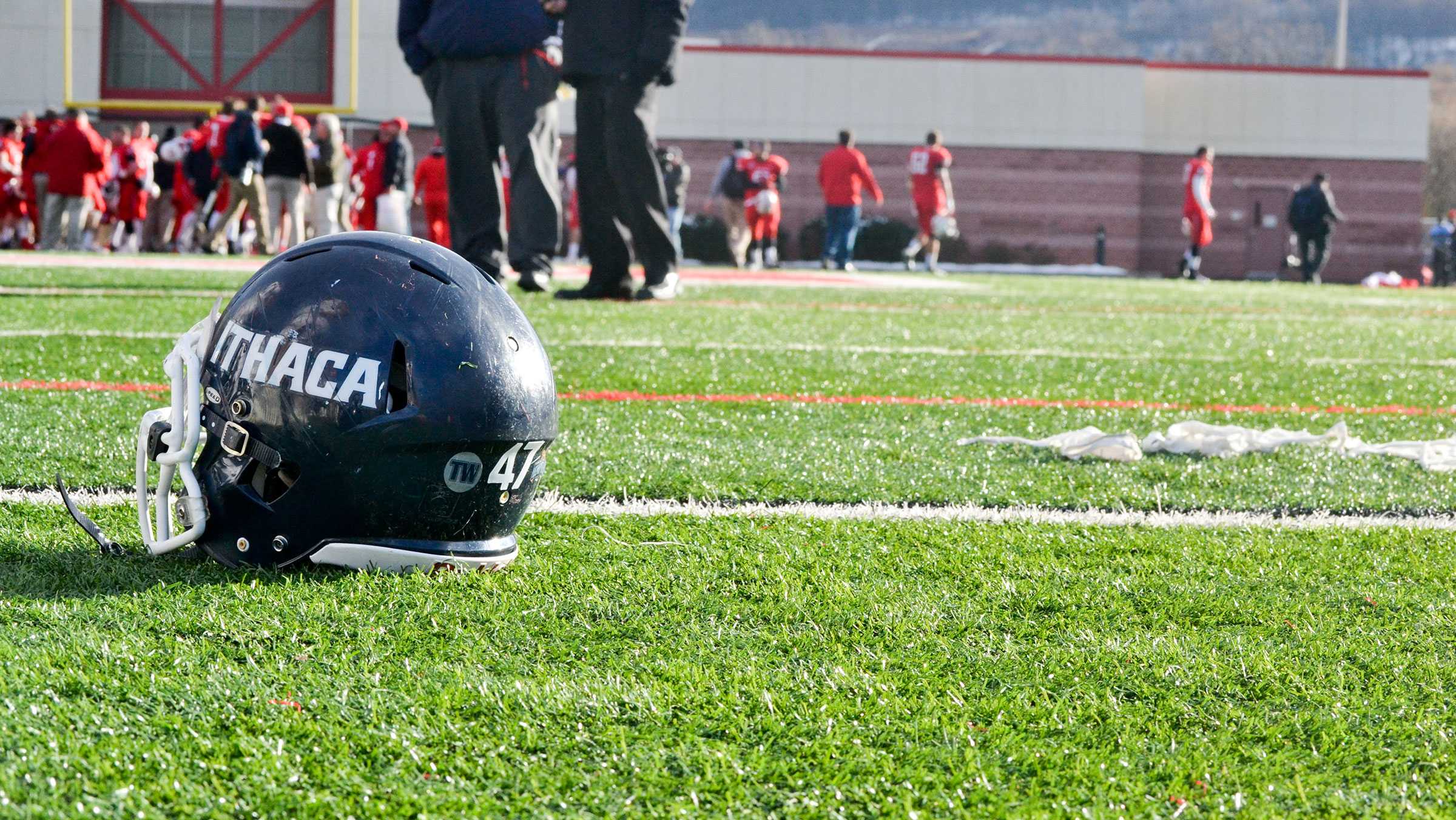 The Bombers kick off week one on the road against the Union College Dutchmen at 1 p.m. Sept. 5 at Frank Bailey Field.

It is like deja vu all over again! Well, sort of. The Blue and Gold opened up the season last year with a 21–16 win over Union at home. The Bombers will be looking to chalk up another win against the Dutchmen to begin the 2015 campaign not only because they want to start the year off on the right foot, but also because this is the first of the college’s only two non-conference games of the season. The other game is week two against Hobart College. It may be too early to say this game is a must-win, but this game certainly has significant ramifications aside from the fact it is the first contest of the season.

The running game was a big question mark last season and will have another huge role heading into Sept. 5’s opener, especially with a new quarterback in place. Junior Wolfgang Shafer, who has zero in-game experience on his resume, was named the starting quarterback this past week. The team will look to run the ball more effectively after only mustering 103 total yards rushing and 2.9 yards per carry against Union last season. Likewise, the defensive unit needs to hold up its end of the bargain after the Dutchmen ran buck-wild against them for 216 total yards rushing and averaged 6.8 yards per carry.

Speaking of the new quarterback, head coach Mike Welch recently named Shafer as the opening-day starter for the Bombers. Shafer beat out three other quarterbacks, including senior John D’Onofrio, in what was a stiff competition throughout the preseason.

Fortunately for Shafer, his first collegiate start will come against a fairly feeble Union secondary. In 2014, quarterbacks who faced the Dutchmen’s secondary averaged 7.57 yards per pass and threw for 15 total touchdowns. However, Union’s secondary knows how to create turnovers, as he intercepted opposing quarterbacks 10 times this past season.

Welch said he has watched Shafer develop behind former quarterbacks such as Tom Dempsey and is confident he can run the offense efficiently.

“He is a very astute student of the game,” Welch said. “He has gotten physically stronger, and he knows our offense very well. He has the throwing motion and the ability to get rid of the ball in a timely fashion.”

The key for Shafer is to stick to his guns. If he doesn’t force the issue and trusts the veteran receiving corps to beat the coverages, and the running game will come through and wear down the defensive frontline.

In order for the offense to have a proficient afternoon, the offensive line must operate like the well-oiled machine it was last season. The 2014 offensive line ranked in the top 25 in the nation last season in time of possession with an average of 33:06. The offensive line needs to win the battle of time of possession so the defense remains off the field and well rested. If the offensive line is able to sustain the pass rush, Shafer will be able to establish a consistent rhythm with the offense. On the other hand, if Shafer finds himself constantly under duress and flat on his back 10 or so yards behind the line of scrimmage, his confidence will be shot. Nothing is worse for an offense than having a timid quarterback at the helm, especially when he has no prior in-game experience. The offensive line also needs to block at a high level in order to give the running game a chance to finally flourish.

Play Smart and Get Greedy

The Bombers were tied with Frostburg State University in 2014 with the fewest penalties in the Empire 8 with 51. Senior captain defensive back Malik Morris said during the preseason the defensive unit needs to be hungrier this season by not only causing more turnovers, but by capitalizing on them as well. If the football team follows this recipe, the squad will continue its dominance in season openers, as it has won 34 of the last 38.