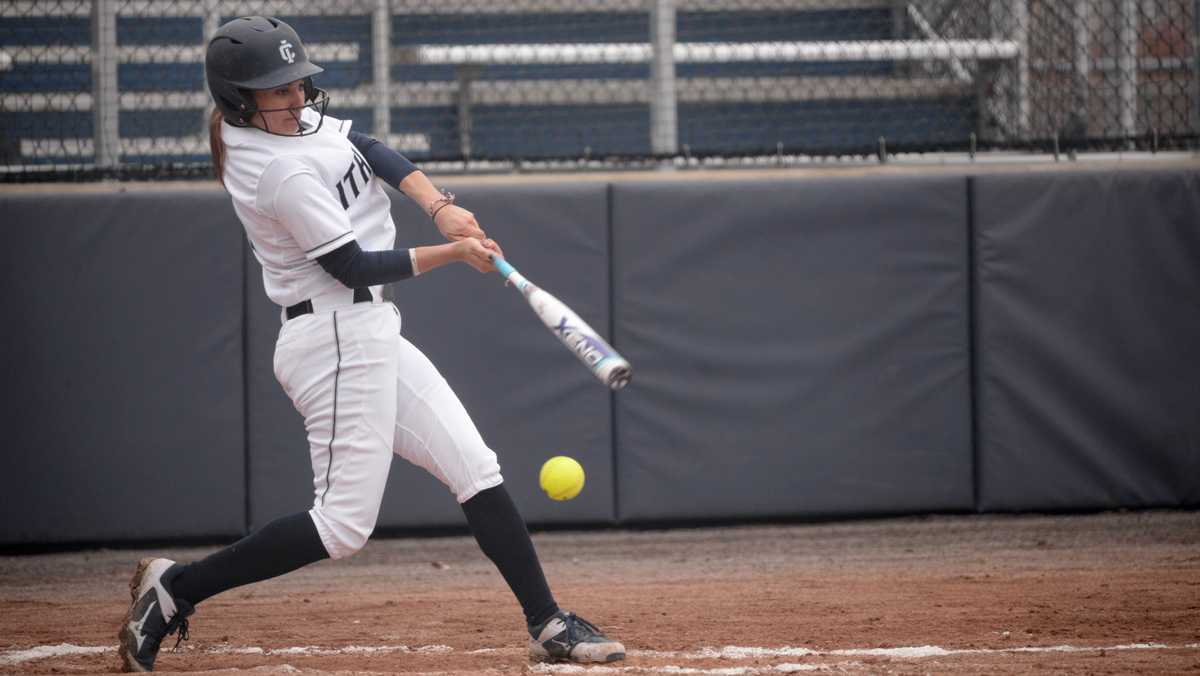 When freshman utility player Gabby Laccona had the first hit of her collegiate career against Susquehanna University on March 11, she said she felt more confident in her abilities.

Laccona is currently the only freshman to consistently start for the Ithaca College softball team. She has started in 20 out of 22 games this season, while helping the Bombers to an overall record of 15–7. She is batting .316, leading the team in walks with 10 and has only four strikeouts on the season.

Laccona came to the college after initially committing to Boston University, but she decommitted to play for the Blue and Gold. She said that even though Boston University is a Division I school, she was glad she came to South Hill. She said it was better fit for her academically, because of the Roy H. Park School of Communications, and athletically.

Coming into this season, Laccona said she was aware of the program’s past success. In the past five seasons, the team’s overall record has been 140–65. Laccona said that even though she was an all-state selection in Connecticut her senior year of high school, she would have to start over to earn a starting spot for the Blue and Gold.

“I knew that I was going to have to work really hard to get the starting position,” Laccona said. “I would have to start all over again and prove myself, but the coaches didn’t intimidate me. It was more of the stress I put on myself to do well.”

Laccona said that she knew she would play in the regular season after playing almost every game in the fall season. When January practices started, the coaches switched Laccona to the outfield, which was something she had never played before. As the season went on, she began to practice more in the infield and became a versatile player.

So far this season, Laccona has started at right field, center field, shortstop and second base. She has also rotated throughout the batting order and has even batted leadoff. Laccona said she primarily plays right field, but she’ll play other positions if another player gets hurt or if the lineup is different. Laccona said that so far, she doesn’t mind being moved around as long as she helps the team. 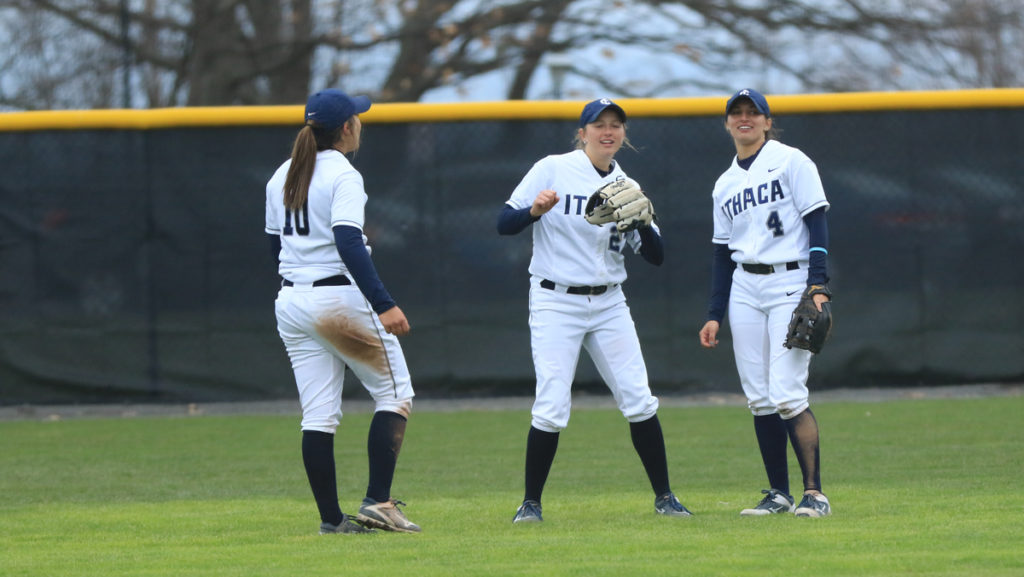 “I practice in both the infield and outfield in practices, so I’m always working on little things in each position that help me in game situations,” Laccona said. “I just train myself to be physically and mentally prepared to play wherever Coach tells me to go.”

“She has great energy, just like a lot of first-years,” Pallozzi said. “Everything is new and they’re wide-eyed and that’s what I love about freshman, and Gabby does that as well.”

Laccona said her biggest strength as a player is her speed. In high school, she said, she would steal every time she got on base. She leads the team this season in stolen bases with nine and credits much of her success to her speed.

“I didn’t think Pallozzi thought I was fast enough but she always gives me the steal sign,” Laccona said. “I use my speed as an advantage and I think that’s why they feel comfortable with me in the outfield because I’m fast and I can get to balls.”

Senior outfielder Allie Colleran said that Laccona is a valuable asset to the team.

“Overall, Gabby is a really strong, competitive, hardworking and awesome player,” Colleran said. “She really has everyone’s back when she is on and off the field. You can see that she genuinely loves seeing the success of her teammates and does whatever possible for us to win.”

With most of her collegiate career still ahead of her, Laccona said that she is excited for upcoming seasons because she will learn to be less nervous.

“I think I’m going to have all those first-year jitters out of the way,” Laccona said. “I’m playing nervous and I’m scared every single game and I think that gets in the way sometimes. Next year I will have everything figured out and I won’t be as scared, so I will be more comfortable as a player.”

Softball starts off season 4–2 at the Sunkissed Games