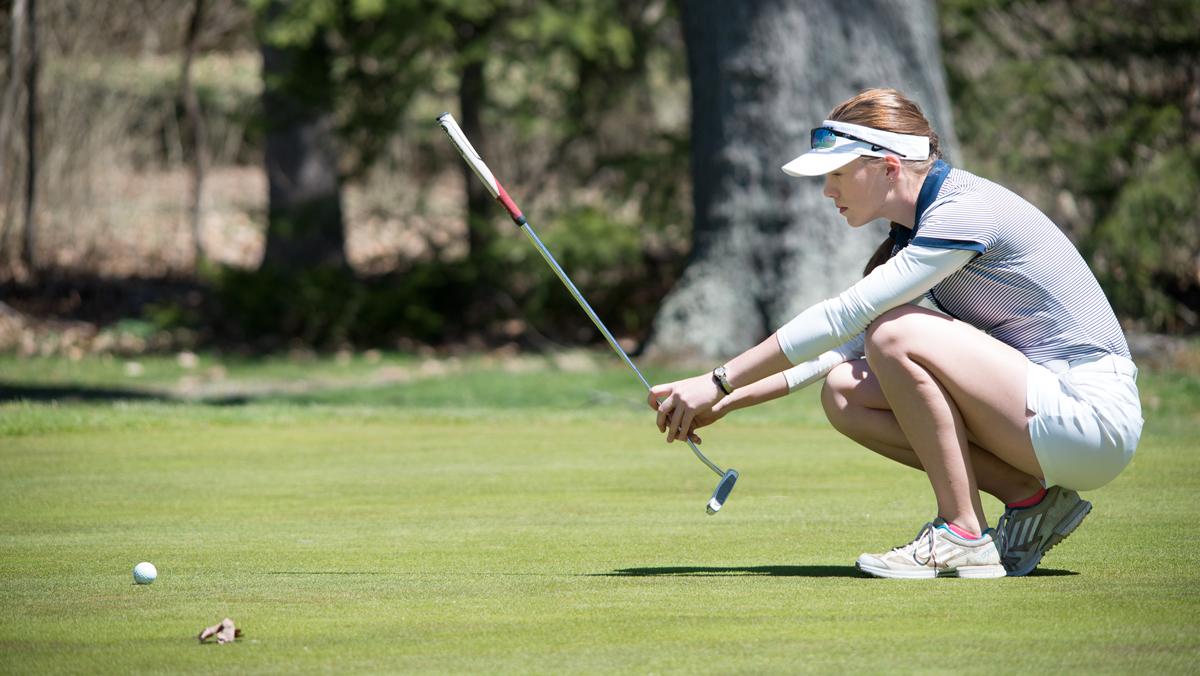 For most sports at Ithaca College, the regular season occurs during the fall, winter or spring. However, for the women’s golf team, the sport is broken up into two seasons because of the recent switch to the Liberty League Conference.

Besides the length of their season, the Bombers had a six-month break in the middle of their schedule. The New York University Invitational took place Oct. 14 and 15. The next match for the Bombers was not until their spring break trip, which began March 13.

Freshman Sophia Israel said she and the rest of the team have learned how to get through the long season.

“We all usually just take things in stride,” Israel said. “Everyone has a different schedule that we all work around, and we just make it work. We all work together as a team to try and get acclimated with the new format of the year once practice starts up again.”

Batson said he is aware that a place like Ithaca can be a tough environment for golf. The course is not always in the ideal condition that allows for outdoor practices. He said that a mix of rain, snow and wind often keeps the team indoors during spring practices.

Batson said that until the weather became better, the team had very few outside practices during the rest of the spring.

“It can be tough when we have springs like this year,” Batson said. “The weather has only allowed us to be outside twice since Feb. 20.”

However, the team prepared for these scenarios. When the weather does not allow outside play, the team often practices indoors with either a hitting cage or golf simulator.

“I usually spend my time in our simulator in the A&E Building,” Israel said. “In there, we can do all types of things: hitting full shots, practicing short game and even playing a few built-in courses.”

Senior Indiana Jones said the team often tries to make practices more engaging in the winter so that the team can have fun.

“During our offseason, we still have team lift, and we go to the indoor simulator to practice,” Jones said. “We try to set games up in the simulator to try and have fun and get team morale high, since it can get pretty boring after awhile hitting inside.”

The team’s spring break trip to Myrtle Beach, South Carolina, was a way to escape the cold and dreary weather that is not kind to golf courses. Afterward, its spring season did not begin for another month until the Vassar College Invitational on April 14.

While the spring can be a difficult time to find ideal course conditions, the team’s season eventually ended at the end of April. The Liberty League Championships were April 28 and 29, which marked the final match of the Bombers’ season.

However, Israel said that the split in seasons leads the Blue and Gold to begin preparing for the fall portion of their season in the summer.

“In the summer months, between the academic school year, I usually tend to practice outside three to four days a week and then try to play a few times a week,” Israel said. “It all just depends on the weather where I’m from, but for the most part, I don’t take a lot of breaks.”

Jones said that even though the long season can be challenging, there are positives to practicing year-round.

“My favorite thing about playing year-round is my game never gets too rusty because I always get to work on it,” Jones said.