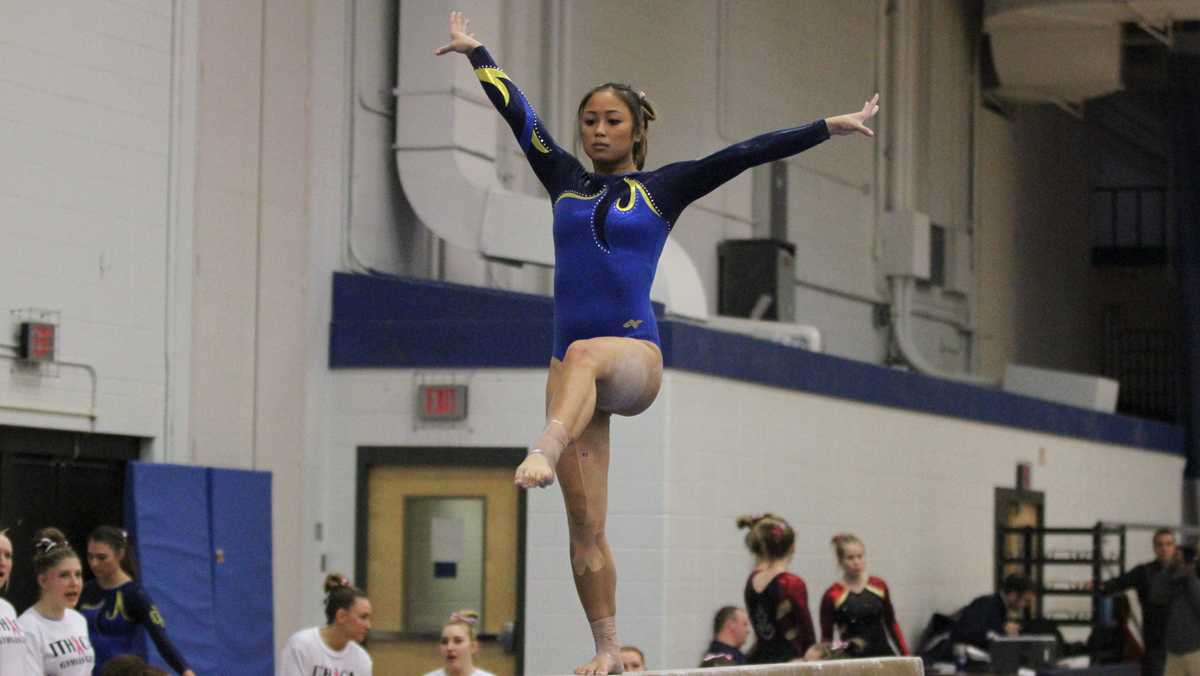 The Ithaca College gymnastics team defeated SUNY Brockport and Rhode Island College at the Harriet Marranca Memorial Invite on Feb. 25, which was also its last home meet of the season.

On vault, junior Carolyn Nichols placed first with a score of 9.725.

Nichols says that her personal goals going into Regionals are to qualify for Nationals individually on vault and floor.

“I had the opportunity to make Nationals last year on vault, and I want to earn a couple more All-American honors in addition to doing big things with my team,” she said.

On uneven bars, sophomore Elyse Ryden had the best score from the Blue and Gold with a 9.55, which was only 0.25 off of her personal best. With this score, Ryden took first in the event.

Senior Kendra Balcerak led the way in the beam with a score of a 9.70. Balcerak not only scored a season’s best, but she also took first place.

Balcerak said that her goal going into the meet was to get a 9.70 for a season high at her senior meet.

“As a team we did great. We even went eight for eight on the beam lineup,” she said.

By going eight for eight, all eight competitors finished their beam routines without falling.

Sophomores Paige Landes and Emily Szembrot placed second and third, respectively, behind Balcerak. Landes scored a 9.675 and Szembrot scored a 9.575.

The Bombers dominated the floor exercise by taking the top four places. They finished with a 47.675 on that event.

Once again, Nichols took first place with a 9.70. Nichols says she can’t wait to go to Regionals with this team.

“Getting the opportunity to compete against the whole region at once and see what kind of success we can achieve on a wider scale will be an exciting challenge that I know we will rise to meet,” Nichols said.

Additionally, Balcerak said the team needs to stay confident and do their thing.

“As a team, we are so talented, focused and strong in which we have proven, so we need to treat regionals like any other meet,” Balcerak said.

The team’s next meet will be against SUNY Cortland at 1 p.m. March 3 in Cortland, New York.