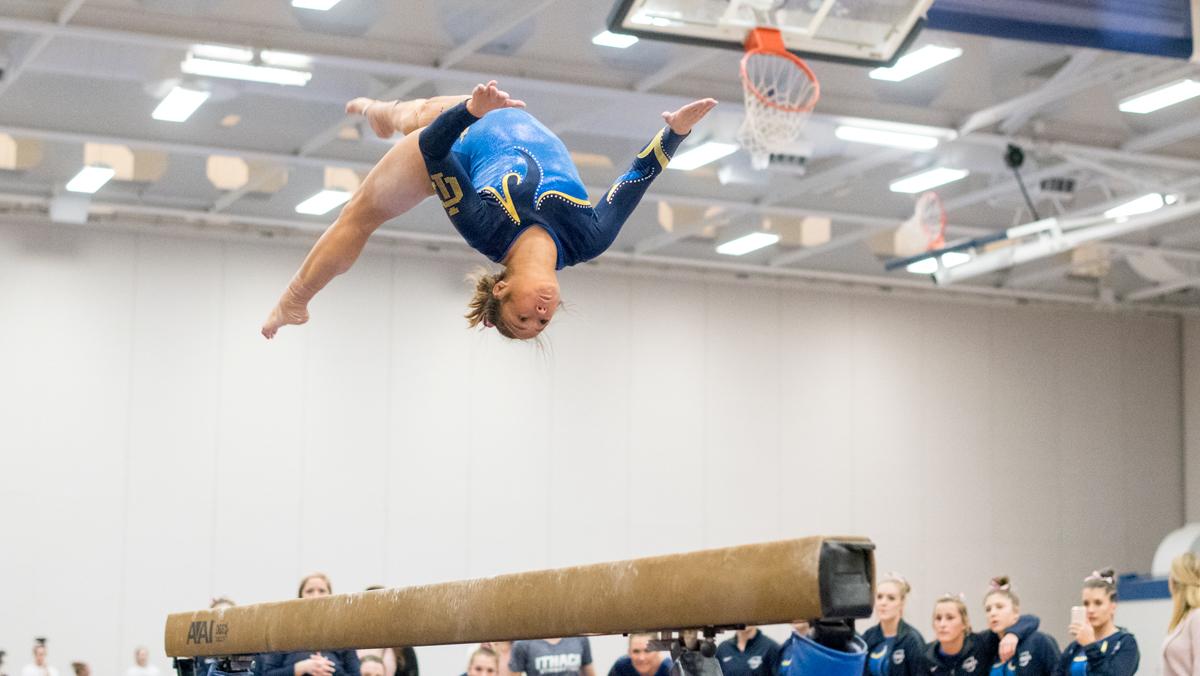 KRISTEN HARRISON
Sophomore Emily Szembrot competes on the balance beam at the Rumble and Tumble meet on Feb. 14.
By Tyler Evans
Published: February 15, 2018

The Ithaca College gymnastics team defeated SUNY Cortland 190.825–185.800 to take home a victory at the Rumble at the Tumble meet.

The Bombers broke their team record on uneven bars, which was set the previous meet, with a score of 47.550.

The team also had their best score on the vault, tallying a score of 47.575.

Junior Carolyn Nichols recorded a 9.700 which put her in a tie for second place. Also rounding out the top five was junior Victoria Grey with a score of 9.575.

The Bombers dominated the balance beam event with the top five being comprised of all South Hill squad gymnasts.

The team was led by junior Nina Bustamante, who claimed the top spot with a score of 9.750, which was her personal best.

Sophomore Emily Szembrot scored a 9.625 putting her in second place, while freshman Katie Holcomb placed third with a 9.550.

The Bombers finished strong on the floor exercise, claiming three out of the top five scores. Nichols finished first with a 9.725 in the event. Trammell and freshman Alexis Griffin both scored a 9.600, putting them in a tie for fourth place.

The next meet for the Bombers is against Springfield College at 11 a.m. Feb. 18 in Ben Light Gymnasium.