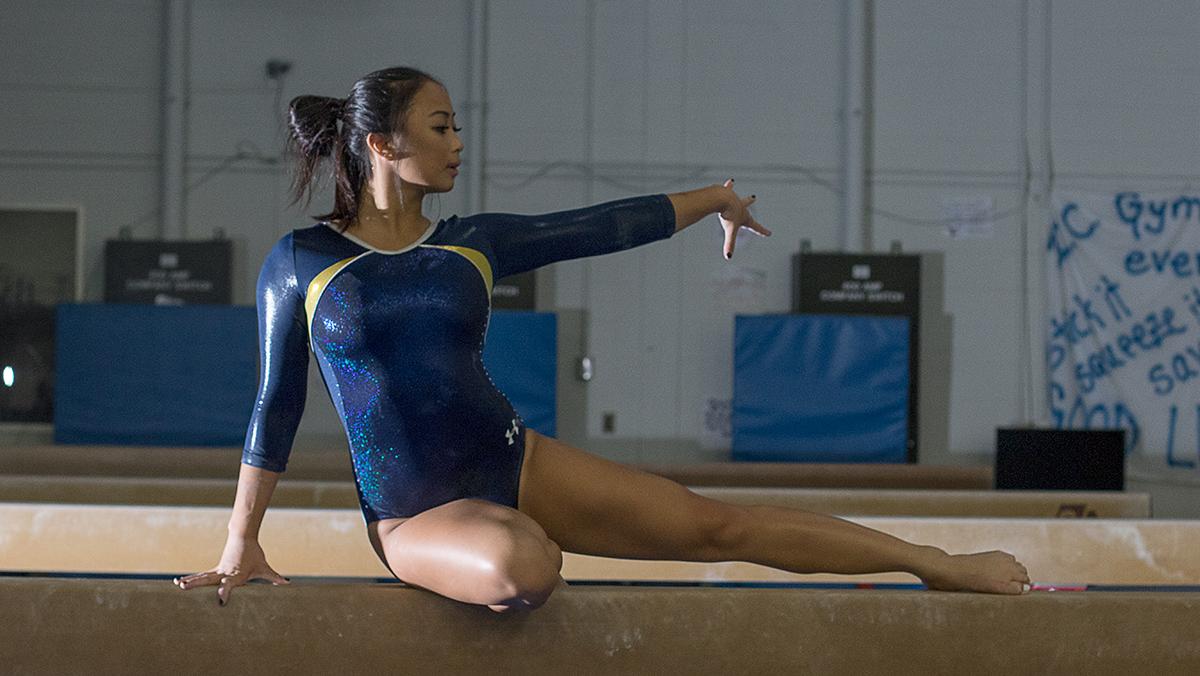 This season, the Ithaca College gymnastics team is going back to the basics, as it aims to have an injury-free season this year.

Last season, the gymnastics team had a 4–10 record but managed to send two gymnasts to nationals. Head coach Rick Suddaby said he expects the team to be able to rebound and perform better this season.

“Our season was robbed from us with injuries last year,” Suddaby said. “Our goal was to have a complete season. We have a bunch of kids recovering from injuries and surgeries. Some of the top potential has to do with recovery.”

In order to prevent injuries and take care of the ones that are already prevalent, junior Mina Shernan said has implemented new strategies, such as new warm up routines and more core time, to help prevent future injuries from occurring.

“There is a motivation that is there to get back and be stronger than we were last season,” Shernan said.

She said this year, the Bombers are focusing on the team aspect of the sport.

“Rick’s former coach from Cortland came to talk to us, and both he and Rick mentioned it’s not the entire role of the first five or six in the lineup. It is the bottom 10 in the lineup,” Sherman said. “We all need to do our parts for that. The bottom five or six make the biggest impact. If all top 10 are strong, that makes a good team. The bottom five will push everyone else up.”

This year, the Bombers will have to make do without four-time All-American Megan Harrington, who graduated last year. Suddaby said he thinks the Bombers are very capable, and the top six and seven athletes on each event are strong. However, he said he is a bit worried about vault, which he said is currently lacking depth.

Suddaby said he expects Emily Szembrot, a freshman, to compete all-around. She is battling a wrist issue right now, which is slowing her down a little bit, but she can be competitive on all four events if she gets healthy.

Another freshman hopeful is Elyse Ryden, a bar specialist. Suddaby said if she learns all her skills, she will be competitive.

“All the freshmen I expect will contribute,” Suddaby said. “That adds a whole new dynamic.”

As far as all-around goes, Suddaby said he is unsure of who will be able to compete in all four events. It is too early for him to tell because they have to qualify in order to do so.

Ryden said the four freshmen are looking stable in practice.

“The team is looking especially strong on bars and floor,” Ryden said. “All four of us have had success and experience with big USAG meets, and I think we can use that to our advantage.”

Ryden said the team has been performing well in practices so far this season.

“Our team dynamic is amazing, and I can’t wait to see how that energy channels into competitions,” she said. “I’m really optimistic about our upcoming season.”

The Bombers will have their first meet Jan. 15 at Rhode Island College. The first home meet will take place Jan. 21 against SUNY Brockport.

Ryden said she is looking forward to competing as a Division III Collegiate gymnast.

“I’m looking forward to the competitions and the atmosphere of an NCAA season,” she said. “I’ve watched college meets before, but it must be a feeling like no other to be out there on the floor with your team, and I can’t wait to be a part of that.”

Suddaby said the main goals going into the season for the gymnastics team are to be consistent and to work their way back up to the top.

“I am most excited about being consistently good. That’s what I am excited about. We were good at the beginning last year, and then fell off. We are looking to be back on top of the league. I think that is where we are headed,” Suddaby said.

Balance of Mind: Gymnasts learn to tame their minds