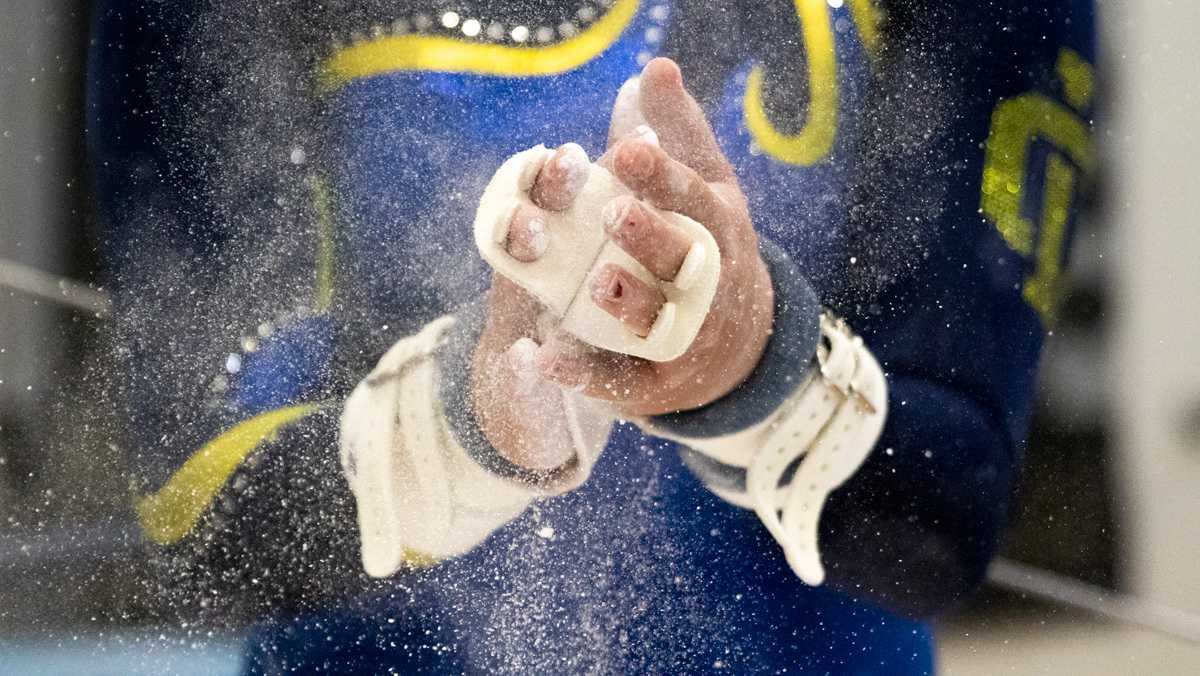 Lexi Danielson/THE ITHACAN
The Ithaca College gymnastics team competed in 11 meets last season, and, as a team, it earned either first or second place in six of those competitions. The Bombers hope to improve their impressive record this 2019-20 season.
By Shehanee Fernando — Staff Writer
Published: November 14, 2019

At the 2019 National Collegiate Gymnastics Association Championships, the Ithaca College gymnastics team was crowned with several individual and team honors. Headed into the new season, the team has its sights set on grabbing those titles yet again and achieving even more.

Coach Richard Suddaby said the Bombers’ biggest strength that will be carried over from last year is their depth of lineup. The Bombers graduated five seniors last season, and there are seven freshmen joining the team.

“The bottom can drive the top,” Suddaby said. “When our bottom kids are so good, everybody gets good. So, we are bringing the depths from last year.”

Christoforo said that throughout the national championship meet, she consistently struggled in warm–ups, and, on the day of her competition, she landed on top of the bar on her release move and hit her heels on the bars.

“I was not having a good day,” Christoforo said. “My coach came over and said, ‘It’s all in your head. It’s mental now. You know how to do it, so do it.’ I knew we were struggling, especially in bars, and I go last. We had one more event after, so I just wanted to be like, ‘I have to get us back on track.’ That was my thought process going into it.”

Senior Baylie Trammell appeared in the lineup in all of the meets last season, competing in the uneven bars, floor and vault. Last season was the first time Trammell started to appear in the floor exercise.

“We have the skill to get us where we want to go,” Trammell said. “We want to make sure that we are hitting our routines clean and keep our forms nice and get all the tenths we can get because of the difference between winning nationals and not.”

As the team embraces the results of last year, Trammell said the team members have worked on a lot of mental and physical parts of the sport, from perfecting their routines at a faster pace to keeping the culture and team dynamic positive.

“We are looking really sharp,” Trammell said. “The first years are really pushing the returners to stay on our game. We have the big skills. We have everyone doing something big and exciting. And, you know what, everyone could compete, and everyone could make the lineup and score big.”

Sophomore Mackenzie Kennedy was a huge contribution to the Bombers as a freshman last year, and she said she wants to stay consistent on her floor routines as well as adding beam to her skills. She competed in 10 out of 11 meets as a rookie. Kennedy said the team’s theme last year revolved around the phrase ‘Compete or watch,’ motivating the gymnasts to work to earn a spot in the competition.

“We don’t want to be the ones sitting there and watching other people do what we know we can do and we should be doing,” Kennedy said. “You have to choose. Either you want to compete or to watch, and that has been a big thing for the team.”

The Bombers are hosting the NCGA National Team Championship this year, and Suddaby said the home advantage will motivate the women to show how hard they will have worked up to that moment.

“I am so proud of what my kids are bringing into the year,” Coach Suddaby said. “We are hosting the national tournament, which is really exciting for us, so we are going to shine as we host.”

The South Hill squad’s first meet is at 1 p.m. Saturday, Jan.18 against The College at Brockport in Brockport, New York.