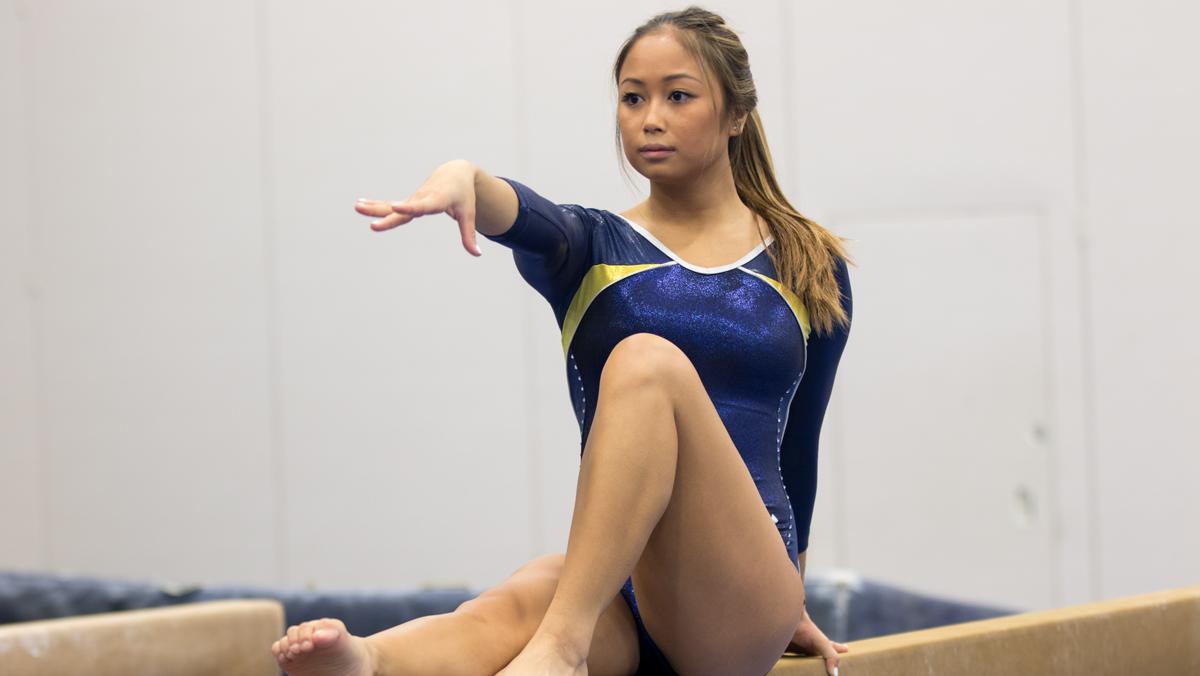 The Ithaca College gymnastics team is getting ready for another season with some key veterans and fresh faces.

At the 2017 National Collegiate Women’s Gymnastics Championships, Balcerak just missed out on earning her first All-American honor, placing 14th on beam. The top eight finishers are awarded All-American at the national championship. Balcerak scored a 9.000, which was the Bombers’ best finish for the event at nationals since junior Rachel Lee’s effort two years ago.

Balcerak competed on beam last season a total of 11 times with an average score of 9.238.

Junior Rachel Lee is returning to the team this season after battling leukemia. As a freshman, Lee earned All-American on beam. Lee is returning from a medical leave of absence from the school followed by last year’s comeback training. She did not compete during the 2016 or 2017 seasons.

“We are thrilled to see Rachel’s comeback after suffering such a great toll for the past two years,” head coach Rick Suddaby said.

Junior Carolyn Nichols was an All-American on vault last season.

Junior Victoria Gery is also returning. Last season, she had a personal best of 9.650 on the vault and 9.675 on the floor. Both of her personal bests happened on Feb. 15 at the dual meet at SUNY Cortland.

Suddaby said all the team’s events have improved greatly.

“It is appearing that we will have a nice balance between seasoned veterans and newcomers in each lineup,” Suddaby said. “Both huge talent and sound experience will give this team what it needs to compete with the best teams in the league.”

Balcerak said cohesion has been a strength thus far this season.

“It’s only the beginning of November, and we are already so strong, both physically and mentally,” Balcerak said.

The team goal is to qualify for nationals, and Balcerak said Suddaby is focused on making that happen.

“Out of observation, I feel like Rick is focusing on team unity and holding each other accountable so we can be as successful as we can be,” Balcerak said. “Our end goal is nationals, and Rick is guiding us every day to get there.”

“I think one of our biggest strengths going into this season will be how cohesive we are as a team,” Maffuid said. “We have an even mix of first-years and upperclassmen, and we have been able to mesh together really well.”

There are nine first-year students on the team, and Maffuid said they each have something new to offer, as they have brought a new spirit and culture to the team.

“They are a group of hard workers and bring a positive energy to each practice,” Maffuid said. “They all are motivated and willing to put in the work each day at practice, which has been awesome to watch. They are also all extremely talented, and I think they will make a difference in getting our team to where we want to be this year.”

On Feb. 14, the team will participate in the First Annual Rumble and Tumble on the Hill. The event is a dual meet with Cortland in both gymnastics and wrestling.

The first meet of the season will be on Jan. 13 in Westchester, New York. The first home meet will be against SUNY Brockport on Jan. 21.