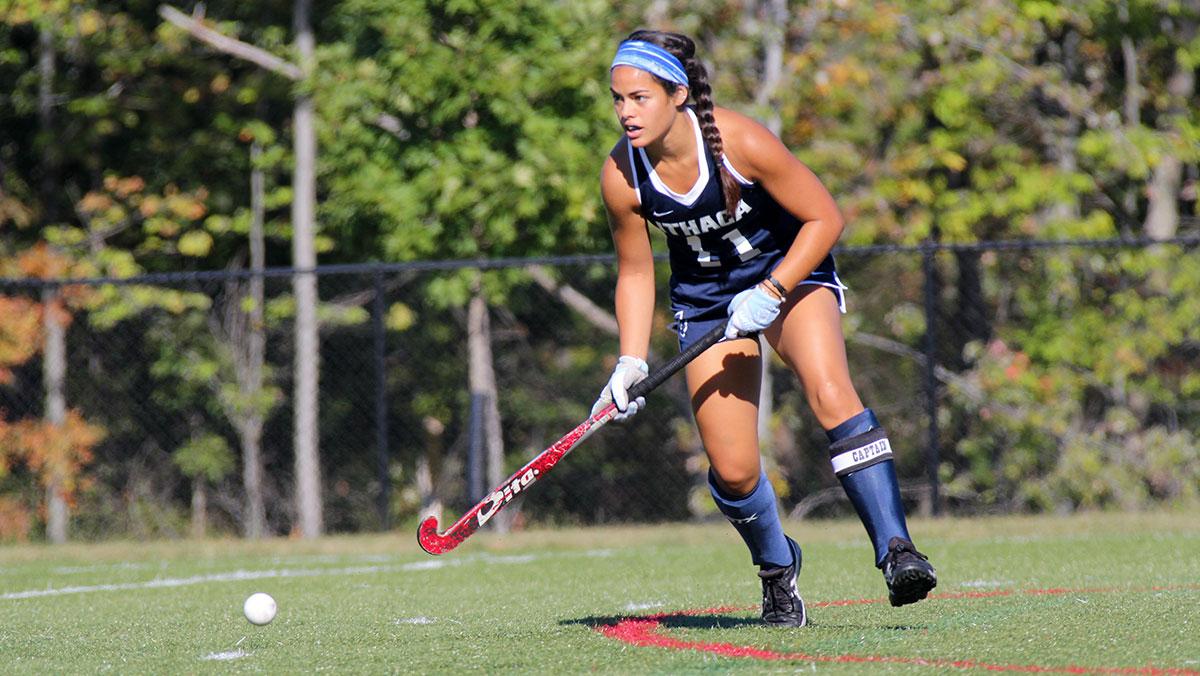 The Ithaca College field hockey team headed into a matchup with undefeated William Smith College on Sept. 30 riding a two-game winning streak. However, the Bombers failed their biggest test of the season, losing to the No. 5 ranked Herons by a final score of 2–1 in an under-the-lights battle at Higgins Stadium.

The Herons capitalized on their first penalty corner of the night nine minutes into the first half.

Sophomore Maura Moran started the action with an entry pass that found the stick of fellow sophomore Hannah Wood. The ensuing shot was saved by the Bombers junior goalie Katie Lass, but the rebound found junior Jessica Borbee’s stick, who pounded home her second goal of the season to stake William Smith to a 1–0 lead.

The Blue and Gold responded six minutes later off their own penalty corner.

The score would remain deadlocked at one heading into halftime. William Smith’s one goal in the first half was the fewest they had scored all year, despite pounding the Bombers net with 11 shots in the opening stanza.

The Bombers came out strong in the second half, attempting two penalty corners and getting off two shots before the half was five minutes old, but neither chance found the net. The defense also took control, holding William Smith shotless until 11 minutes into the second half.

With 14:25 to go in the game, the South Hill squad took its time-out to compose its game plan for the remainder of the game. It would prove fruitless, however, as William Smith would take the lead immediately after.

The tally would prove to be the difference as the Bombers failed to convert on their last two shots of the game.

With the loss, the Blue and Gold fall to 6–3 on the season. The South Hill squad will return action at 4 p.m. Oct. 7 against Wells College at Higgins Stadium.