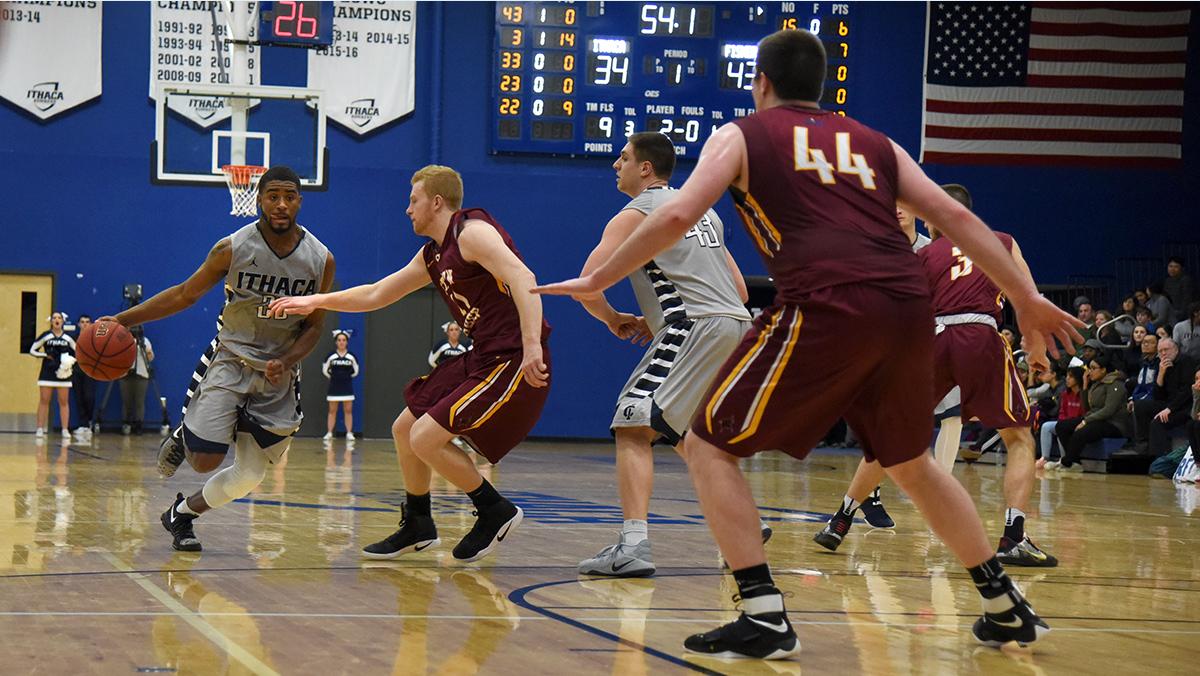 The Ithaca College men’s basketball team lost to St. John Fisher College on Jan. 28 in the final seconds with the score 87–83.

The Bombers kept fighting as Chasin shot two 3-point shots to give the Bombers the lead 26–23. The Cardinals came back, however, and never let the Bombers regain the lead. At the end of the first half, the Bombers were down 45–38 to the Cardinals.

The Cardinals stretched their lead throughout the second half, but the Bombers were not about to give up easily. The Blue and Gold began to catch up to the Cardinals, with key points scored by sophomore forward Peter Ezema and junior guard Carroll Rich late in the game. Sophomore forward Adam Kleckner also scored key points and had a great day defensively, as well.

The last six minutes of the game were intense, with multiple fouls and several lead changes. Ezema tied the game 66–66 with 6:18 left to play. The Cardinals continued to hit their shots and took the lead back from the Bombers. Rich was a key player at the end of the game, scoring 13 points in the last 14 minutes of the game. Kleckner gave the Bombers the lead 75–74 with 2:53 left in the game.

The Cardinals continued to stretch their lead as the Bombers were called for numerous fouls on shots to the basket. The Bombers were close to tying the game in the last seconds, but after sophomore guard Matt Flood and Kleckner fouled out of the game, they were unable to stop the Cardinals offense.

Chasin said even though they played well, there were things they could have done better.

“I think we played well,” Chasin said. “I mean, sometimes you just don’t win games. But I think we could’ve. We probably should’ve rebounded better.”

The Bombers next game will be at 8 p.m. Jan. 31 at Nazareth College.