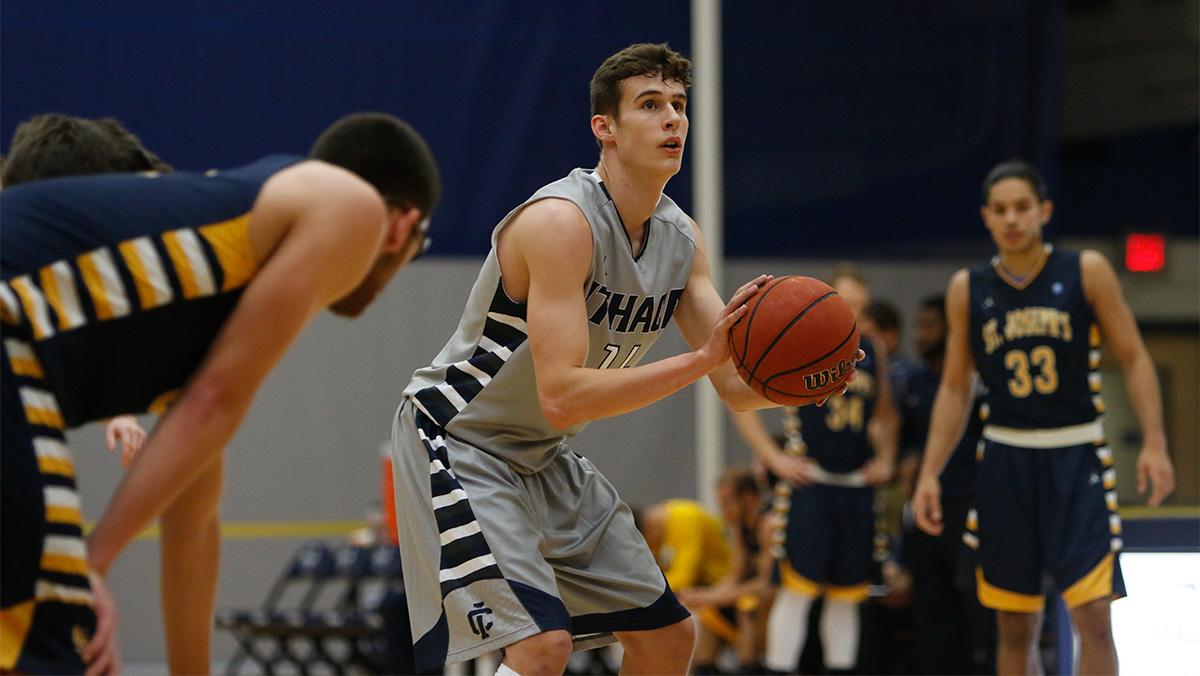 The Ithaca College men’s basketball team defeated St. Joseph’s College and SUNY Purchase in the Cortaca Classic on Nov. 18–19. The Bombers currently hold a record of 2–1 for the season.

On Nov. 19, the Bombers earned a 95–93 victory over SUNY Purchase. The Panthers had control of the game early on, but the Bombers tied the scored 8–8 five minutes into the game. The lead went back and forth for the rest of the half, until, with just over one minute remaining, the Bombers made a 7–0 run to take a 47–40 lead at halftime.

The Bombers maintained their lead in the second half, stretching it to 14 points. The Panthers did gain ground however, and got within one point of the Bombers multiple times towrads the end of the second half.

With 29 seconds remaining, the Panthers tied the game 93–93. With just three seconds left on the clock, Chasin scored and gave the Bombers a 95–93 win.

The Bombers will play at 4 p.m. Nov. 22 against Skidmore College in Ben Light Gymnasium.