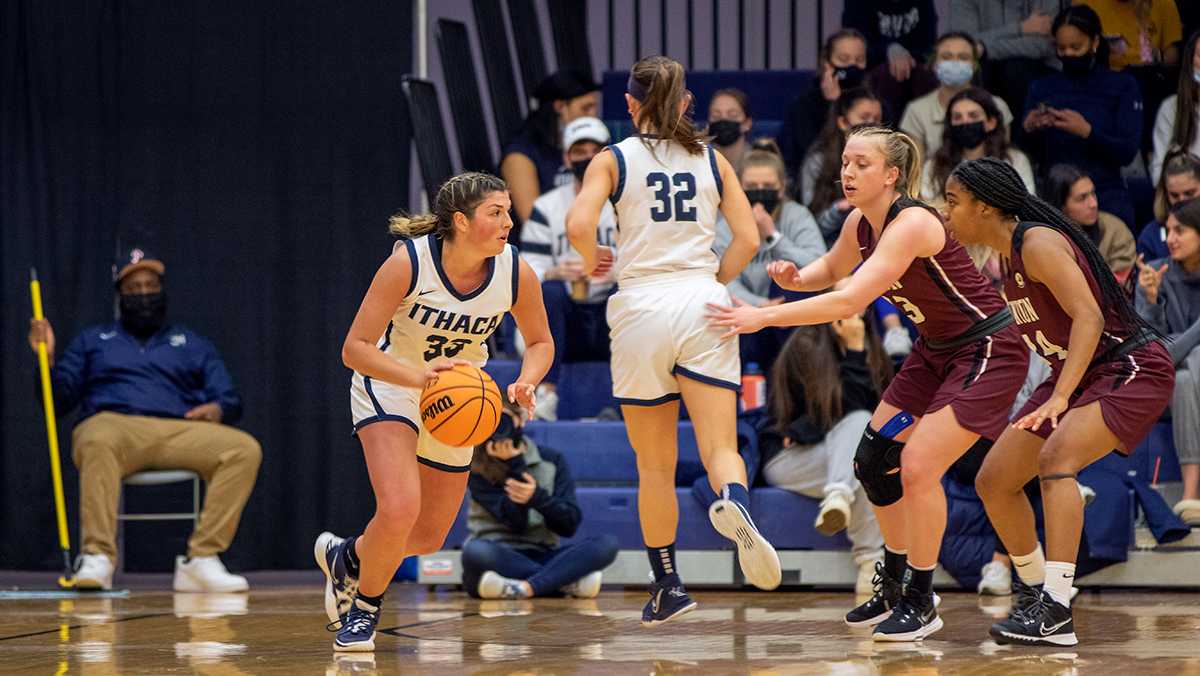 The Bombers did not trail for any portion of the game, with graduate student guard Grace Cannon scoring quickly in the first quarter. Graduate student guard Megan Yawman led the way for the college, tying career-highs in points with 13 and 3-point field goals with three. But it was a team effort all around, as senior forward Lindsey Albertelli led the team with 14 points to go along with four blocks and four steals. Cannon also contributed 12 points of her own.

Head coach Dan Raymond praised the team’s first quarter performance, which saw the Bombers take a 20–5 lead. The final three quarters were relatively even between the teams, so he credited the strong start for the win.

“The first quarter was outstanding on both ends,” Raymond said. “The defense led to some great opportunities on the offensive end and I think we capitalized really well. That got the energy up.”

Yawman got her game going toward the end of the second quarter, hitting two 3-pointers in a row to give the college a 33–14 lead with just over four minutes to play in the half. She would follow it up with a third 3-pointer that tied her career-high.

“I try not to focus too much on my points in the game,” Yawman said. “But it obviously felt really good that I was able to contribute in that way in a game like today.”

The Bombers went into the locker room with a 39–18 lead, which allowed them to coast the rest of the way to the end. The teams both scored 30 points in the second half, with Union being unable to make up any ground the whole way.

The Bombers were aided by 21 turnovers by the Dutchwomen over the course of the game, scoring 22 of its points off the offensive miscues.

Looking ahead to the next game, Raymond said their strategy would be different if the college played Vassar College instead of St. Lawrence University in the final.

“Defensively, we have to play two different styles against the teams,” Raymond said. “[Vassar and St. Lawrence are] totally different alignments.”