Injured pitcher adjusts to learning curve at the plate 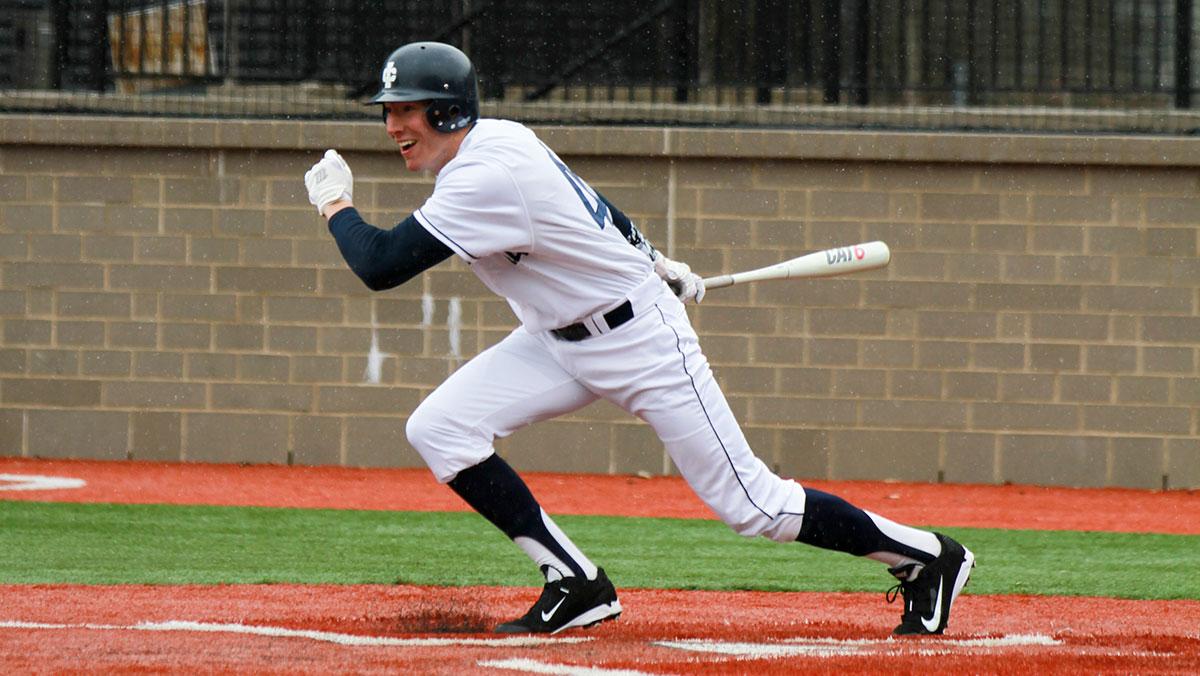 “It was a Sunday practice. It was actually the first time we were throwing live to hitters in the cage, off our mound,” Pidgeon said. He entered the season as a left-handed pitcher, but that day would drastically change his role on the team.

“And it was weird because I’ve never had elbow pain before in my life, and we had been throwing off mounds,” he said. “I was feeling good. Then I got in there, and it kind of just made a little, slight pop and it started hurting, and I was like ‘Wow, this is not normal for me.’ So I had to get out of the cage.”

He didn’t know it yet, but Pidgeon had just torn his ulnar collateral ligament, or UCL, which is in the elbow. To baseball pitchers, hearing the words “torn UCL” is usually devastating, as it leaves them incapable of pitching and rehabilitation can take upward of a year.

Rather than attempting to restore his UCL before returning to pitching, Pidgeon decided to take another route. He did undergo a procedure to repair his ligament, but he also decided to pick up a bat this season.

Pidgeon played as a left-handed catcher in high school, where he earned all-conference and all-state honors and won a state championship.

Because left-handed catchers are at a severe disadvantage when it comes to throwing to bases, he decided to pitch when he came to the college under the guidance of head coach George Valesente, who said the lefty was doing well on the mound before the injury.

“The idea was to make him a left-handed pitcher, and he was making great progress,” Valesente said. “He was at or about near where we thought he could be and probably would be a significant contributor on the mound for us as well. So it was really disappointing from that standpoint how that happened.”

Pidgeon was unaware that he tore his UCL until just over two weeks later. At that time, he had a difficult decision to make. He said he could undergo “Tommy John” surgery, or UCL reconstruction, take a year to try to nurse his elbow back to health or go through what is known as Platelet-Rich Plasma — which involves doctors removing some of his blood, separating it into multiple components and replacing it. Pidgeon ultimately decided to go with the latter of the three options, which is reported to repair abnormal parts of the human body, such as Pidgeon’s elbow.

He said he is unsure if the procedure even works. Because of this, he decided to pick up the bat again, and according to sophomore third-baseman Trevor Thompson, Pidgeon’s two-year hitting gap can be seen as a benefit.

“Our hitting coach, coach [Fazio,] always says that that’s honestly better for him, that he was out for two years, because we could start from the ground up,” Thompson said. “Having that two years, he almost got a clean slate with Pidge.”

Because batting does not involve use of the elbow, Pidgeon is not hindered by his injury. Thompson said Pidgeon seemed to be hitting well after a few practices and praised him for his technique.

“Honestly, he has one of the better swings on the team,” Thompson said. “The transition was honestly really shocking.”

Pidgeon did not get a starting nod until the team’s fifth game of the season during its trip to California. He started as the designated hitter, and totaled four hits — including two doubles — and three runs scored in the 11–9 extra-inning win over Occidental College.

From then on, he has started every game for the Blue and Gold, batting fourth in the order. Known as the cleanup spot, batters hitting fourth are known for their ability to drive in runs, hopefully after the three first batters get on base.

Pidgeon said the most difficult part of returning to hitting was getting back his “hitter’s eye,” or the ability to read pitches.

“It’s tough not being in the box for two years and then seeing college-level curveballs, college-level sliders, stuff like that,” he said. “It’s just one of those things where you get in the box and you’ve just got to see a lot of pitches.”

After making his adjustments throughout the course of the season, he is tied for first on the team with Thompson, with a .400 batting average. Nevertheless, Pidgeon said he focuses on the bigger picture.

“I just kind of play the game right now to hit the ball hard and put it in play, get the best opportunity for my team to win,” he said. “I really think we have a lot of consistent hitters right now, and the days that we’re on, we show a lot of promising things. If we can get the train rolling, I think we can be a very good team.”