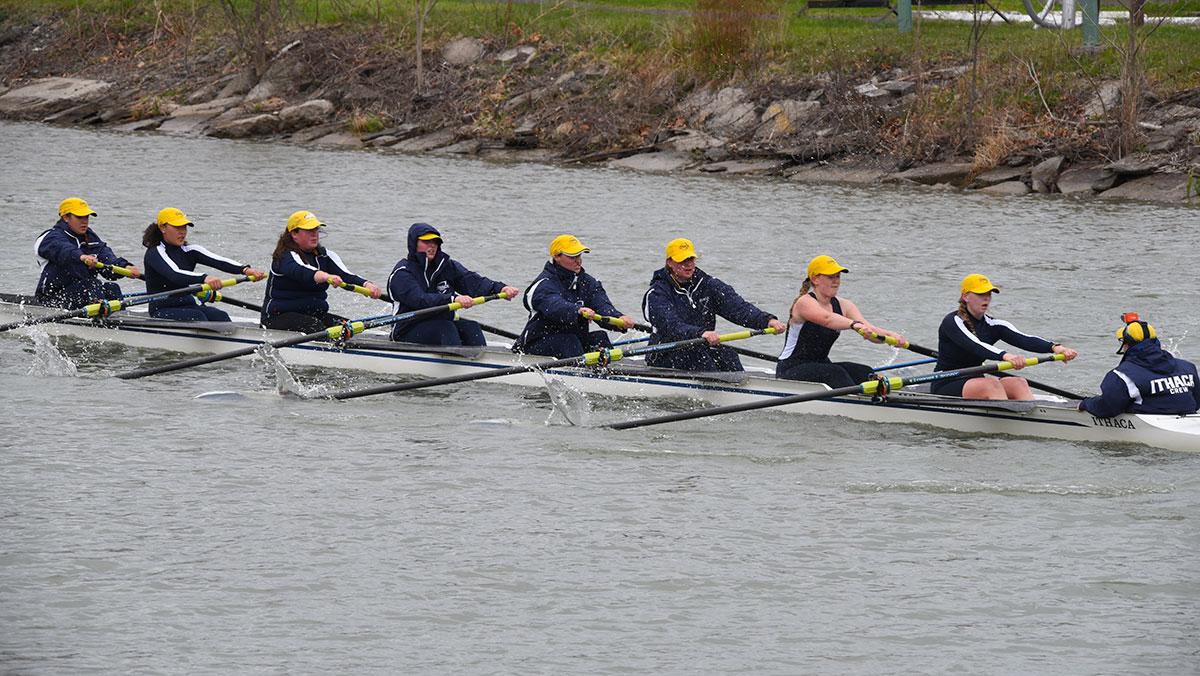 The Ithaca College rowing teams raced in their last home regatta of the season against Colgate University, Marist College and Hamilton College on April 23 on the Cayuga Inlet. The women picked up seven first-place finishes, while the men picked up three.

On the men’s side, the varsity 8 finished first, just over five seconds ahead of Hamilton. In its second race, the Bombers finished first again with a time of 6:32.3.

The second varsity eight finished second with a time of 6:57.5, less than nine seconds behind Marist, who placed first. In the varsity four, the Bombers placed third with a time of 8:28.8.

The Bombers will race again at 8 a.m. April 30 at the New York State Championships in Saratoga Springs, New York.