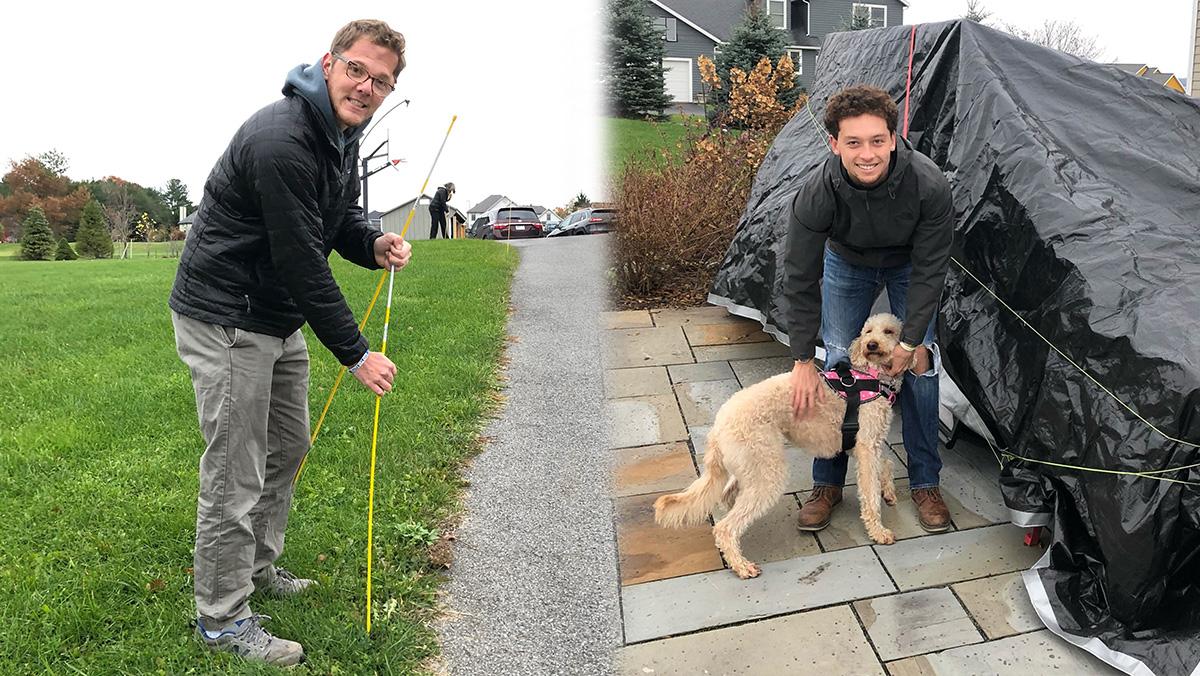 On Nov. 14, members of the Ithaca College men’s and women’s rowing teams had a change in their schedule. Instead of continuing their training for the upcoming season, the rowers participated in the annual “Rent-A-Rower” event to benefit the local community.

Members of both teams participated in the annual event, where members of the Ithaca community could hire rowers for a multitude of jobs, ranging from raking leaves and other yard work, to helping move someone’s piano. Rowers cost $40 to hire for three hours and at least two were hired for every job. Robinson said the team has been running the event for over 25 years, with last year being the only time that the team did not hold the event due to the COVID-19 pandemic.

Robinson said that when he was first searching for fundraising ideas, he found guidance by looking at what other schools had done to raise funds.

“We were inspired by another team,” Robinson said “I remember it was [Bill McLean], the University of Rochester [men’s crew] coach that did it and made big money with their program. And the idea is that the biggest resource we had as a team was horsepower. And we could do jobs.”

Robinson said the event has served as an important fundraiser for the program for many years, bringing in the majority of the funds needed for it to compete. However, changes in the amount of funding that the team has received from donors in recent years has made the event more about helping the community than raising money.

For the rowers, the shift in motive to a primarily community service event has made an impact on them, giving them a new way to engage with professors outside of the classroom while being able to help them get work done.

“We worked outside raking leaves at a professor’s home,” senior Laura Trainor said. “Other jobs that were done was moving furniture, stacking logs, and even helping to move a piano.”

Other work included helping people to get ready for the winter season by moving furniture and stacking wood. Robinson said moving a piano was one of the more outlandish jobs that the team had done.

“We had to move a piano for somebody this Sunday, and I told that person, ‘Listen, we’re not skilled movers, but we got the guys,’” Robinson said.

Trainor said she raked leaves for her professor, John Sigg, associate dean of the School of Health Sciences and Human Performance.

“We were representing the team and Ithaca College, but we visited someone’s home in the community and even got some homemade cookies,” she said.

Sigg said he was happy to help the rowers with the fundraiser and understood that they valued the chance to give back.

“The students talked about their opportunities for service to the community which was wonderful to hear from student-athletes who still find time to give back to the community,” Sigg said via email.

Junior rower Jake Lentz said that despite the cold and wet weather, the rowers enjoyed their work in the community, helping people and highlighting their enjoyment of working in the community.

“I felt a significant amount of [happiness], just because last year we weren’t able to do it because of COVID-19,” Lentz said. “So it was kind of bringing back what we do and what we’re about.”

While the team enjoyed its work with the community, Robinson said he recognizes the fact that this event takes time away from the athletes, and does not want to take too much time away from their busy schedule.

“We recognize that for a student-athlete, time is really valuable,” Robinson said. “They got homework, they got training for their team sport. And then if they have jobs or other things, so we don’t try to do too much. We do this once a year. And it’s worth it for the dozen or so retirees that benefit from it and are asking about it.”

For members of the crew team that will return to the college next year, they see “Rent-A-Rower” as an event that they would like to do again. The opportunity for them to go back next year and help people while also representing the team is something they see as an invaluable experience.

“You’re going out into the community and helping out somebody,” Lentz said. “And then they’re getting the help and also helping us out with some of our fundraising. It’s a really good feeling to help out, and I’d love to do it again.”

Q&A: Rower makes an impact in the boat and on campus

Sculling team rowing together again for a title