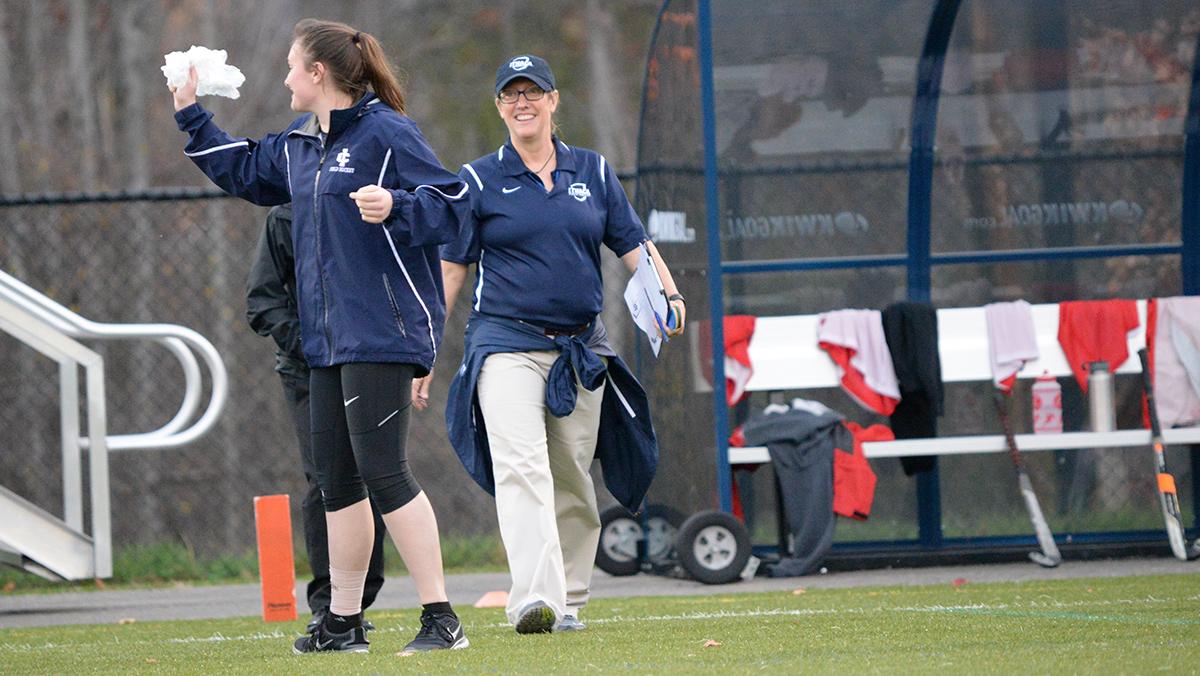 tommy battistelli/the ithacan
Head coach Tracey Houk walks off the field after the Bombers 2–0 win in the first round of the Empire 8 Championships on November, 6, 2015. She was the head coach for 21 years.
By Caitie Ihrig — Assistant Sports Editor
Published: March 1, 2017

Ithaca College field hockey head coach Tracey Houk announced March 1 she will be retiring after 21 years in her position.

Houk is the third coach in the program’s history and achieved a 179–194 overall record, which included nine winning seasons. Last season, the team went 8–7 overall and 5–1 at home.

The Bombers qualified for four NCAA tournaments while Houk was head coach, and they made the quarterfinals in 1997. The South Hill squad also qualified for two Eastern College Athletic Conference Championships during her time here.

The team won the Empire 8 Championships in 2003 and 2006. Houk and assistant coach Maureen Ordnung were named Empire 8 Coaching Staff of the Year after the 2015 season.

A national search for a new head coach is underway, with a new coach expected to be named in late April.