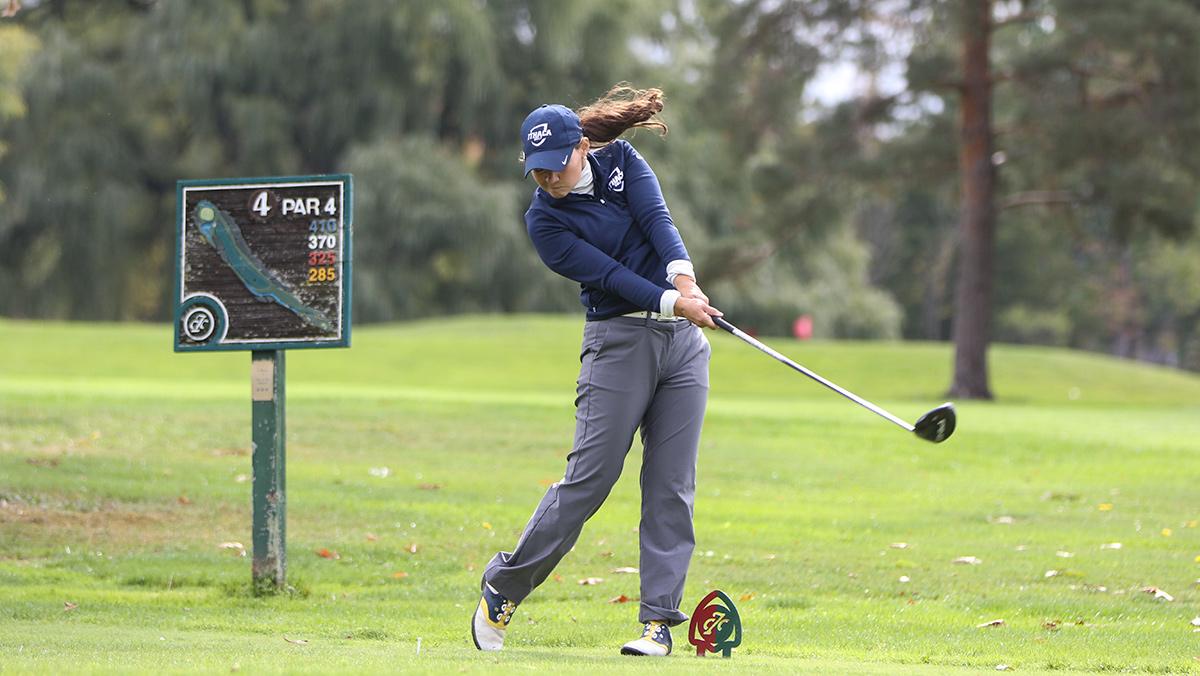 The Ithaca College women’s golf team won its final Empire 8 Championship, which was held at the Country Club of Ithaca, by 94 strokes Oct. 2. This is the seventh consecutive year that the Blue and Gold has won the tournament. After this season, the Bombers will be moving to the Liberty League.

After day one, senior Kimberley Wong had a score of 82, which tied her for first place with junior Audrey Clarke of Elmira College. On day two, Wong finished with a score of 80 and in first place. Her total score for the two days was 162, which is 18 over par. After the tournament, Wong was awarded Empire 8 Player of the Year.

Junior Indiana Jones placed second in the tournament with a total score 163, which is 19 over par. Her day one total was 83 and she dropped three strokes on day two to finish at 80.

Jones said that her putting saved her score this weekend because she didn’t connect with the ball as well as she would have liked to.

“If I didn’t have the amount of one putts and two putts I had this weekend, my score would have been significantly higher than what it was,” Jones said.

Freshman Peyton Greco finished day one with a score of 85 and dropped two strokes on day two to finish at 83. Greco’s final score of 168, the best of her career so far, placed her in fourth place for the tournament. Greco was awarded Rookie of the Year.

“I was so excited,” Greco said. “I couldn’t have done it without the help and support from my family, my coaches, and my teammates. They always believe in me and they’ve helped shape me into the golfer I stand as today.”

Junior Lauren Saylor and first-year graduate student Mary Rooker also scored their career best. Saylor finished the tournament in fifth place with a total score of 170, which is 26 over par. She finished day one with a score of 88 and day two with 82. Rooker had scores of 85 and 93, respectively, finishing the tournament with a score of 178, which is 34 over par. She tied in sixth place with junior Kyra Denish.

Denish finished the tournament with a score of 178, which is 34 over par. Denish had a score of 89 on each day.

Even though all six players finished in the top seven, coach Molly Braid said the team will have to work on their lag putting and ball striking.

“I was really pleased with how they kept their composure even while struggling with their ball striking,” Braid said. “We know what we need to focus on in practice this week to prepare for our tournament at Middlebury and we are excited to keep our momentum from the last few weeks going.”

The South Hill squad will play again Oct. 8 and 9 in Middlebury, Vermont at the Middlebury College Invitational.