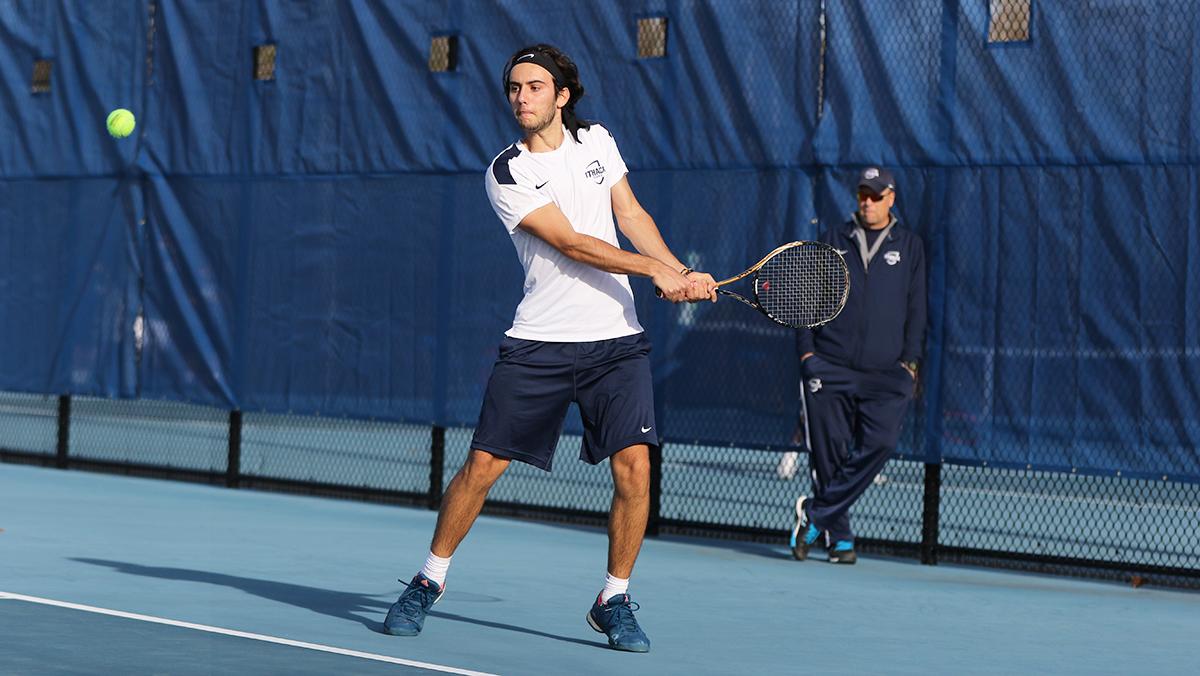 A clear day on the South Hill enabled the Ithaca College men’s tennis team to sweep Empire 8 conference opponent Houghton College 9–0 on the Wheeler Tennis Courts. The Bombers improve to 2–0 in conference play, 6–3 overall, and leaves the Highlanders 2–1 in conference and 9–3 overall.

The Bombers gained the lead early over the Highlanders, grabbing three wins in each of the doubles flights.

“We have been very strong in doubles this year so far, we’re just solidifying that,” senior Brandon Buksbaum said. “In singles, we’re improving and doing a lot better.”

The most riveting match of the day was played between Spiegel and Webb in the fifth flight. Spiegel pulled out an early 6–2 first set win but couldn’t capture the second one as easily. Webb forced the second set to go into a tiebreaker at 6–all but could not come out on top as Spiegel clinched the win with a 7–2 tiebreaker.

“We knew that we had to bring our A-game and we did,” assistant coach Jordon Smith said. “We had a strong start in doubles and in singles we kept it rolling.”

The Blue and Gold gear up for a non-conference match at 9 a.m. April 8, against The College of New Jersey in Ewing, New Jersey.

Tennis player battles on the court for sentimental reasons

The men’s tennis team defeated Empire 8 rivals Elmira College 9–0 in the opening round of conference play.