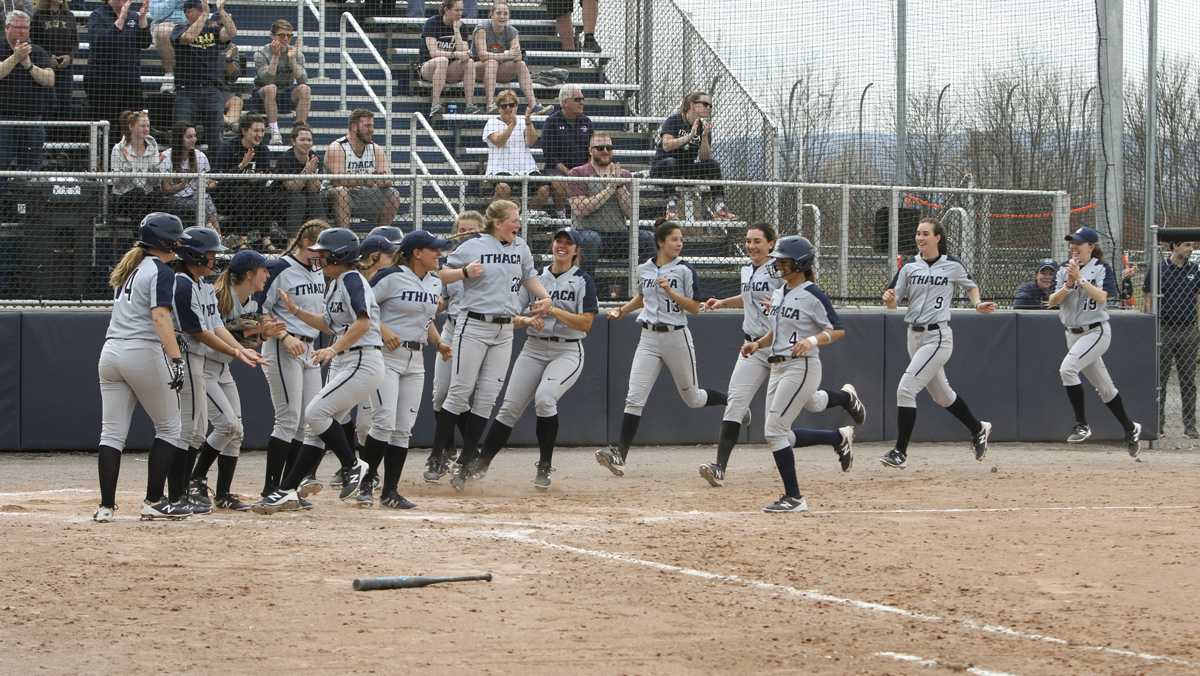 When senior lacrosse player Indira Varma read the email from Susan Bassett, associate vice president and director of the Office of Intercollegiate Athletics, that Ithaca College will compete in sports for the first time in nearly a year, she breathed a sigh of relief. Finally, she no longer had to worry about the uncertainty of her senior season.

“Our team has been working incredibly hard the last two months, and to know that our hard work will be rewarded is so nice to hear,” Varma said via email. “I was just so happy to know that I will have one more chance to play on Higgy with my teammates for my senior year.”

The Liberty League announced March 1 that there will be athletic competition this spring after canceling fall and winter sports for the 2020–21 academic year. The presidents of the Liberty League unanimously voted in support of holding league competition no earlier than March 26.

The announcement also introduced the league’s return-to-play protocols, which include those put in place by the NCAA and the league’s own. The document covers COVID-19 testing protocols, attestation, response to positive tests and contact tracing, contest cancellation, non-conference competition, season cancellation, risk mitigation protocol, host and visiting school responsibilities, hygiene suggestions and protocols for specific on-field roles like coaches, officials and healthcare providers.

Liberty League Commissioner Tracy King said student-athletes and team personnel will follow strict COVID-19 protocols. King stated that the league will move forward with cautious optimism as COVID-19 infection rates have declined regionally and nationally. Although all Liberty League schools are permitted to have athletic competition, each member has the ability to opt out.

The Bombers athletics schedules will be modified as the NCAA reduced the number of required competitions to qualify for Division III playoffs by 50%. Opponents will consist of Liberty League members with some nonconference institutions following guidelines similar to those established by the college. Bassett said these opponents may include those in the Empire 8 conference, including SUNY Cortland and Nazareth College, and some in other NCAA divisions — specifically Colgate University racing against the women’s crew team.

The Bombers will be able to begin competition the weekend of March 19, with the exception of the track and field teams, which are racing March 6 at Nazareth College, as a pilot to test the college’s return–to–play protocols, Bassett said.

Junior track and field athlete Logan Bruce said she is excited to compete again, as this has been the longest she has gone without competing since she was five years old.

“For so long I wondered what it would be like to be at a track meet again, and honestly I’m still unsure, but I can tell you that we’re ready,” Bruce said. “Personally, I’m thrilled beyond belief. … Competition is one of the best parts of sports for me, so I am over the moon at the opportunity to again.”

All personnel associated with a sports team must complete an attestation after all tests from a team return negative, and there will be no overnight stays for away events. Bassett said no outside spectators will be permitted to attend the events; however, there is discussion of allowing students at the college to attend with a daily health screening badge that shows the student is cleared for campus, a mask and social distancing.

Bassett said buses, which usually hold 56 passengers, will be restricted to 28 to allow for social distancing, and masks will be required at all times. Eating will also be prohibited in order to keep masks on for the entirety of the ride. Bus companies will have to adhere to the college’s guidelines. Bassett said athletes will not have to quarantine after competition despite leaving the county — as outlined in the college’s community agreement — because they will remain with people from South Hill for the entirety of the trip.

“We feel that because basically what they’re doing is getting on our bus and staying together when they get off the bus,” Bassett said. “When we go to another campus, we won’t be going anywhere like restaurants — just that athletic facility. … We’re not really engaging with the other county.”

Bassett said the administrators and health professionals that worked to develop the guidelines have been watching other universities and professional leagues to see what worked in keeping athletes and coaches safe.

“We’ve followed a lot of studies and learned a lot from what the professional sports and Division I sports have done,” Bassett said. “We’ve learned from the NFL — and even some Division I football teams — that everything was going well in their training and practices and competition, but where their positivity rate grew from was socialization and eating together, so we are going to take that out of the equation.”

Sophomore lacrosse player Andrew Tinnesz said his biggest concerns starting competition again are remaining healthy as a team and being able to finish the entire season, since his first run with the Bombers was cut off last spring.

“The biggest concern for me now is keeping everyone around me safe,” Tinnesz said. “I really just want to play lacrosse again since our season got cut off last year. We as a team have been really conscious of the regulations in front of us and feel like we have a chance to go all the way [through the season] as we keep following the guidelines.”

Bassett said the presidents of the Liberty League are still discussing the potential of hosting one day of competition for fall and winter athletes during the last week of April.

Tinnesz said that hearing that the Liberty League is resuming competition was motivation to continue training hard.

“My first reaction was probably, ‘Thank God,’” Tinnesz said. “We have been practicing for a month — pretty much six days a week. When you do that for a long enough time without games, you start to lose hope. I think everyone was really relieved, and it’s just another motivator for the season and the games to come.”