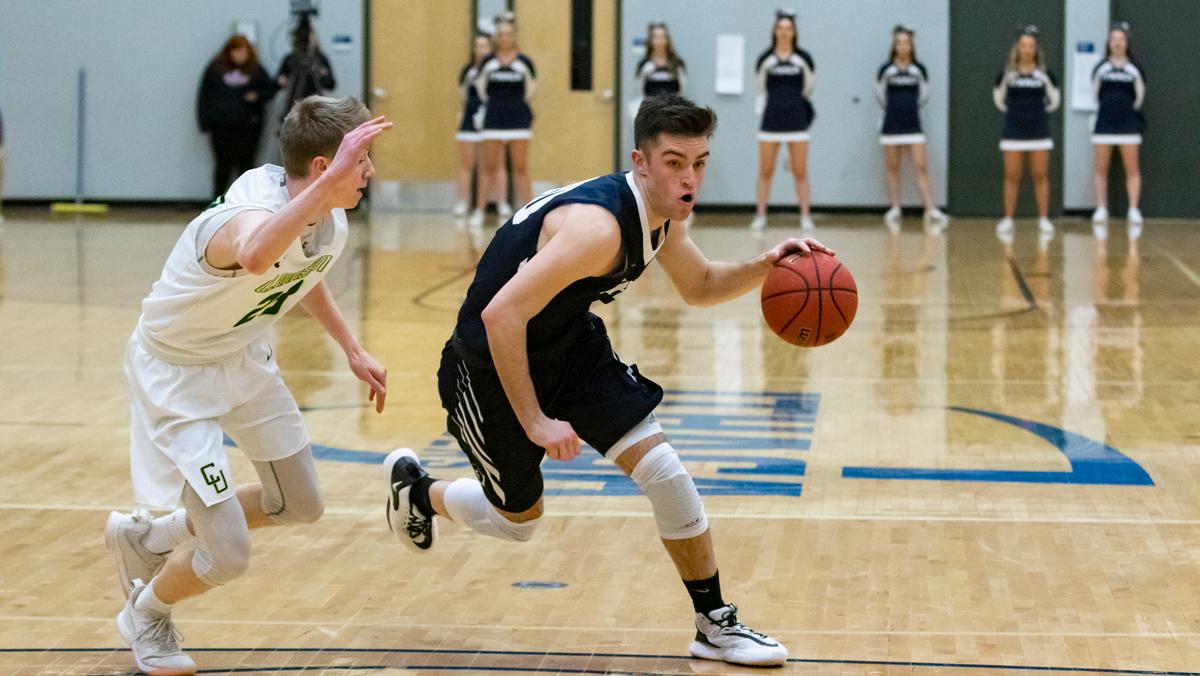 The Bombers win was a whole-team effort with five players scoring double-digits. Sophomore guard Skylar Sinon led the Bombers in scoring with 23 points and 19 of them came in the first half of the game.  Junior forward Bryan Karl and sophomore guards Zach Warech and George Sikoryak combined for 33 points. Senior guard Sebastian Alderete also impressed by scoring all of his 17 points in the second half. He said he believes that his team’s selflessness largely contributed to their success against Clarkson.

“We’re not afraid to share the ball,” Alderete said. “That’s why there’s a bunch of guys on our team that are great at scoring. We move the ball very, very well.”

The Bombers got off to a slow start as they trailed 20–18 with 11:07 remaining in the first half,  but they turned a corner and finished off the half strong with a 51–44 lead going into the second.

“That’s what great players do,” Mullins said. “For us to be at our best, he has got to play well for us.”

The Bombers’ confidence in Alderete played a key role in pushing him to success. He said he feels this confidence helped him remain positive despite his initial struggles and also allowed him to stick to his approach.

“The team just told me to keep my head up and keep shooting because they really do have trust in me,” Alderete said. “I just knew that second half I had to take the ball to the hoop more.”

Despite the Bombers winning by a margin of 19 points, Mullins said he still believes that his team can improve by playing consistent defense throughout the entirety of the contest.

The Bombers will return to action against St. Lawrence University at 4 p.m. Feb. 15 at Ben Light Gymnasium.