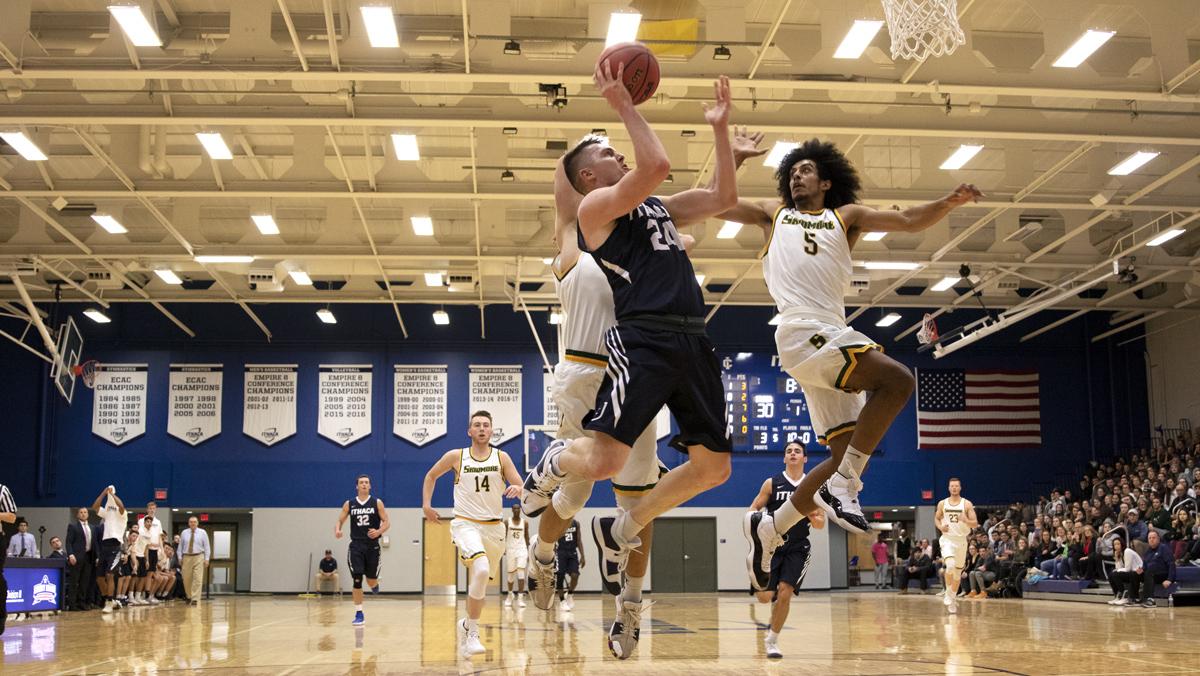 The South Hill squad was led by senior forward Peter Ezema who had 25 points and ten rebounds. Skidmore was led by Noah Meren’s 13 points and three assists seven turnovers. The Bombers prepared all week to defend Skidmore senior guard Edvinus Rupkus, who head coach Jim Mullins called the best player in all of Division III basketball, who the Blue and Gold limited to only two free throws and 12 points total.

The South Hill squad had a full team effort, as every player on the roster played at least one minute during the game. 8 players contributed points, including 18 from senior guard Matt Flood and 17 from freshman guard Skylar Sinon.

The Bombers’ 32-point win was their biggest win since their 32-point win Feb. 16, 2017 against Houghton College.

In his second-to-last home game, Flood was a vocal leader even when sitting on the bench and even coached his teammates during timeouts.

“I think that we have a very tight knit group and these young guys have kind of blown me away with their ability to follow us if we’re setting the example.” Flood said. “We’re setting the tone with leading, whether it be me or Pete, the upperclassmen the guys that have been through it. They inspire me to be a leader more than I ever have.”