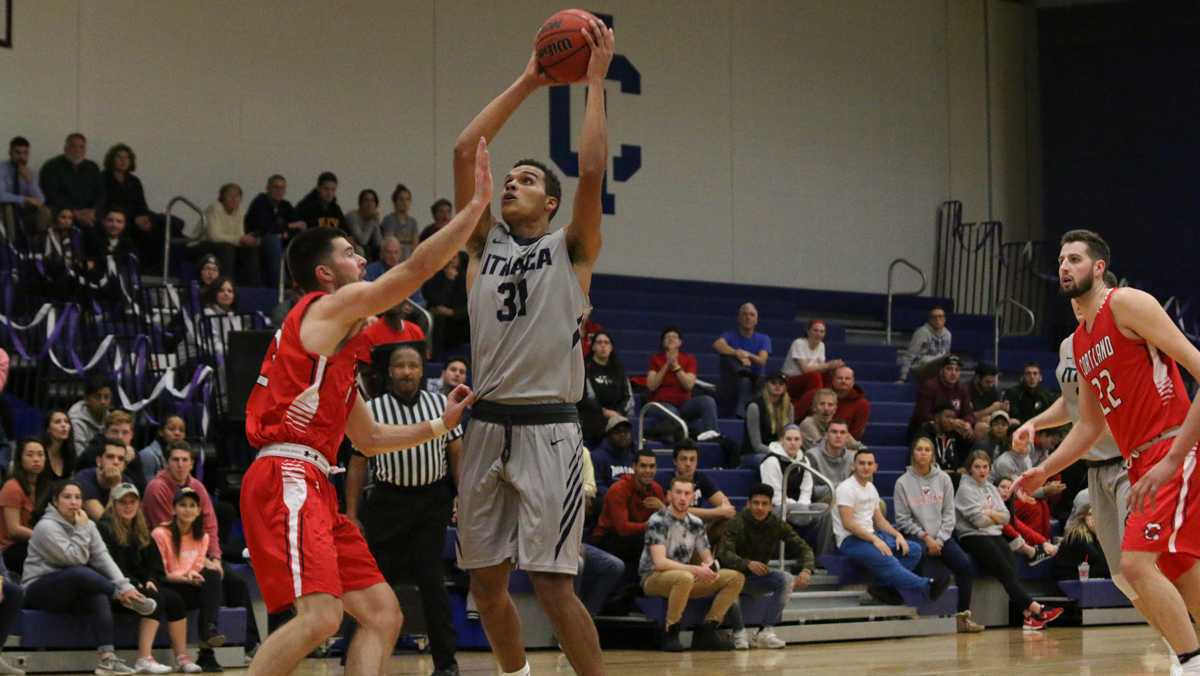 The Ithaca College men’s basketball team defeated the SUNY Cortland Red Dragons 86–84 to give head coach Jim Mullins his 300 win. With the win, the Bombers improve to 2–1 on the season after avenging its loss to the Red Dragons on Nov. 15.

The team was led by sophomore guard Riley Thompson, who scored 14 points. Ithaca had the three ball working all night shooting 50% total and 60% in the second half from beyond the arc. Junior forward Miles Herman had his first career double double getting 13 points and 11 rebounds. Herman spoke about his first career double double coming in this game.

“I didn’t even know I had a double double but that’s exciting and like I said it’s just playing hard and trying to get a win for the team,” Herman said.

With 28 seconds left in the game, senior guard Marc Chasin went to the free throw line and made one of two to put the Bombers ahead 84–82. Cortland subsequently dribbled down the floor and hit a layup shot to tie the game.

The Bombers inbounded the ball and junior guard Justin Cooper of the Red Dragons immediately fouled sophomore guard Sebastian Alderete, sending Alderete to the line to win the game. At the line, Alderete made both free throws to go up 86–84.

Mullins spoke about the possibility of being the winningest coach in history and whether or not it is on his mind moving forward.

“No, on my mind is trying to win the Liberty League, which is a very tough league,” Mullins said. “No, I don’t care about that.”

Men’s basketball looks to turn around from losing season