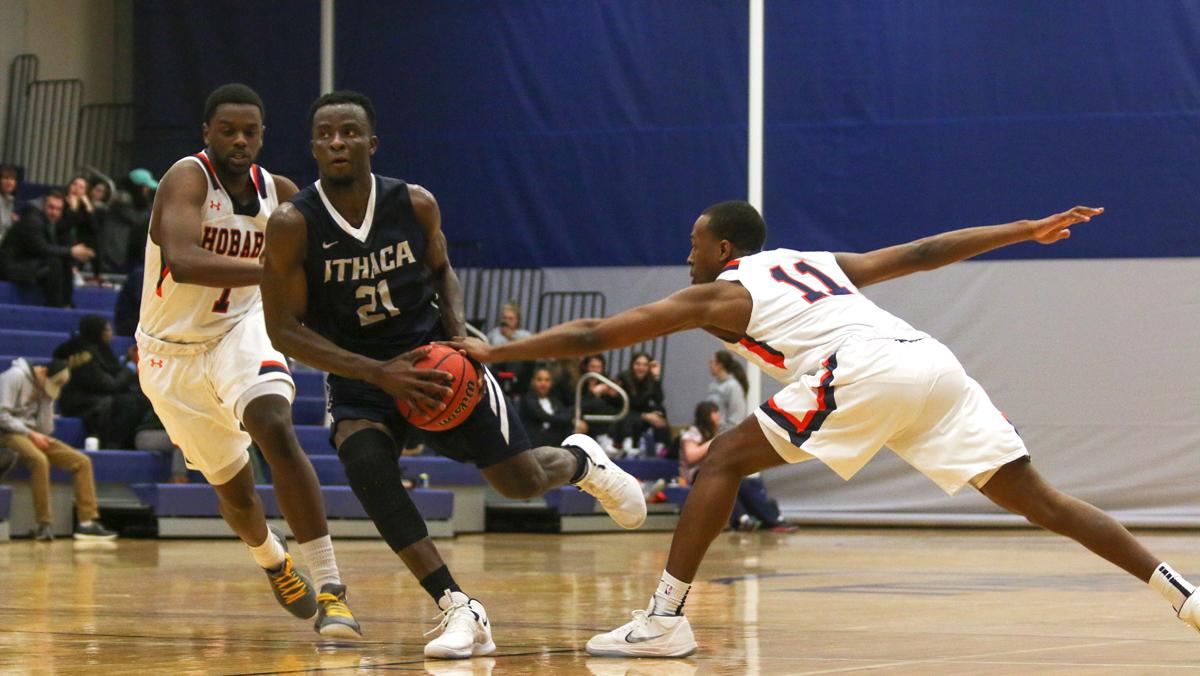 The Blue and Gold played well in the first half but struggled in the second half, blowing a 34-32 halftime lead by giving up 60 points in the second half. In the second half, the South Hill squad went up by as much as 10 points before Hobart made the comeback. The Bombers got into foul trouble late with three players getting 4 fouls. Junior Sebastian Alderete had 5 fouls total, including a technical foul with just over a minute left.

The loss really stung the players and coach Jim Mullins, as after the game, Alderete and freshman Kasim Cisse were doing drills and putting up shots.

Ithaca’s leading point–getter, Thompson, spoke about the loss and his 28 points.

“We’re expected to always give our best while we’re out there,” Thompson said. “I’ll always do that for my team, and I know they will do that for me. But yeah, it definitely puts a damper on it. The goal in the locker room is to win the game; whatever we can do as individuals to help that is what we’ll do, but when we step on the floor at the beginning of the game, we’re trying to win. It’s really hard to look at the night as a success.”

The Bombers have their next game is at 7 p.m. Feb. 1 against Skidmore College in Ben Light Gymnasium.