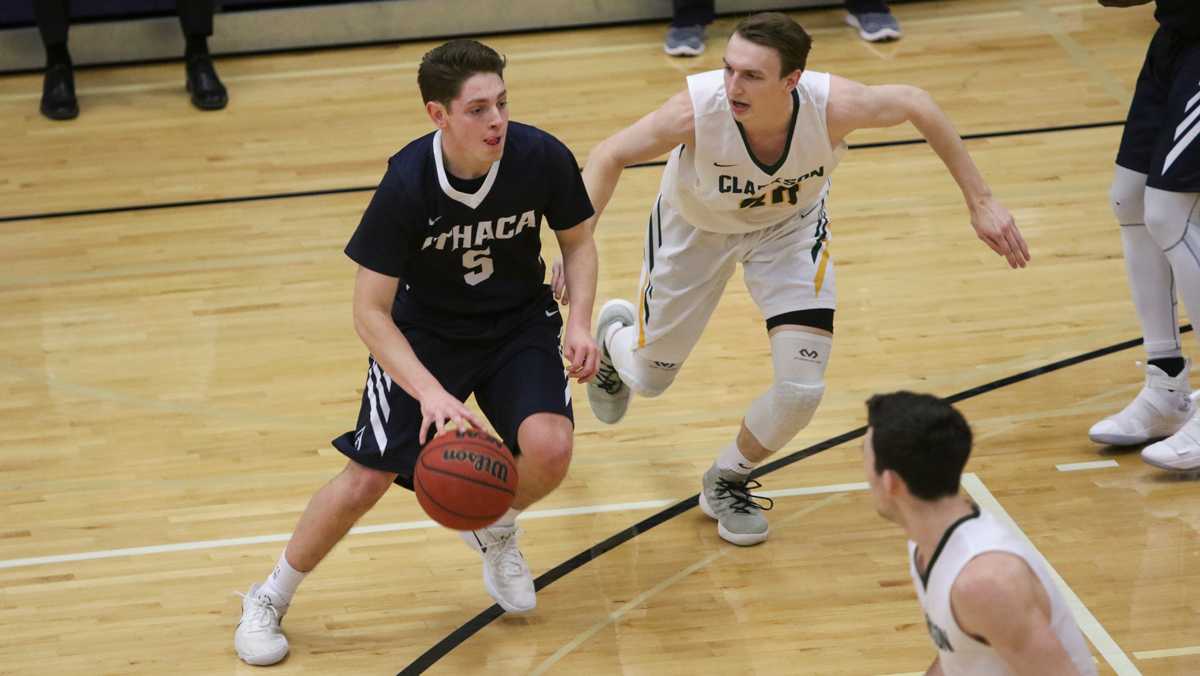 The Bombers were led by junior forward Peter Ezema and sophomore guard Riley Thompson. Ezema finished with 27 points, two points short of his career high, and 14 rebounds for his fifth double-double of the season. Thompson was strong from mid-range as he scored 17 points, on 5–12 shooting along with a perfect night from the free throw line.

Clarkson’s largest lead came right at the beginning of the game, leading 7-6 with 15:47 left in the first half. The Golden Knights were led by sophomore guard Matt Higgins, who had 24 points.

Despite leading by as much as 20 points, the Blue and Gold almost let this one get away as Clarkson went on an 11–0 run to cut Ithaca’s lead down to four points, with 55 seconds remaining.

Graduate Assistant Ahmad Boyd said that the Bombers need to find a way to close out their opponents.

“We gotta stop blowing large leads,” Boyd said. “We should’ve ran away with the game early in the second half, when we went up 20. I mean it’s always fun to be in a wire to wire game, but we’d rather not have those at this point in the season.”

The Bombers are now 7–1 at home after ending a losing streak that came entirely on the road. Thompson said winning for the first time in five games was important.

“We had a tough five game stretch on the road and things were tough during that stretch,” Thompson said. “We really had to dig deep in practice, prepare for a good team, we came out and got a big win.”

Editorial: Students should make the most of the local outdoors