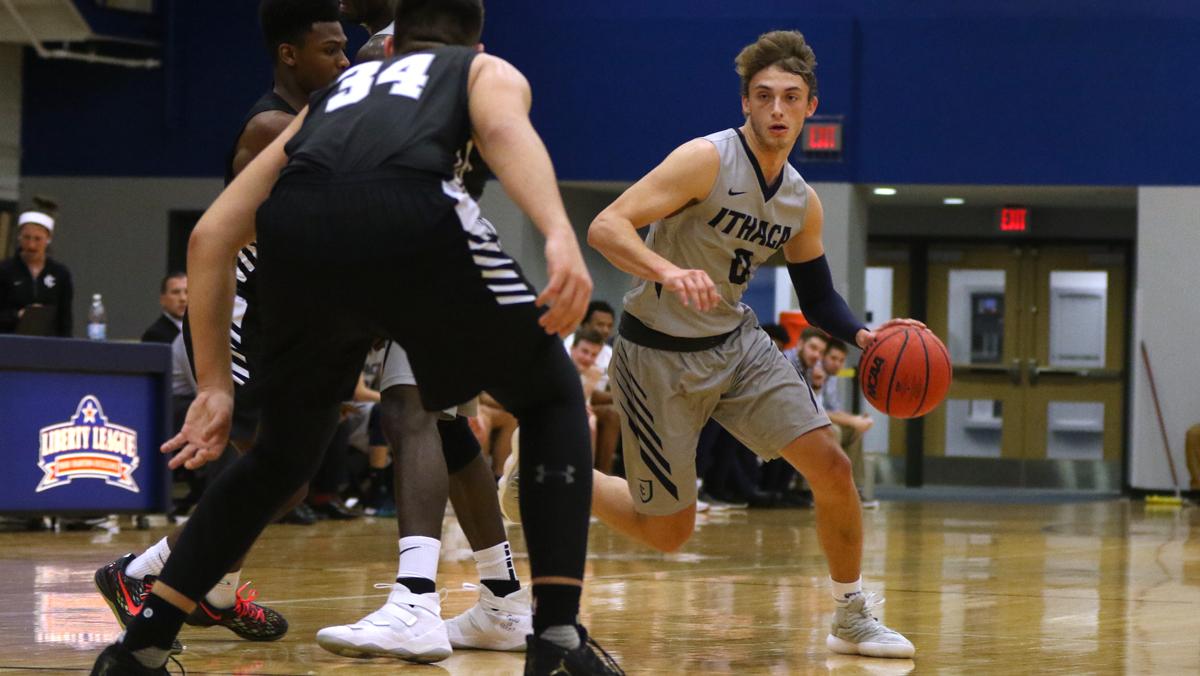 The South Hill squad lost a close one to the Bard College Raptors, 83–81 Dec. 1.

The teams alternated baskets until Bard went on a 10–0 run just several minutes in. The run was in part because the Bombers’ junior guard Sebastian Alderete, who picked up two quick fouls. The Raptors found a lot of success going into the paint and scoring down low.

Around the 14-minute mark, the Bombers went into a zone defense which slowed the Bard offense from extending their lead any further than 13. Still, whenever the Bombers would get any sort of momentum, it was hard for them to close the deficit completely. At the half they trailed by 10, 44–34. Bombers junior guard Riley Thompson led the Bombers with nine points at the break. Bard had three players in double figures and were led by sophomore guard Justyn Rogers with 15.

The start of the second half was a different story. Blue and Gold senior forward Peter Ezema scored the first five points, forcing Bard to call a timeout. After the timeout, the Bombers hit back to back threes from freshman guard Skylar Sinon and Thompson. Eleven straight points and IC had their first lead of game. It was a back and forth game the rest of the way, as no team lead by more than five the rest of the way.

Sinon showed up huge in the second half. He played all 20 minutes, scored 14 points and added four assists. He was also having an impact on the defensive end.

Thompson led the second half scoring for the Bombers with 17, which included going 8–8 from the free throw line.

The game was tied at 74 with 3:49 to go, until Bard scored the next four points, which ultimately propelled them to a four-point lead with 14 seconds left. As time was winding down, Sinon hit a three and drew a foul. He was at the line down two and needed to purposely miss. He did that, but the Bombers could not convert.

Bard was led by Rogers with 27 points and 12 rebounds. The Bombers were led by Thompson with 26.

The Bombers now fall to 2–3 and 1–1 in the Liberty League. Bard improves to 4–3 and 2–0 in the conference. Next, the South Hill squad looks to bounce back at 7 p.m. Dec. 4 against Wells College at Ben Light Gymnasium.