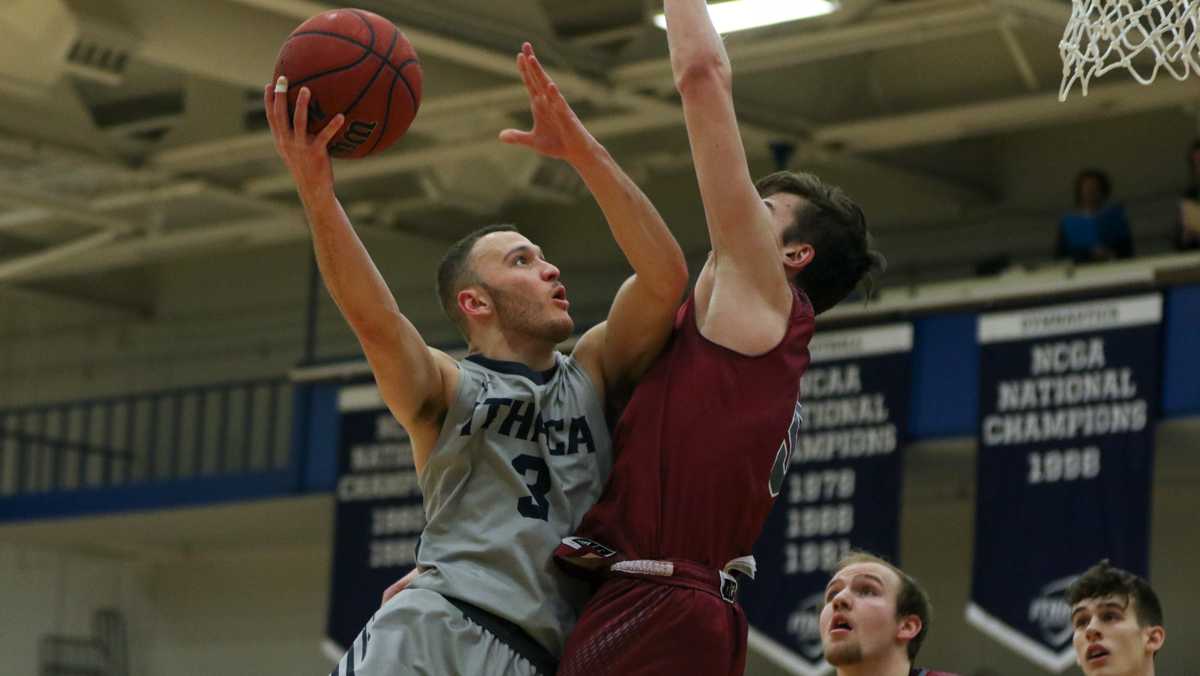 The Ithaca College men’s basketball team lost to Vassar College 66–54 on Feb. 17. With the loss, the Bombers are now 15–10 overall and have a 10–8 Liberty League Conference record.

The leading scorer for the Blue and Gold was senior guard Marc Chasin who had 15 points. Vassar junior center Paul Grinde paved the way for the Brewers with a double-double that consisted of 12 points and 18 rebounds.

Chasin scored first for the Bombers, putting them up 2–0, but that was the only lead the college would have the rest of the game. With 9:20 left to play in the second half, the Brewers went on a 15–0 run to put Vassar ahead 51–34.

With 1:42 left in the matchup, the Blue and Gold pulled within six points due to a jump-shot by junior forward Peter Ezema. However, the Brewers continued to build on their lead and won the game by 12 points.

With the win, the Bombers qualified for the Liberty League playoffs as the fourth seed. Senior Carroll Rich said in order for the Blue and Gold to win the playoff game, they have to play tough.

“It’s just fuel to the fire,” Rich said. “A year ago, teams in the Liberty League probably didn’t even expect us to be in this position, so we gotta keep instilling confidence in ourselves and keep pushing. We got a playoff game coming up, it’s our time to show what we are made of.”

The South Hill squad will host Skidmore College in the first round of the Liberty League tournament Feb. 20 in Ben Light Gymnasium. The time is still yet to be determined.