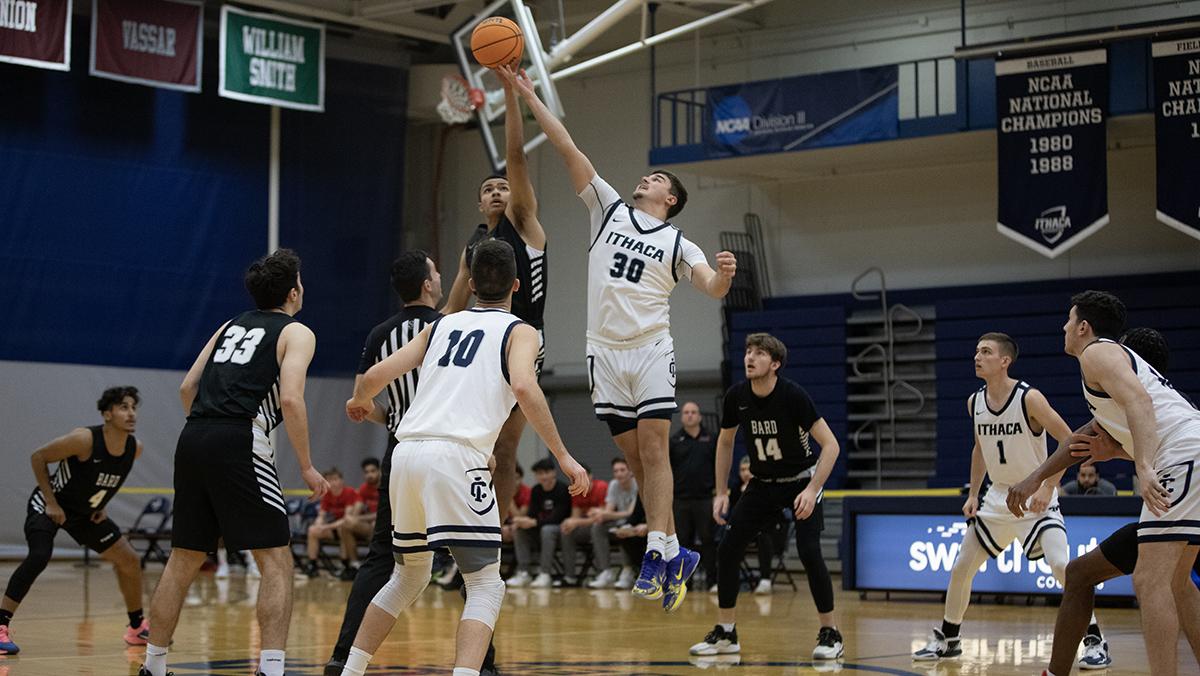 The Bombers had three players score in double figures in the win. Graduate student forward Luka Radovich led the Bombers with 22 points and 10 rebounds to record a double-double. Graduate student guard George Sikoryak III had 10 points with four assists, and junior guard Triston Wennersten came off the bench to contribute 10 points and five rebounds.

The Bombers took an early 11-point lead when they led the Raptors 14–3 at the 16:23 mark in the first half. This early surge was led by Sikoryak and Radovich, who combined for 12 of the Bombers’ 14 points during that stretch. 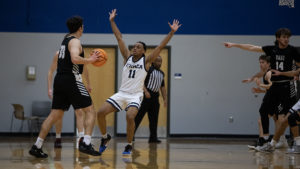 After a couple of minutes of back-and-forth scoring from both teams, the Raptors would bring the Bombers’ lead down to six when they trailed 23–17 at the 10:37 mark in the first half. The Bombers would then build their lead up again, scoring 28 points and holding the Raptors to 19 to close out the half, taking a 51–36 lead into halftime.

The Raptors’ best comeback effort came with 13 seconds left in the game as they shrunk the Bombers’ lead to 76–72 after a 3-pointer from Almodovar. After a missed free throw by Spellman, Harris would hit a 3-pointer with 0.8 seconds remaining in the game.

This would be as close as the Raptors would get, however, as the Bombers held on to complete the victory.

Despite the near Raptor comeback, the Bombers’ head coach Waleed Farid is proud of the way his team bounced back following a tough loss against Vassar College in their previous game.

“I think we bounced back pretty well. I think we lost focus there in the game, credit to them, they played a great game, they made us work, that’s a good team,” Farid said. “We gave them life in the second half … but in the end, a win is a win, we’ll take it, we’ll celebrate it just the same.”

While it is still early in the season, Farid is encouraged by his team’s progression as the games have gone on.

“I think we’ve started to play with a little more patience, and IQ, recognizing situations, and making plays for each other, a lot less one-on-one, and trusting a little bit,” Farid said. “I think that comes as the year goes on. We’ve been battling. We’ve competed in every game. We just gotta be able to finish some games and execute at the end of the games and things like that, and that’s something we’re going to be able to do as the year goes on.”

The Bombers will return to action against No. 10 University of Rochester at 8 p.m. Dec. 7.