Men’s basketball looks to turn around from losing season 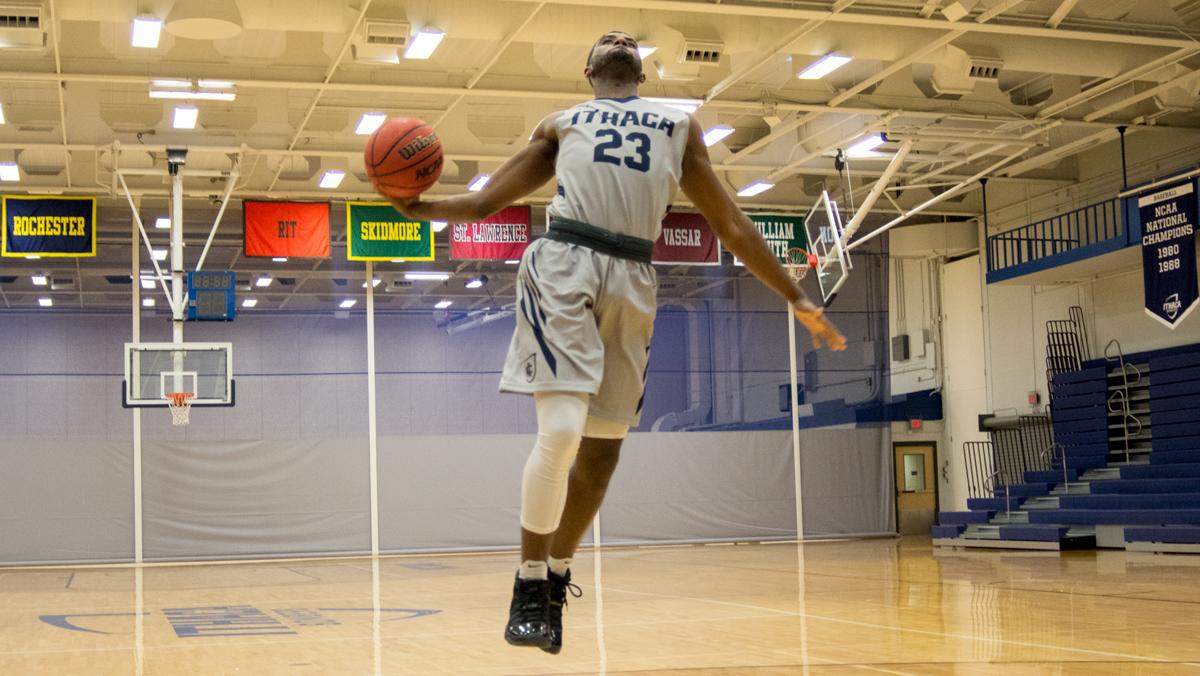 The Ithaca College men’s basketball team struggled in the 2016–17 season, finishing the year 9–16 overall and 5–11 in its last season in the Empire 8 conference.

Head coach Jim Mullins said last year’s season was unacceptable and that he will be looking for changes in the team’s culture.

“I needed to see some changes, some effort changes and things like that,” he said. “The big thing with a lot of teams today is the culture piece. You really want guys to care about the team and their teammates more than they care about themselves.”

Senior guard Marc Chasin is 435 points away from breaking the program’s scoring record. But he stressed he is coming into the season with a team mentality.

Mullins said this looks to be a rebound year for the Bombers with an older roster, as they did not lose any players to graduation. This is the first time since the 2015–16 season that the team has had a senior on the team and the first time they have had multiple seniors on the team since 2014–15.

The seniors are guards Carroll Rich, Joey Flanagan, Brendan Till and Chasin. Senior Tyler Lemza plays both guard and forward.

“I think every coach in the world wants to have a veteran team, so I mean, we feel pretty good about that,” Mullins said. “Obviously, last year we had a bad year, so that’s something we’d like to put in the rearview mirror.

Rich said the team has been practicing how to force turnovers to turn around what happened last season.

“It’s been a little bit of a more aggressive mentality,” he said. “We take an approach that we don’t want anybody to score, we don’t want to get a stop, we want strictly turnovers. We want to build on those turnovers so we can score on the other end, get easy points.”

This season, Rich said that the seniors will be leading the team while making sure they set the team up for success in the years following.

“There is a lot of youth on the team and it would be good that they develop more so for the next coming years they will be ready, preparing for another Liberty League championship hopefully,” he said.

There are four freshman, two sophomores and six juniors on the team.

One of the young leaders on the South Hill squad is sophomore guard Riley Thompson. Last year, Thompson scored 218 points, which was good for fourth on the team. He was also named to the all-rookie Empire 8 team three times last season. Thompson played in all 25 games last year and said he will be using that experience to help the freshman.

“It’s always good to have experience on the team, and we have a good group of juniors and seniors that are gonna take care of that, but I feel having a year of experience under my belt,” Thompson said. “Last year, playing 25 games really helps coming into this year.”

The Blue and Gold finished 50th in scoring offense in the NCAA and were unranked in scoring defense last season. Over the past two seasons, the Bombers have played seven Liberty League teams, giving the team some familiarity with their new competition their first year in the conference.

“I don’t think it will be that much of an adjustment,” Rich said. “The past few years, Coach has always scheduled out-of-conference games against Liberty League teams, so I think we are a little familiar with the style of play.”

“Part of the frustration in that for me is I think defense and rebounding both are largely a result of effort,” he said. “You gotta want it, and I’m just not sure that we wanted it badly enough last year, so I think they’re definitely committed. I think they didn’t like being mediocre last year, and they are ready for something good to happen.”