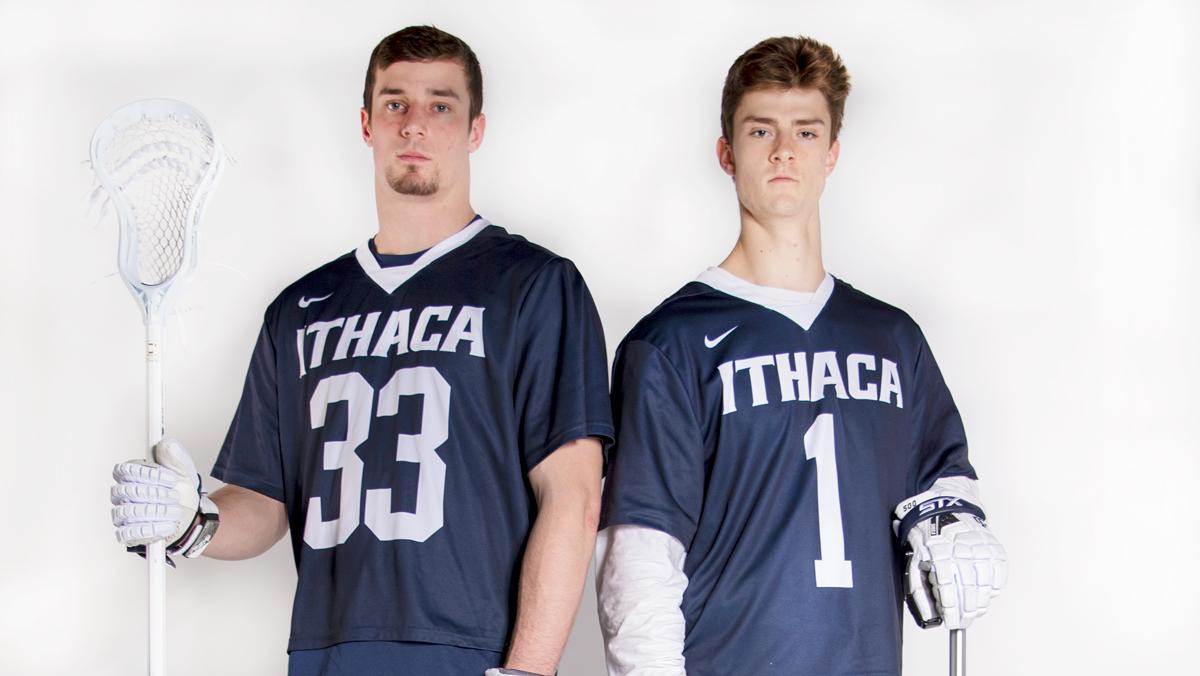 The team is led by five seniors and one graduate student, who are also the captains: attackmen Dan Lee and Ryan Ozsvath, midfielder Kevin Enos, defenseman Aaron McCartney, goalkeeper Robby Atwood and defenseman Sean Seaberg. Breaking from the traditional captaincy structure of two seniors and two juniors, head coach Jeff Long said he feels this group is special in terms of talent and leadership.

“We have six really good seniors this year, and it was a way to spread the wealth a little bit,” said Long. “They’ve done a great job. Rather than have two guys worry about 40 guys, we’ve got six guys, who collectively keep an eye on everybody and have a small group they keep a really tight eye on.”

Although the team boasts strong leadership and a roster full of experience, there are some holes on the roster left by seniors from last season. Former midfielders Josh Della Puca ’19 and Brendan King ’19 were both starters at midfield and named to the All-Liberty League First Team last year. Della Puca posted at least 40 points every year of his four years and 179 total points in his career.

Seaberg said he is confident the team will step up. The graduate student defender scored a goal and registered three assists to total four points as a long-stick midfielder last year while also picking up 54 ground balls, and he was named to the All-Liberty League Second Team. With better chemistry on offense and an improved overall toughness on the defensive side, Seaberg said, the Bombers are ready to rise in the Liberty League rankings.

“I think this year, more than last year, we’re a lot closer,” said Seaberg. “Even though we lost one of the best players in the league from last year, Josh [Della Puca], I think we’ll be able to step up and be a better team. I think we’re a tighter knit group, more in it to win it.”

Among those who will step up and fill the holes are midfielders, including junior Connor Till, sophomore Drew Turner and freshman Jake Erickson. Till was named to the 2019 All-Liberty League Second Team after appearing in all 14 games and producing 27 points offensively while also securing 27 ground balls. Turner started one game last year but played in 12 and scored seven points.

Long said Erickson, who will be on the starting line of midfielders, impressed the coaches during the preseason and has shown potential to become a leader for the team.

At attack, the team is bringing back all three starters from last year. Lee, Ozsvath and junior Connor Brumfield combined for 76 goals last year and are aiming to build on their existing chemistry. Brumfield was also named to the All-Liberty League Second Team after notching 25 goals, 15 assists and 38 ground balls throughout the season.

On defense, McCartney will be rejoined by junior Jake Hall-Goldman and sophomore Demetri Lowry. McCartney has been a starter since his freshman year and accumulated 39 ground balls during his junior season. Hall-Goldman was named to the All-Liberty League Second Team last year and led the Bombers with 27 caused turnovers.

Starting at goalkeeper will be sophomore Connor Thornton, who started all 14 games last year. Thornton said he thinks the team is ready to compete with the top schools in the Liberty League.

“Expectations are always high,” Thornton said. “Every year, we want to win conference championships, make waves in the playoffs, see how far we can go and try to win a national championship. I think we’re in a good position because other teams don’t have their eye on us. I think we’re going to sneak up and surprise people.”

Thornton said the team has made an effort to strengthen its culture on and off the field going into this season as well.

“The culture is really good,” Thornton said. “I think if we really come together well and the chemistry works out, we can seriously make some waves. We’ve always had the talent, but the chemistry limited us a little bit last year. There’s a lot of selflessness on this team.”

Long said that although the team is confident in its potential, the players are just looking forward to getting on the field. Seaberg said he feels ready to start a strong season.

“I think we’re pretty prepared,” said Seaberg. “We look good in practice. The offense is clicking well together. The defense is playing well together as well. I’m just dying to get back out there.”

The Bombers’ first official game of the season is at 1 p.m. Feb. 22 at St. John Fisher College in Victor, New York.