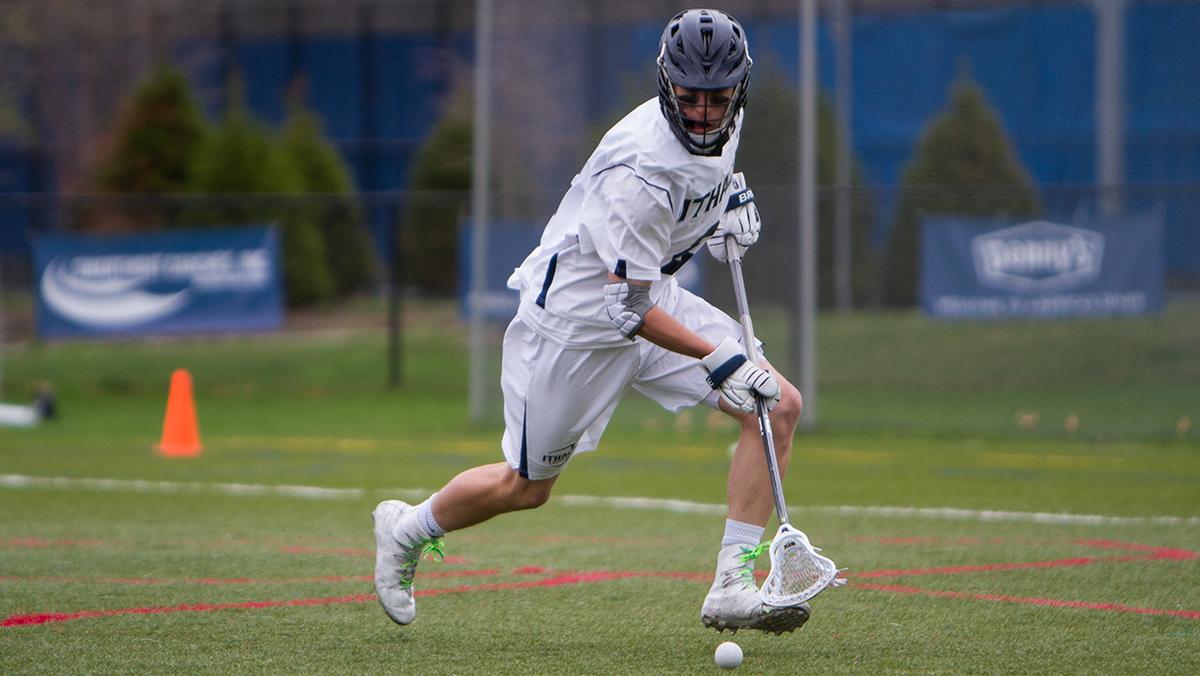 The Saxons got on top 1–0 less than two minutes into the first quarter, but the Bombers responded quickly, putting up five unanswered goals of their own before the quarter’s end. Junior attackman Jake Cotton had two of those goals, as well as an assist.

The Saxons fought a lot harder in the second quarter, but the Blue and Gold held their own, enough to take a 9–4 lead into halftime.

The fourth quarter was very much a defensive battle as both teams combined for just six goals, three by Alfred and one by the Bombers.

The South Hill squad returns to action at 4 p.m. April 26 at Higgins Stadium when the team hosts the Elmira College Soaring Eagles.