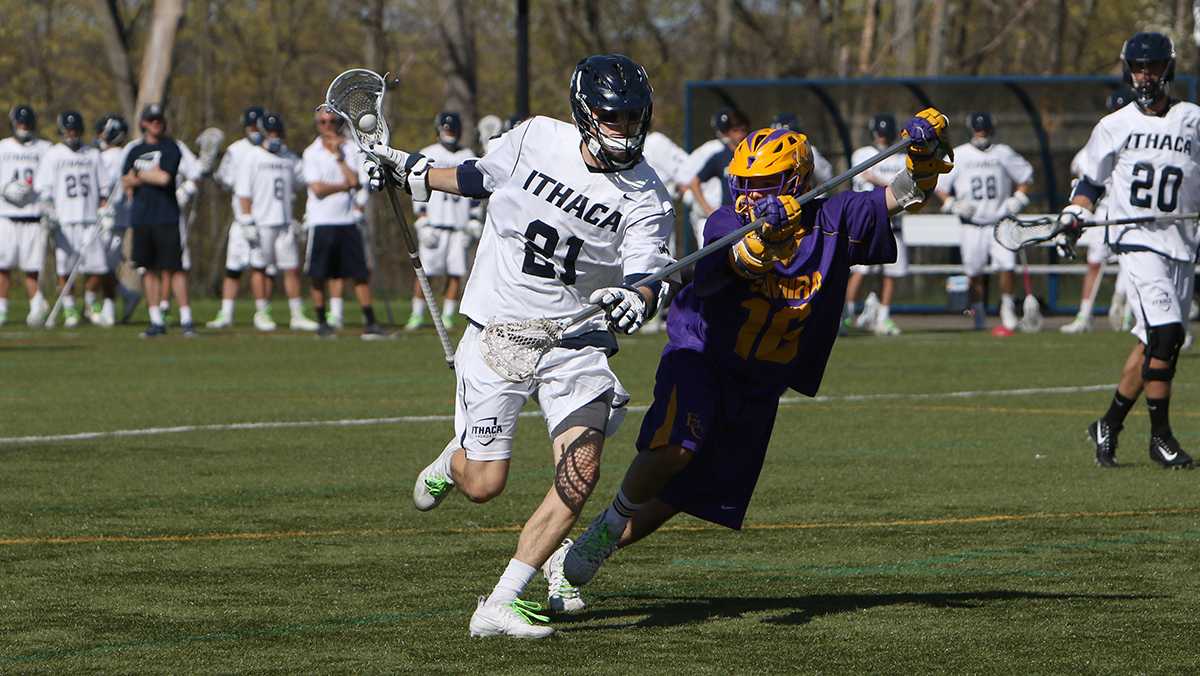 The Bombers put the game to rest early, racking up nine goals from six different scorers within the opening 10 minutes of the game.

Shumway currently sits atop the Empire 8 with 48 goals this season, as well as in goals per  game with an average just under 3.5.

Elmira put a point on the board when junior attacker Nevin Olney went unassisted to cut the Bomber lead to 9–1.

Freshman attacker Dan Lee of the Blue and Gold struck the back of the net off a feed from fellow freshman midfielder Kevin Enos.

Using that late momentum, Elmira came out swinging. The team scored their fourth and final goal just 10 seconds into the second half to make the score 16–4.

The Blue and Gold tightened their grip on the game, scoring the final three goals and winning by  19–4.

Freshman goalie Robby Atwood played the entire first half and made three saves, registering the win. In the second half, senior goalie Justin Isaacs made seven saves and sophomore goalie Davis Bird made two saves.

The Bombers finish off their regular season against Hartwick College at 3 p.m. April 29 on the South Hill. The game will serve as Senior Day for the Blue and Gold.