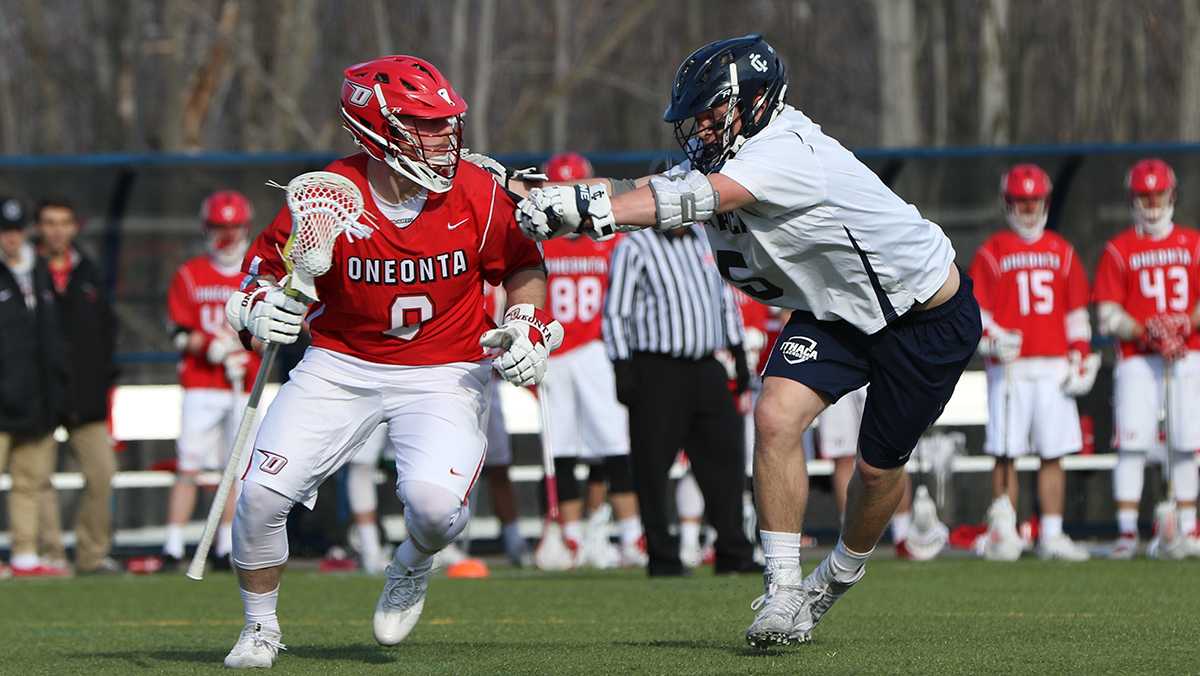 The win places the Bombers at 7–0 for the season, and they remain in the top five in the national rankings.

The Red Dragons drew first blood in the first quarter when sophomore Jimmy Kickel ripped home a shot less than two minutes into the game before adding another almost two minutes later to extend the Red Dragon lead to 2–0.

The Bombers reacted to the Red Dragon frenzy as senior attack Jack Shumway got the South Hill squad rolling off a feed from junior attack Jake Cotton to cut the deficit to 2–1.

The Bombers began to dominate, rattling off six unanswered goals to take a 7–2 lead heading into the second half.

The third quarter saw the Bombers and Red Dragons each exchange a trio of goals to make the score 10–5 heading into the final quarter.

The South Hill squad iced the win in the final quarter when sophomore midfielder Josh Della Puca and sophomore attack Will Witter each struck home to give the Bombers a 12–5 lead.

The Blue and Gold almost shut out the Red Dragons in the final quarter, but it was junior attack Ryan Curley of Oneonta who crashed the party, scoring with six seconds left in the game to bring in the final score of 12–6.

Normally an offensive powerhouse, it was the Bombers’ defense that stepped up, forcing 14 turnovers and collecting 44 ground balls.

Despite the win, head coach Jeff Long said he felt like the team didn’t play with their usual momentum.

“We played at that slower speed and we need to crank it up,” Long said. “It’s nice to get the W, but you want to do that with quality play. But we’re going start over again tomorrow.”

After this five–goal performance, which also included an assist, Shumway now has 32 goals through six games, something Long believes has come from Shumway’s leadership.

“It’s poured over to his game,” Long said. “We are always looking for that one senior leader who stands out, and this year I think Jack has really taken the reins in that responsibility.”
The team will return to action against Utica College at 1 p.m. March 25 in Utica, New York.