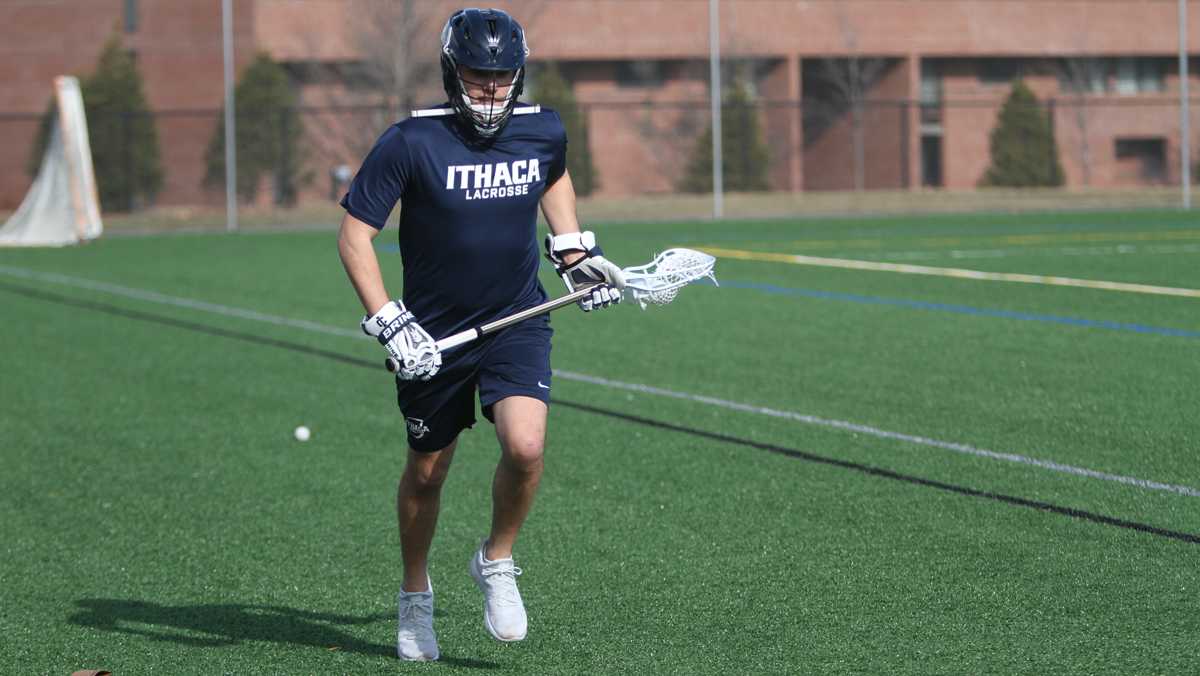 The 2017 Ithaca College men’s lacrosse team had a good season but failed to repeat the success of the previous year, when they were ranked No. 1 nationally entering the NCAA tournament. The Bombers finished 13–4 in 2017, atop the Empire 8 Conference, but lost to Nazareth College in the semifinals of the Empire 8 Championship.

Head coach Jeff Long said he hopes to build on the team’s regular season last year and make a deeper run into the postseason in 2018. The Blue and Gold are ranked No. 11 in U.S. Lacrosse Magazine and No. 12 in the Inside Lacrosse Preseason Top 20.

The team had the best offensive and defensive teams last year in the Empire 8 Conference. The Bombers had a conference-leading 273 goals for and a conference-low 128 goals against. The South Hill squad will face a new challenge this season, however, as it transitions to the Liberty League Conference.

Long said he is not worried about expectations right now but believes that his team will have a tough challenge playing in this new league.

“We haven’t set any expectations for this season; however, the one thing I know for sure is that the Liberty League opponents we will face this season are a lot tougher than any
teams we have played in the past,” Long said. “So we are looking  forward to the new challenge, but in this league, there are no free games, so we have to work hard every day.”

Leading the way on offense for the South Hill squad last season was attack Jack Shumway ’17, who scored 50 goals. Shumway cemented his place in the college’s lacrosse history, as he finished his collegiate career with the fifth-most goals and sixth-most points in school history. Senior defender Keith Morrissey believes that his team will be able to fill the void Shumway has left.

“We as a team believe that we are ready on offense to replace Shumway, considering we are returning essentially all of our midfielders and we are very deep at attack this year,” Morrissey said. “I think that we will be able to be even more dominant on offense than we were last year.”

Not only is the squad losing Shumway, but the captain of the previous two years, John Januszkiewicz ’17, has graduated. Januszkiewicz finished his career on South Hill with the third-most goals and seventh-most points in school history.

A bright spot for the Bombers is the presence of senior attack Jake Cotton. Cotton was second in points last season and led the team for assists with 38. Cotton said he knows the loss of two star players will affect the team; however, he believes this season’s offense is better than it was last year.

“I think if I do well, it definitely will increase the productivity of everyone around me,” Cotton said. “I also think, vice versa, that the team playing well only increases my abilities as a player. Our offense is very strong and has the capability of winning games for us, and I just want to do everything within my power to help this offense.”

This year not only serves as a transition into a new league, but there are also a large number of fresh faces on the roster this season. Senior attack Kaelan Fitzpatrick said he has
faith in this freshman class.

“The freshman class this year is strong,” Fitzpatrick said. “A bunch of guys should see a decent amount of play time, with a few guys having larger roles. With that being said, those guys can’t act or play like freshmen. It’s a quick transition from high school for them, but they will need to step up.”