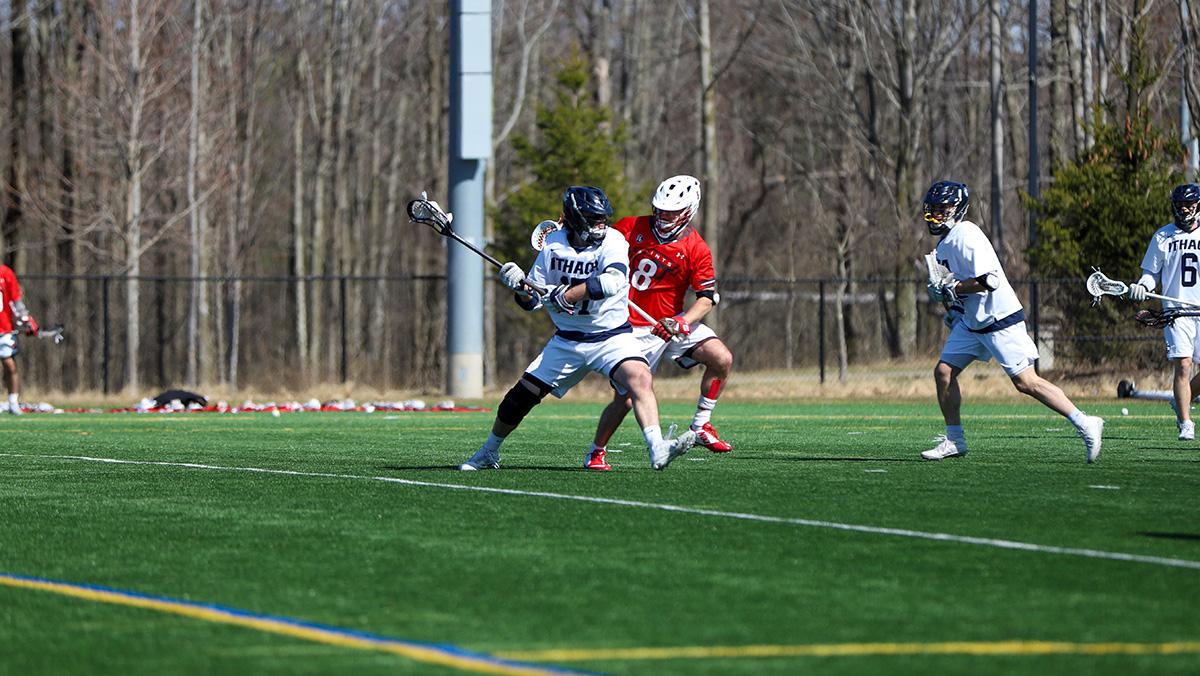 The Saints jumped out to an early lead in the first quarter with six goals to the Bombers’ four. Sophomore midfielder/attack Judge Murphy and senior attack Jack Hennessey each had two goals in the quarter for the Saints. But the Bombers had a much better second quarter, outscoring the Saints 4–2. At halftime, the game was tied at eight.

In the third quarter, the Bombers continued their momentum, outscoring their opponents 2–1 to make it 10–9 in favor of Ithaca College going into the final frame.

St. Lawrence’s scoring was led by Murphy, who had five goals on the day. Graduate student midfielder Josh Huiatt and Hennessey each added three goals.

The loss moves the Bombers from third place in the Liberty League standings to fourth place, staying just ahead of St. Lawrence.

Head coach Jeff Long said the team must evaluate why it was not successful in the fourth quarter, despite going in with a lead and keeping the game very close through the first three frames.

“We played a really good three quarters and I really can’t tell what the turning point of the game was,” Long said. “We need to watch, film and see kinda where things broke down after three quarters because I think up to that point, I think we played really, really well.”

The Bombers will be playing five out of their next six games against Liberty League teams to end the season. Long says that better discipline is important going forward.

“In this league, you got to play a full 60 minutes,” Long said. “We need to be more disciplined all over the field, especially when it’s a tight game the way it was today.”