Men’s soccer picks up third win of season against Stevens 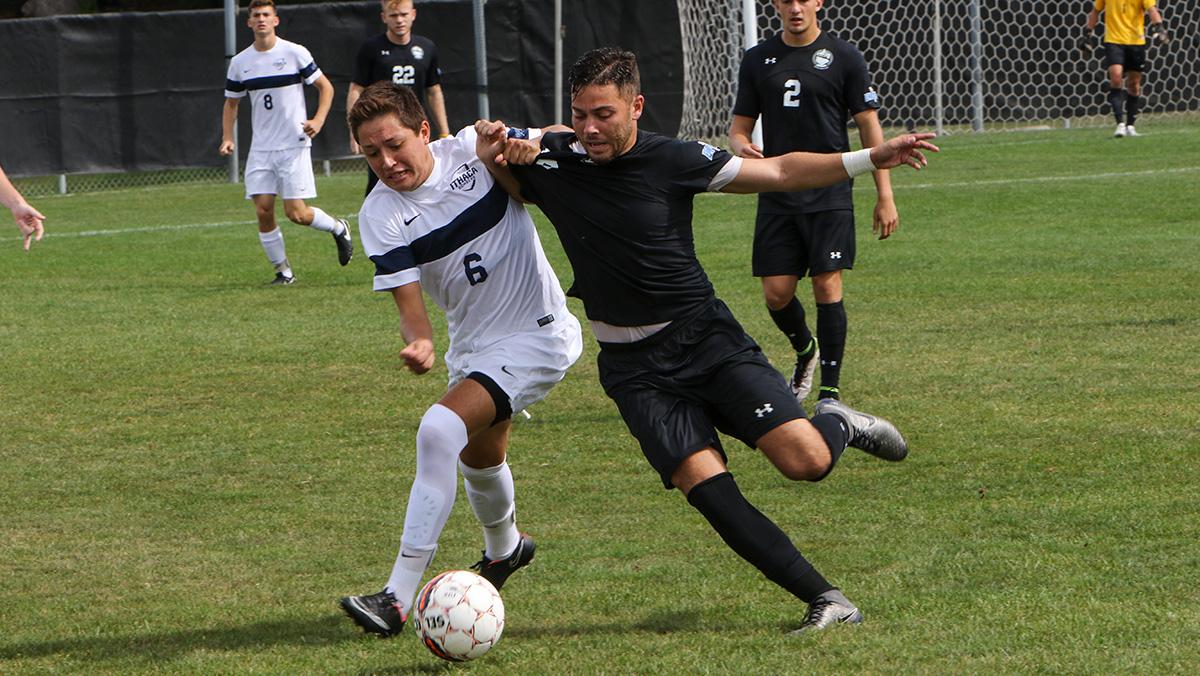 The Ithaca College Bombers men’s soccer team defeated the Stevens Institute of Technology Ducks 1–0 Sept. 18 at Carp Wood Field. The win for the Bombers puts their record to 3–3–0 on the season and 1–0–0 in conference play.

This game was revenge for the Bombers as they were eliminated from the Empire 8 tournament last year by the Ducks. The loss for Stevens is their first loss in conference play since 2009.

At the end of the first half, the Bombers and Ducks were deadlocked at 0–0 with four shots each.

The first card of the game came during the 20th minute when Jay Mikula, the Ducks’ senior forward held up a Bombers player while trying to clear the ball out of danger.

In the 27th minute, the Bombers senior goalkeeper Zach Jacobson made a key save when he punched the Ducks shot just over the bar to keep the game scoreless.

The Bombers had a great chance in the 34th minute of the second half when a shot off a header by sophomore Zachary Lichtman sailed just over the net.

In the 13th minute of the second half, Ithaca Bombers sophomore midfielder Scott Halpern shot an absolute stunner from distance to put Ithaca up 1–0. After Halpern scored, he immediately sprinted to the Ithaca sideline to celebrate with his teammates.

Halpern said his game-winning goal was more than just a matter of luck.

“I just happened to be in the right spot, the ball sort of popped out on a set piece … took a good touch and I just happened to put it on my right foot, saw a spot and just took it, and once I shot it, I kinda knew it was going in and that is all she wrote on that one,” he said.

Stevens had a shot on goal in the 87th minute, but it did not get pass Jacobson. The Bombers held on to win 1–0.

Head coach Patrick Ouckama said the first conference game of the season was just as successful as expected.

“Those games are always tough, no matter what,” he said.

The Bombers look to continue their winning ways when they travel to Hamilton College at 4:30 p.m. Sept. 21 in Hamilton, New York.

The men’s soccer team picked up its second win of the season against Wells College Sept. 13 at Carp Wood Field.

The Ithaca College men’s soccer team picked up its first win of the season Sept. 10.