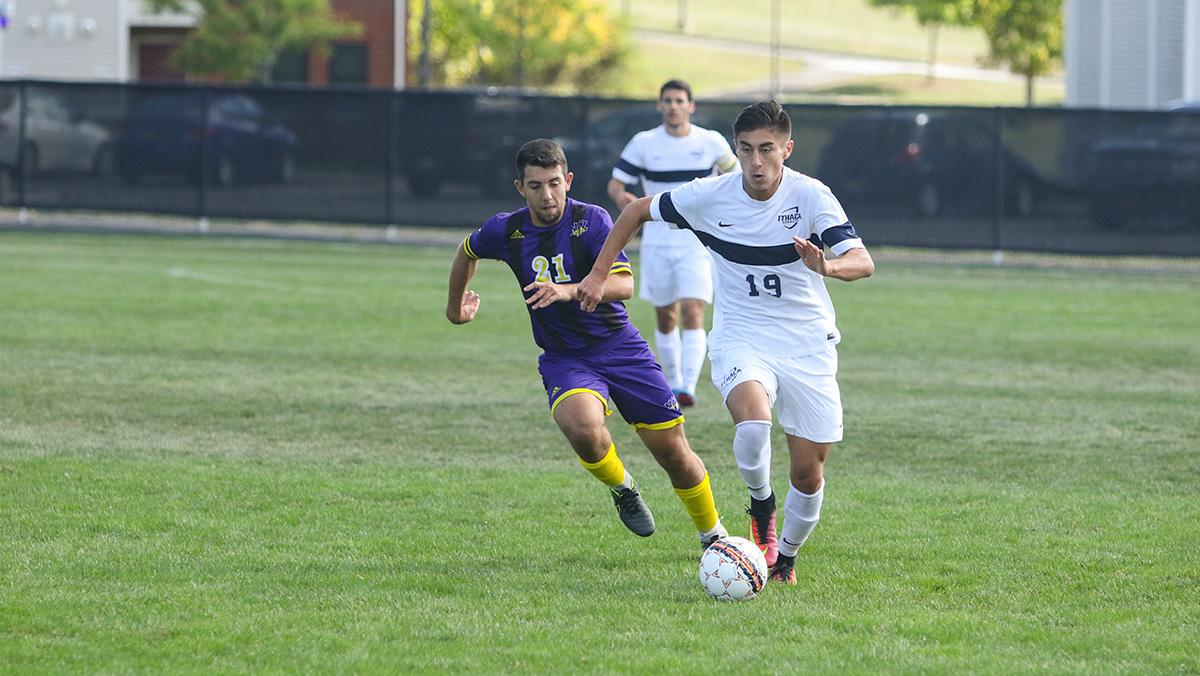 The Ithaca College men’s soccer team posted a 1–0 shutout against Nazareth College on Sept. 24 on Carp Wood Field. The Bombers are now 4–4 on the season.

Just four minutes into the first half, freshman midfielder Justinian Michaels hit a corner kick that led to an unsettled play in the box. Freshman midfielder Kevin Turi was able to win control of the loose ball and find the back of the net for his first career goal, which proved to be the eventual game winner.

Turi, who also had two assists against Marywood University on Sept. 10, now has four points on the season.

Nazareth struggled offensively and only managed six shots total, two of which were on net. The Blue and Gold had 15 total shots, and six on net and five corner kicks.

Though they did not crack the scoring sheet, Nazareth did not let up throughout the match. One of their closest attempts came in the 25th minute of the first half. Nazareth graduate student and midfielder Ben Garcia hit a screaming shot off of a volley, only for it to be saved by senior goalkeeper Zach Jacobsen.

With this victory, the team now remains undefeated in conference play.

The Bombers’ next game will be against Utica College at 1 p.m. Oct. 1 in Utica, New York.

Men’s soccer picks up third win of season against Stevens