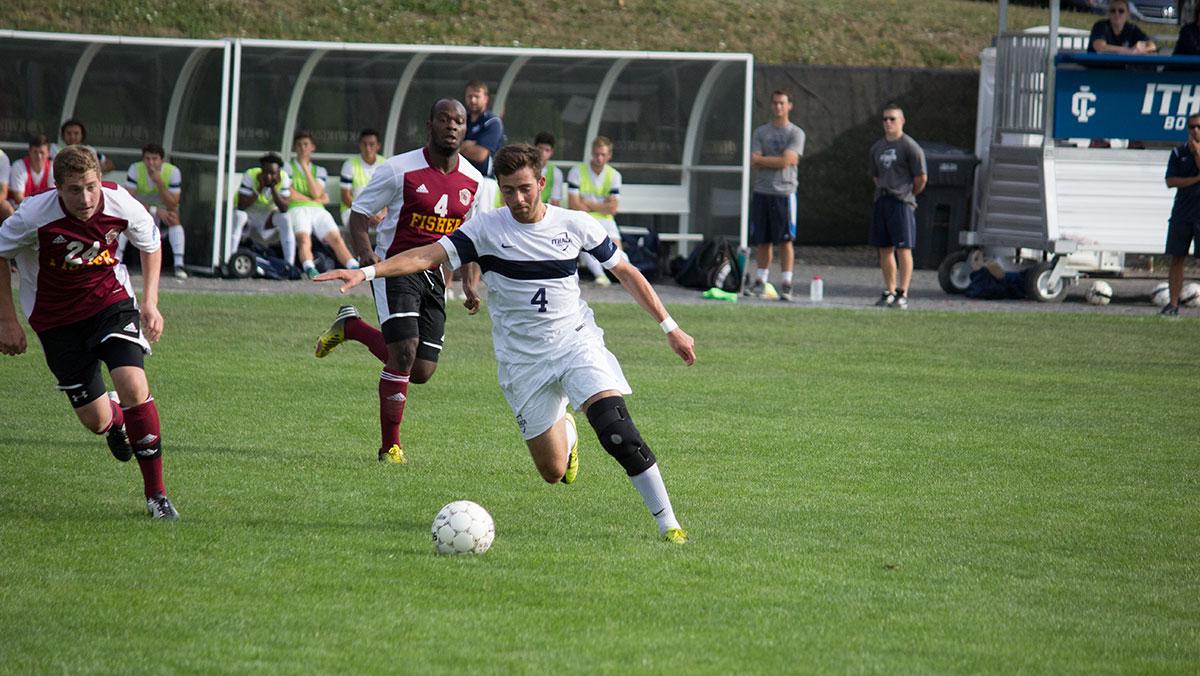 The men’s soccer team rivaled Hobart College on Sept. 29 on a rainy afternoon at Carp Wood Field, dropping a 3–0 loss and falling to 2–5–1 overall.

Only two minutes into the game, Hobart’s midfielder, Derrick Acheampong, scored off a rebound to give Hobart a 1–0 lead early in the game. It was a very back-and-forth affair between the two squads, as every time the Bombers would have possession of the ball and try to advance into Hobart’s defensive end, the Statesmen would steal it right back. The rainfall seemed to be affecting the game and the traction of the players, as many slide tackles occurred.

The squad came close to a goal when a shot was attempted but came just a couple inches above the crossbar. The first half of the match came to an end with Hobart still leading 1–0.

The Bombers came into the second half of the game looking more aggressive and putting more pressure on their opponents, but it didn’t seem to last long.

Junior forward Cobi Byrne said the team could have came together more to play a better game.

The second goal for Hobart came in the 69th minute of play, when Acheampong scored a goal off of an assist by Nick Dosky, giving Hobart a 2–0 advantage. Fewer than two minutes went by before the Bombers let another shot go by them, this time by TJ Kaszubski off of a pass coming from the corner of the box from Acheampong, making it a 3–0 Hobart game.

Hobart attempted another shot, this time making it to the back of the net, but offsides was called, resulting in no point. With six minutes left, the Bombers made some late substitutions in the match in an attempt to score. In the end, the Bombers were not able to come back from that first goal made in the very beginning of the game, although freshman Matt Bukowski said the team went into the second period confident it could get on the board.

“We thought that they were outplaying us and outworking us,” Bukowski said. “We had a lot of confidence going into the second half.”

The Bombers collected only six shots on the day, five of which were on goal.

Junior Ellis Masterman said the team did not play to the best of its ability, and going forward the Bombers need to be more dominant on the pitch.

“That was pretty terrible all around, pretty much throughout the game,” Masterman said. “We have to play harder and play smarter.”

The Blue and Gold look to put the loss in the back of their minds as they prepare for an away game at noon, Oct. 3 against the Stevens Institute of Technology.